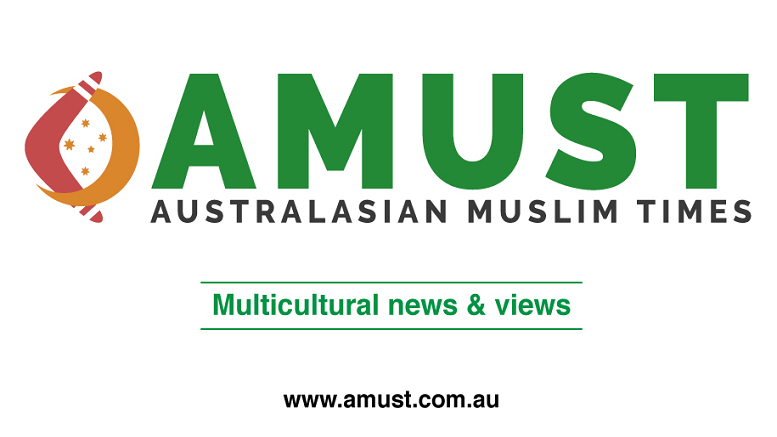 An Australian media outlet, the Australasian Muslim Times (AMUST), is an Islamist-run media outlet working to advance the efforts of the South Asian Islamist movement Jamaat-e-Islami and the interests of the Pakistani regime.

Currently run by Australian activist Zia Ahmad, AMUST was started by Ahmad’s father, the late Dr. Qazi Ashfaq Ahmad, in 1991. Dr. Ahmad had moved to Australia in 1971, the same year that Jamaat-e-Islami helped the Pakistani army conduct a genocide during the Bangladeshi Liberation War.

Following Pakistan’s defeat, hundreds of other Jamaat-e-Islami advocates left South Asia. These radicals subsequently worked to introduce Jamaat-e-Islami ideas in the West, imposing their leadership on existing South Asian Muslim diasporas. Ahmad was active in Islamist circles in Australia, the United Kingdom and the United States.

The Ahmad family did not seek to hide these Islamist connections. Ahmad’s son, Zia, has referred to his family as a “dawah family” and writes in his editor’s column for AMUST that his father “subscribed to the ideology of the Islamic reformative movement, Jamaat-e-Islami propounded by its founder Syed Abul Ala Maudoodi.”

In addition, his late father’s own published list of accomplishments refers repeatedly and openly to his activism and leadership of Jamaat-e-Islami cells. Zia Ahmad also writes openly about his and his brother-in-law’s own involvement with Jamaat-e-Islami activists and groups.

Today, AMUST continues to advocate Islamist ideas, and has become a key outpost for Jamaat-e-Islami’s agenda in Australia, as well as the promotion of Pakistan’s interests.

Recent articles include, for example, a fawning obituary for the late Yusuf Islahi, a leading official of Jamaat-e-Islami Hind, and a regular speaker within Western Islamist circles. Islahi is a conspiracy theorist, reportedly claiming that Jews were behind the 9/11 attacks.

Primarily, AMUST appears to work in the Pakistan regime’s interests, at times appearing almost as an overseas mouthpiece of its Foreign Ministry, parroting Pakistani regime rhetoric. In 2018, for instance, Zia Ahmad denounced “Indian belligerence against Pakistani peace overtures” in the wake of Imran Khan’s purported efforts to “[offer] an olive branch to India in order to solve disputes between the two neighbours through dialogue.”

AMUST articles even seem to include overseas recruitment efforts for the regime’s ruling party, Pakistan Tehreek-i-Insaaf (PTI).  In 2021, AMUST’s Zia Ahmad, along with his company, Seena Inc, were among official “representatives” at Pakistan Day celebrations held in Sydney, alongside senior representatives of the regime in Australia.

AMUST’s pro-Pakistan stand is consistent with its take on the issue of Kashmir. AMUST peddles the same lines as the Pakistani Foreign Ministry: demands for a plebiscite on the future of Kashmir, and incessant references to Kashmir as “forcibly occupied,” “settler-colonial,” “India annexed Kashmir,” and “Indian-occupied Kashmir.”

AMUST articles do not, in line with Pakistan’s agenda, actually advocate autonomy for Kashmir; instead calling for its incorporation into Pakistan. AMUST writer Zahid Jamil despairs that Pakistan did not take control of the entire of Kashmir in 1947, adding that “Pakistan sent its army into Kashmir and somehow managed to liberate one third of greater Kashmir. Although this division of Kashmir separated a large number of families, people of ‘Azad Kashmir’ have enjoyed peace and although they have their own parliament, they found comfort in being with Muslim Pakistan.”

Citing Chinese state persecution of Uyghurs, Rohingyas fleeing genocide in Myanmar, and the Israeli-Palestinian conflict, AMUST deliberately conflates these issues with Bharat’s response to Pakistani-sponsored cross-border terrorism in Kashmir. In an editorial piece titled, “Palestinians, Rohingyas, Uyghurs and now Kashmir: Victims of might is right,” Ahmad propagandizes that Bharat’s BJP led government deliberately targets Muslims and oppresses them “with the deception of fighting terrorists, their populations brutalised. Their women raped, and their children are imprisoned while large sections of their populations are pushed into refugee camps.”

Given AMUST’s pro-Pakistan stance, it comes as no surprise that AMUST glorifies terrorists in Kashmir. Hizbul Mujahideen leader Burhan Wani is described as a “popular Kashmiri leader” and a “charismatic youth murdered by Indian army.” In fact, Burhan Wani persuaded Kashmiris to “join the holy war” against Bharat, offering the “promise of a fulfilled life hereafter.” Hizbul Mujahideen is a designated terrorist organization under U.S. law, and was founded as the militant wing of Jamaat-e-Islami in 1989.

Meanwhile, in an obituary for separatist leader and Jamaat-e-Islami member Syed Shah Geelani, AMUST’s Zia Ahmad calls him a “freedom fighter.” In reality, Geelani was another important Islamist leader, tied closely to jihadists, who operated on behalf of Pakistan and opposed Kashmiri independence.

AMUST also serves as a mouthpiece for Western Islamist movements. It is an active promoter, for instance, of the international activist organization, Stand With Kashmir (SWK). Founded in 2019, SWK officials and partners include Islamist and far-Left academics and activists, as well as former employees of the Pakistani regime.

A report by the Usanas Foundation notes: “Under the cover of progressivist and social sciences rhetoric, SWK openly advocates for jihadists, including Kashmiri terrorists involved with Lashkar-e-Taiba; as well as members of the banned jihadist outfit Dukhtaran-e-Millat, such as its pro-Bin Laden leader, Asiya Andrabi. SWK has worked closely with Jamaat-e-Islami proxies such as ICNA; and, in her academic writings, SWK’s Kanjwal appears to frame Jamaat-e-Islami and its founding ideologue, Abul A’la Mawdudi, as positive influences within South Asia.”

Anjum Rafuqi, the spokesperson for SWK’s Australian branch, has his own column at AMUST, where he posts SWK press releases and boasts of support for SWK’s events provided by Australia’s third largest party, the Greens.

In October 2019, Zia Ahmad attended a rally organised by SWK to protest against Bharat’s revocation of Kashmir’s special status. In an editorial piece, Ahmad wrote: “Taking its cue from the ‘only democracy in the Middle East’, Israel, … India has finally annexed Kashmir embarking on a new wave of brutal oppression, disenfranchisement and human rights abuse.”

Comparisons of Bharat to Israel, and Kashmiris to Palestinians, are a constant theme throughout AMUST writings. Consequently, anti-Hindu Dharma and anti-Semitism feature regularly. In 2019, Australia’s partnership with Israel to tackle drought generated warnings from AMUST that the “Israelization of water” is an “insidious” Israeli ploy. The Australia/Israel & Jewish Affairs Council, meanwhile, concludes that AMUST’s Zia Ahmad makes arguments filled with “antisemitic tropes about the wealth and power of Jews.”

Other Western Islamists, such as the American activist and cleric Aslam Abdullah claim in articles for AMUST that Bharatiyas’ current practice of Hindu Dharma poses a “threat to world peace,” frequently likening Hindus to Hitler, and conspiratorially claiming that “Zionism and Hindutva aim to eliminate Palestinians and non-upper castes.”

AMUST’s willingness to push Pakistani regime talking points, Islamist rhetoric on Kashmir, and attacks on Hindus and Jews, serves to fan the embers of divisiveness and advance Pakistani and Islamist interests.

(A. Natarajan is a Hindu human rights activist, associated with Stop Hindu Hate Advocacy Network and can be reached at [email protected])

(This article was published on islamism.news on February 23, 2022 and has been reproduced here with a few minor edits to conform to HinduPost style-guide.)