Raghav Bahl’s Quint is again in the news for providing a platform to a columnist who wishes PM Modi were dead. The only mitigating factor is that Suprateek Chatterjee, the latest proponent of the ‘death to Modi’ brigade that Quint seems to specialize in attracting, hasn’t explicitly called for the PM’s assassination like another Quint-columnist Vikas Malhotra did earlier this year. 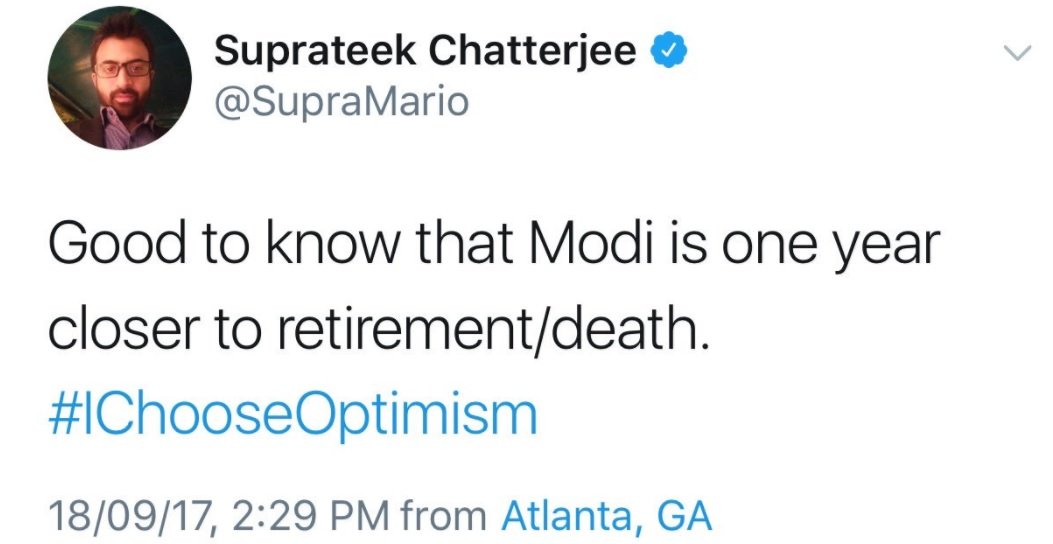 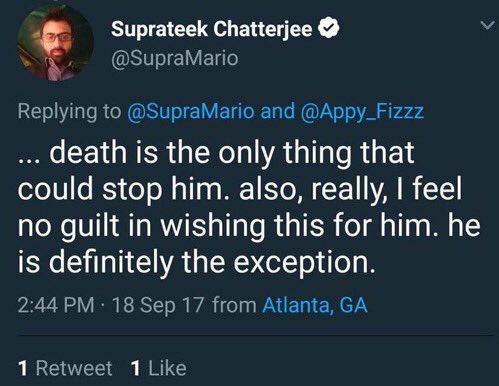 Quint was quick to disassociate with Chatterjee and claimed to be ‘shocked’ at his views. Looks like their memo, after the Vikas Malhotra episode in March, to employees and contributors to conceal their rabid Modi hate is not being adhered to.

Chatterjee has subsequently issued a clarification on his controversial tweets. He says that his tweet was not a death-wish directed at the PM, but ‘simply a wish for him to disappear from the Indian political scenario.’ He goes on to add that ‘whenever that day does come (of Modi’s death), it’s quite possible that I won’t exactly beat my chest and mourn him. This is my constitutional right…‘ Chatterjee ends his statement by lashing out at Quint for setting a ridiculous and dangerous precedent for denouncing him as a hatemonger.

We would like to remind readers about the tweet Vikas Malhotra, another columnist with Quint and Daily O had tweeted earlier this year, during the UP elections – 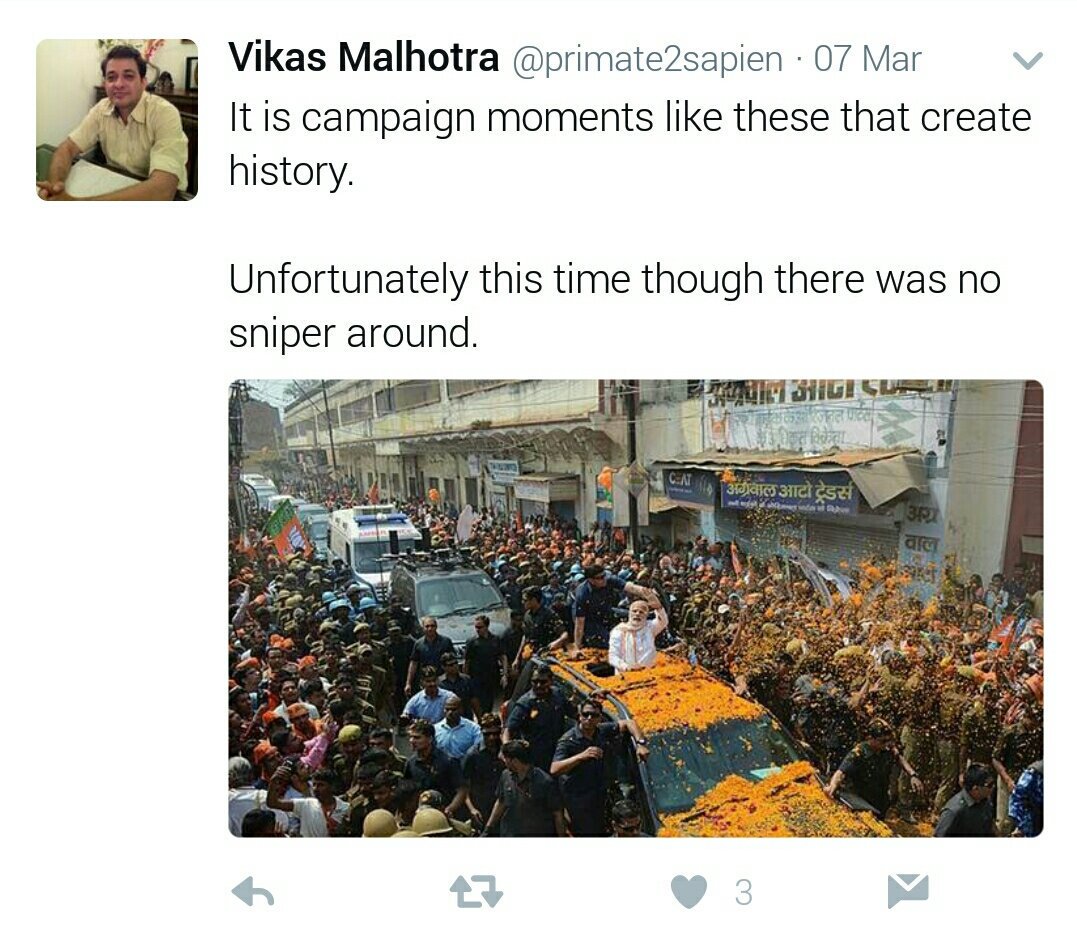 This line of thought which the likes of Chatterjee and Malhotra have impetuously expressed, is actually the open manifestation of a widely-held desire that lurks under the surface in Lutyens’ Delhi and their secular-liberal echo chambers elsewhere in the country.

Sample this support for Chatterjee by another liberal celebrity, who is also the site manager for an online publication on current affair & public policy called thinkpragati.com (this publication’s team has some famous names from the liberal universe & think tank circuit such as Amit Varma, Nitin Pai, Prem Panicker, Aditya Sinha) –

Your ass-kissing of late is astounding.

The ‘death to Modi’ thought actually germinated ten years back in a Karan Thapar column for Hindustan Times in the wake of then Gujarat CM Modi’s comprehensive win in the 2007 Gujarat assembly election. The quintessential Lutyenite, Karan Thapar, had called for the ‘sudden removal’ of Modi to stop the challenge to liberal/secular politics that he correctly foresaw from Modi. Then in 2015, Nehru-Gandhi family confidante and senior Congress leader Mani Shanker Aiyer had requested Pakistan’s help to ‘remove Modi‘ and bring Congress back to power, while speaking to a Pakistani TV channel.

The multiple assassination attempts on Narendra Modi, such as through the Ishrat Jehan module and the serial blasts at the Modi rally in Patna during the LS 2014 campaign, have been all but forgotten. But the danger to the man, from within and without the country, is very real. We can only hope that the intelligence agencies are keeping watch.

The hatred, intolerance and contempt which this nation’s elite liberal-secular crowd harbors for the native, practising Hindu voter does not surprise us anymore. It is time all Hindus woke up to this threat within.