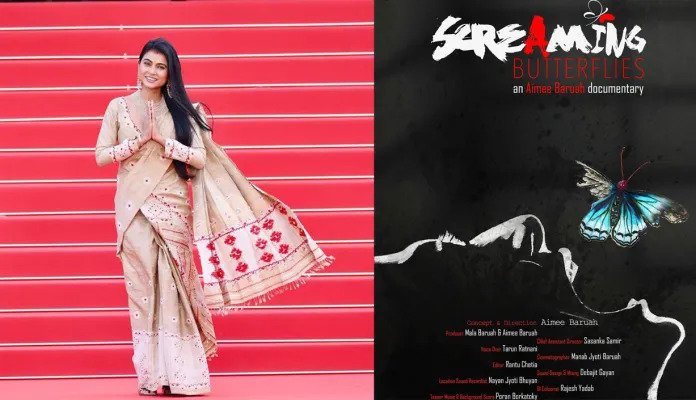 It was awarded the Silver Conch award for Best Documentary Film at the Mumbai International Film Festival and will be screened by the Films Division this month in association with the Satyajit Ray Film and Television Institute (SRFTI).

An OpIndia report in this matter notes:

According to the reports, the documentary contains dreadful stories of all such women who became a victim of conversion to Islam under the pretext of love affairs by Islamist men…

…Elaborating on the film Screaming Butterflies, the director said that in early 2021, she knew 26 girls from Assam who were tricked and tortured by Islamist men who posed using false religious identities to lure them. It was then that she began to shoot the film. “I first wanted to hear their stories. I asked the permission for filming once I heard them out”, she was quoted. The Assamese actor says she is still in touch with each of them…

…Describing the plight of the women, the director said, “the women shared their stories with a hope that it might help other girls from being duped in this way. Every word they spoke came out from the depth of truth”. She added that the film is not about targeting one particular community. “It is wrong for a person from any faith to dupe girls this way and force them to convert”, she stated.

Talking about not blurring the faces of the victims in Screaming Butterflies, Aimee Baruah said that when the faces of victims are not shown, it is very difficult to show their emotions. And it was good that the victims themselves wanted to reveal their faces in cameras and gave legal consent. The victims said they had narrated their stories to the media in the past, but the issue was not highlighted, therefore they came forward to tell their stories on camera.

Saying that the women’s tortures were unimaginable, Aimee said that she could not show everything as she felt it would be too much. She also said that her film is not against a particular community, but nobody in the world should be allowed to treat women like this using fake identities and falsehoods.

“For me, they aren’t just some mere film characters but original people who went through terrible experiences. And if we don’t observe their pain closely, we won’t understand their hardships”, the director said after winning the Best Documentary film (below 60 minutes) award in the National Competition section of the 17th Mumbai International Film Festival.

Despite grooming jihad being a severe problem in several states across the country, the Leftist-Islamist cabal continues to live in denial and even labels it a ‘Hindutva lie’. Islamists trap non-Islamist women in ‘love affairs’ only to exploit them sexually and convert them to Islam. The women are even forced to consume beef and put through unspeakable horrors.

Several states have stringent laws against grooming, but incidents have not seen any decline. “Lives of women get ruined after facing misery. Unfortunately, our laws are not strong enough to punish the perpetrators”, Aimee said. Aimee has won awards and accolades at several film festivals, including Berlin, for her earlier short movie in Dimasa language ‘Semkhor’. She made her debut in Cannes this year.