AAP and the art of manufacturing political stunts 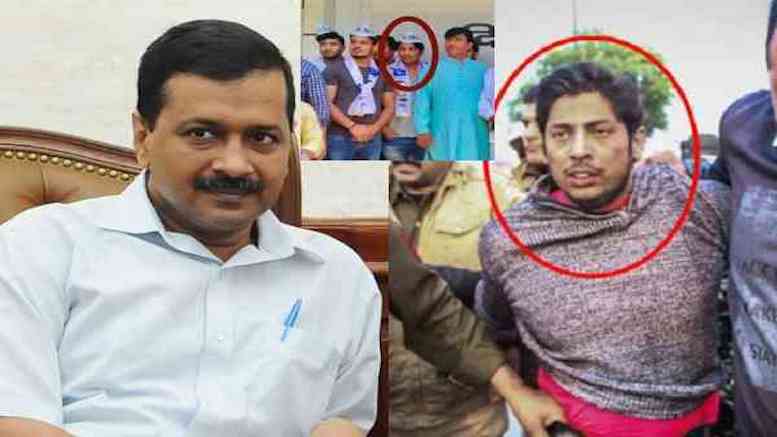 The ‘Hindu terrorist’ Kapil Gurjar who was recently arrested for shooting in the air at the Shaheen Bagh anti-CAA protest site, has turned out to be an AAP worker.

Just the perfunctory way in which Gurjar uttered ‘Jai Sri Ram’ for the benefit of the cameras was a dead give away that there was something murky about the whole affair.

Earlier we had covered the dubious ‘secular’ social media history of the juvenile shooter outside the Jamia campus, again who very helpfully gave himself the moniker ‘Rambhakt’, giving rise to strong suspicion that it too was a staged event. Some liberal heavyweights like Prem Panicker (ex-cricket journalist) and Ashok Krish (Global Head, Digital Workplace Practice at Tata Consultancy Services) are even furiously churning out theories that the ‘communal’ ANI news agency produced a fake mark sheet of the Jamia shooter to prove he is a juvenile and thus ensure lesser punishment for him!

Ever since it burst on the political scenario in 2012 riding on the coat-tails of the India Against Corruption (IAC) movement, AAP has demonstrated a mastery of staging eyeball catching stunts or making outrageous comments. Liberal mainstream media desperately looking for someone to prop as a challenger to Narendra Modi eagerly lapped up every controversy emanating from the AAP camp.

From AAP’s own workers slapping & throwing shoes/ink at Kejriwal, the contrived death of farmer Gajender Singh during an AAP protest rally, to Kejriwal’s hysterical speeches accusing the PM of plotting to kill him or the BJP planning to have his own Personal Security Officer assassinate him, to calling the PM ‘coward, pyscopath, ISI agent’ – AAP is what can be called the first truly ‘reality TV party’ whose functioning is not dissimilar to tacky reality TV shows like ‘Big Boss’ where script-writers manufacture controversies to keep the audience hooked.

Now, it is has even emerged that the major ‘success’ claimed by AAP during their last 5 years rule in Delhi – improving Delhi public school outcomes and ‘outperforming’ private schools – is just another sleight of hand. Investigations and groundwork by ex-AAP workers like Ashok Agarwal have revealed that AAP culled weak students from Class 9 onwards to ensure ‘better results’ for Delhi government schools, which has resulted in over 1 lakh students being pushed out of the school system.

Political messaging – the ability to build a narrative in your favor, strike a chord with the public – is an essential part of politics across the world. But what sets apart the likes of ‘secular’ parties like AAP and the left-liberal-Islamist crowd in Bharat is their propensity to stage events/build fake narratives in order to manipulate public opinion – this seems to have become their core modus operandi, they are permanently in opposition to the ‘other’ and offer nothing constructive or really tangible in their discourse.

And what is the ‘serious’ media analysts response to these shenanigans? They just cooly look the other way, as their blue-eyed boy keeps getting exposed for one drama after another.