Uttar Pradesh: IPS Officer Allegedly Appeals To Vote On The Basis Of Caste 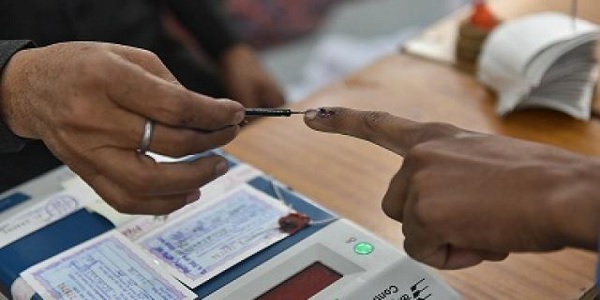 IPS officer Shailesh Kumar Yadav who has been deputed as SP-Vigilant at Prayagraj has reportedly written a controversial post on his Facebook account, wherein he has appealed people to vote for candidates on the basis of caste, reports Hindi news portal livehindustan.com.

Officer Yadav allegedly asked people of three particular communities/castes to vote only for candidates from their specific communities.

‘Only vote for those who belong to your jamaat; it is better to drown yourself rather than vote for someone outisde your jamaat – irrespective of the flag (party affiliation) they represent’

Meanwhile, the Facebook account created under his name has now been deleted and the officer has refused to confirm or deny making such a post. Other police officers refrained from commenting on this, but it is believed that action may be taken on him if the dispute increases as the comment inflames social fault-lines.

Bharat’s bureaucracy – IAS, IPS and other services – is in drastic need of reform. The intense politicization of these services due to our no-holds barred multi-party democracy is one aspect which needs to be resolved – even more pressing is the education and training of these officers which needs to be modernized to build pride in our civilizational ethos and continuity & inculcate a spirit of serving the people, instead of the current colonial-era structures that breed arrogance and foreign-‘ism’ dominated ideas which neither inspire nor motivate.