Anti-conversion ordinance in Uttar Pradesh : a much needed legal intervention 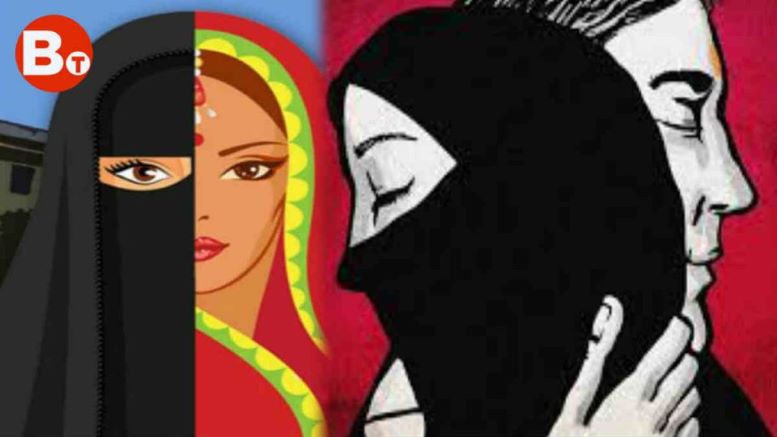 According to reports, the Yogi Adityanath government in Uttar Pradesh is planning to promulgate an anti-conversion law through ordinance. This is being done in view of the increasing number of cases of grooming of Hindu girls by Muslim men in the state, where Muslim men have concealed their religious identity to lure Hindu girls, sources said. This phenomenon is also termed as “Love Jihad”, but we use the term grooming as it has a much wider scope and more appropriately describes the whole process.

In recent times, the maximum number of such cases have been reported from Kanpur and Meerut. Often, it is seen that underage Hindu girls or girls from vulnerable backgrounds are being groomed by Muslim men with false Hindu names. Many of these men are already married and are much older than the girls. Clearly it is not “love” but something else in play.

The anti-conversion laws in various states seek to prevent any person from converting or attempting to convert, either directly or otherwise, another person through ‘forcible’ or ‘fraudulent’ means, or by ‘allurement’ or ‘inducement’. Even as Christian missionaries and their leftist-Islamist allies term these laws as unconstitutional and impinging upon the fundamental right to propagate religion, we must remember that in the Stanislaus v. State of Madhya Pradesh case of 1977, the Supreme Court had said that “right to propagate religion” did not include the “right to convert” any person!

This judgment was necessitated by the Freedom of Religion Acts enacted by Odisha and Madhya Pradesh in 1967-68. Christian missionaries wanted unfettered right to convert Hindus by hook or crook, while the government became aware of their activities. Therefore, Mr. Stanislaus challenged the act in MP High Court and the case went up to Supreme Court.

In time, six other states – Arunachal Pradesh, Chhattisgarh, Gujarat, Himachal Pradesh, Jharkhand, and Uttarakhand- enacted similar laws, with Uttarakhand as recently as in 2018 after being suggested to do so by the High Court!

According to reports, “The law in Uttar Pradesh would be quite similar in nature which would make religious conversions a complex and cumbersome procedure,” said an official in the law department.

Uttar Pradesh has seen many cases of grooming recently, specially in Kanpur. It is reported that many of these cases are connected to a certain locality called Juhi Colony in Kanpur. This issue received much limelight and the state government had set up a special investigation team (SIT) to probe 11 such cases of ‘love jihad’ in Kanpur recently.

While the reason for new law in Uttar Pradesh is Muslims grooming Hindu girls, originally it were the activities of Christian missionaries which forced the state govts to bring anti-conversion laws. After independence, the government of Madhya Pradesh constituted a committee headed by M. Bhawani Shankar Niyogi, a retired Chief Justice of the Nagpur High Court(this high court later became a bench of Bombay HC) and included five other members viz. M.B.Pathak, Ghanshyam Singh Gupta, S.K.George, Ratanlal Malviya and Bhanu Pratap Singh.

This committee was to look into the activities of Christian missionaries and contacted thousands of people for preparing the report. The findings were shocking to the policymakers of the time. It found that :-

The anti-conversion acts referred above were based on the findings and recommendations of Niyogi committee.

The laws enacted in previous states have not proven very effective in curbing missionary activities. Large scale conversion is still going on in those states and there are hardly any convictions under these acts ever. However, these sometimes have a deterrent effect by their very existence and are useful in that manner.

The UP law might be made keeping in view the issue of grooming and might include some other provisions too. We suggest that a clause may be included that any inter-religious marriage be compulsorily registered under Special Marriages Act. Currently Muslim groomers convert the girls to Islam and marry under Muslim law. As child marriage is allowed under Muslim law and polygamy is also allowed, the rights of women are not protected. Further, she cannot claim any alimony if she decides to not remain with the husband.

By registration under SMA, all these issues can be avoided. Child marriage cannot happen under SMA, similarly polygamy is not allowed and women can also claim alimony. There is an urgent need for a legal framework against grooming of Hindu girls by Muslim men and hopefully the law in UP will provide a template for other states to emulate.