“Though I am a Hindu, I believe in the gospel of Jesus:” SC Justice Banumathi at her farewell function 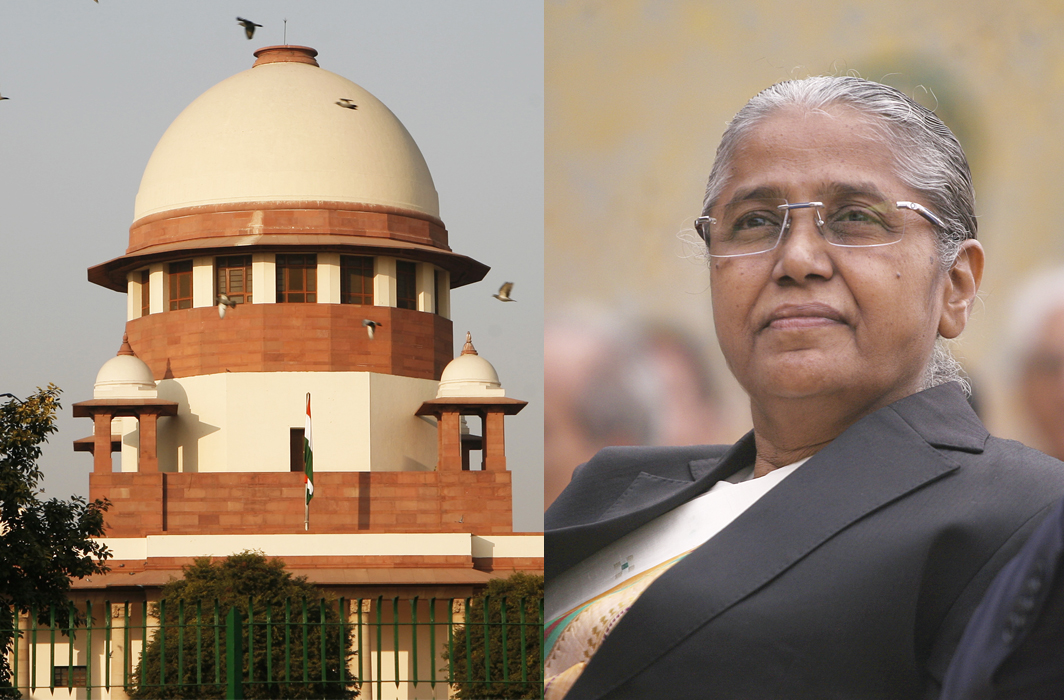 The Supreme Court Bar Association today hosted a farewell function for Supreme Court (SC) Justice Mrs. R. Banumathi, who was also part of the SC collegium – the first woman judge to be appointed there.

We reproduce some comments made by Justice Banumathi and other legal luminaries during the farwell function, as live reported by legal news site LiveLaw.

“I have served the institution for more than 3 decades. Today morning while I was talking to my brother and sister judges, I was sharing something about my personal life. I was born in a very small village, in a backward district in Tamil Nadu.

I lost my father in a bus accident, when I was of 2 years age. In those days, we had to file a suit for compensation. We mother filed the claim and court passed a decree. But, we couldn’t get the amount due to complicated procedures & lack of assistance. Myself, my widowed mother and my two sisters; we are victims of court delay and its procedural lags. We did not get the compensation till the last day.

Though I am a Hindu, I believe in the gospel of Jesus. By the Grace of Jesus, I got educated and came up in life. I got into the Tamil Nadu higher judicial services at the age of 33 in 1988 and served the institution for over 3 decades. During my judicial service, there were mountains of obstacles for no reason. Yet no human hand could prevent what Jesus Christ has ordained for me in my life.”

“It is indeed a sad day that one of our beloved judges is leaving us today. As a district judge, she had some great judgements to her credit. In one case, involving a murder by a Baba, she did not hesitate to give him two terms of imprisonment of 32 years

She rendered great orders as a High Court, and coming to the Supreme Court, she presided over the Nirbhaya. I have had the privilege of arguing before her in multiple occasions.”

The ‘Baba’ (a term used usually for Hindu holy men, with a pejorative connotation in certain contexts) AG Venugopal is referring to above is Swami Premananda, a Sri-Lankan Tamil guru who moved to Bharat in 1984 to escape the Sri Lanka civil war, and was convicted in 1997 by then district and sessions court judge R Banumathi for rape and murder along with 6 other inmates of his ashram.

Swami Premananda was sentenced to double life imprisonment and died in prison in 2011. There were allegations of conspiracy, police torture to force girls from the ashram to testify against the Swami and doubts were also cast on a DNA test conducted in the case. The prime witness girl also completely retracted her testimony in court, but the Swami was found guilty and sentenced. SC rejected an appeal in 2005. In 2015, Chief minister of Sri Lanka’s Tamil-majority Northern Province C V Wigneswaran requested Prime Minister Narendra Modi to release the three remaining life convicts in the case, insisting they were innocent.

“My Ladyship, I must confess, that the Court will have a serious vacuum without you and the Collegium will find it difficult to fill it up. The Bar will miss you, as in you we found an independent Judge who was always willing to listen to us.

As member and later, President of Tamil Nadu State Judicial Academy, you contributed immensely. You recognised and advocated social justice under the Constitution. You also authored various handbooks and books.”

Dave then went on to talk about how the Bar (lawyer body) is not being ‘supported or cared for by the Bench.’ He asked for courts to be restarted and for virtual and physical courts to exist side by side during the Covid-19 crisis, as closure of courts was having a serious financial impact on junior members of the bar, clerks etc. He ended by saying –

“Fortunately, you are not leaving Delhi and I hope you will join us, maybe by way of arbitration. We wish you lots of happiness and success. Thank you.”

In 2006, as a Madras High Court judge Justice Banumathi had banned the Hindu traditional Jallikattu sport in the state – interestingly, that judgement was passed by unilaterally expanding the scope of a case where the petitioner was seeking permission for rekla (bullock cart) race.

In 2009, Justice Bhanumathi endorsed Government control over Hindu temples when she rejected a plea against appointment of a Government executive officer for the famous fifth-century Natarajar Temple at Chidambaram.

While hearing the bail pleas of Chidambaram in the Supreme Court, she had rejected the prosecution’s contention that the latter was likely to flee the country, granting him bail in the Central Bureau of Investigation (CBI) case related to allegations of bribery in the INX Media case.

Banumathi was also part of a nine-judge bench that refused to re-examine the top court’s twin rulings that established and institutionalised the collegium system. The collegium system in place since 1993 to appoint judges to Bharat’s higher courts has been criticised as ‘opaque and arbitrary’ by many. In 2016, then SC Justice Jasti Chelameswar, one of the five senior judges in the collegium at the time, refused to attend the SC collegium meetings headed by CJI calling them “most opaque”, and that the “majority gangs up” to shoot down genuine objections against undesirable candidates.

Modi government’s proposal to form a NJAC (National Judicial Appointments Commission) to involve more Constitutional appointees in a transparent process of judicial appointments has been repeatedly rejected by the Supreme Court. Even a new Memorandum of Procedure (MoP) for the appointment of judges is yet to be finalised because of continued disagreements over it between the Centre and the SC for more than four years.

Justice Banumathi was also part of a bench with former chief justice Dipak Misra that rejected the Nirbhaya rape accused’s review pleas and confirmed an earlier 2017 ruling on their death sentence.