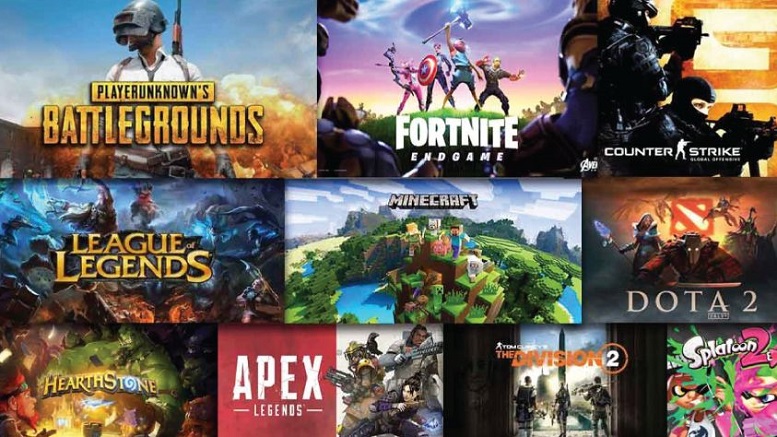 Even without mental-health experts or doctors telling us, we know that excessive time spent online, engaging in video gaming and other online pastimes is counter-productive for social, spiritual, physical, psychological, and mental well being. This is true for adults and children. Time spent online keeps children away from learning, social interaction, developing interpersonal skills, and from outdoor activities that include physical exercise. Much of this applies to adults too. Add to this the addictive nature of online activities leading to graver mental and physical issues. With vaccinations having significantly reduced the requirements for Covid-related social distancing, the exceptions made to accommodate online activities are no longer essential and people need to return to healthier lifestyles.

Taking account of the physical and mental damage that excessive online gaming can do, China recently introduced a policy that significantly cuts down gaming time for children under 18. It had put a complete ban on gaming consoles for around 14 years until 2014, and recently added stringent rules for accessing online video games by minors (below 18).

In 2019, it had placed restrictions such as allowing minors no more than a daily 90-minute access to online video games plus limiting the amount they could spend on virtual gaming items each month, the limit being between $28 and $57 depending on the minor’s age.

In August this year, the access time has been further restricted to 3 hours per week and access is only permitted between 8 and 9 PM on Fridays, Saturdays, and Sundays. Additionally, all companies providing video games are mandated to connect to an anti-addiction system operated by the NPPA (National Press and Public Administration) which monitors, regulates, and controls print and Internet publications in the country. Gamers will be required to sign in with their real names and use government-issued identification documents. NPPA said gaming companies will need to prove they have effective identification systems in place. Number of inspections and their intensity will be increased to ensure rules are followed and companies violating rules will be punished.

The policy change aims at addressing the addictive nature of video games and protecting children’s mental health. Earlier, in 2018, official concerns were expressed regarding rising eyesight problems among young people and addiction to video games was equated with ‘spiritual opium’. These physical and mental health issues are meant to be addressed.

Currently 110 million minors play video games in China. The new restrictions are expected to significantly reduce this number and reduce the overall time and money spent on gaming in the country. Gaming companies such as Apple will be impacted by the new set of mandates. The Chinese gaming company Tencent had taken the preliminary step in 2017 itself to curtail gaming among children by limiting gaming time for its popular game, the Honor of Kings. Recently, it rolled out a facial recognition feature to prevent children from playing between 10 pm and 8 am.

Some young gamers objected to the new mandate on social media saying that the sexual consent age in China is 14 and young people are permitted to work from age 16 but one has to be above 18 to play online video games. It is being said that young gamers would find mechanisms to circumvent the mandate by signing up on foreign servers.

Per Statista, Bharat recorded 365 million online gamers in the financial year 2020. The KPMG 2020 report projected this number to reach 400 million by June 2021. Of this, 18% are from the 5-to-14 age group so number of children gamers is around 72 million. One report suggests that although fewer minors play online games, the time spent playing online is increasing. Pranav Panpalia, Founder, OpraahFx, which works with gaming influencers, said that average time spent on games per week is 7.5 to 9 hours and for minors this time is at least 1.5 times higher.

In June 2018, the WHO classified gaming addiction as a mental-health disorder and described it as “a pattern of persistent or recurrent gaming behaviour that becomes so extensive that it takes precedence over other life interests.” In its update of the International Classification of Diseases, WHO stated that gaming could be as addictive as gambling and cocaine.

In June 2020, the government banned 59 Chinese apps including TikTok while giving the companies an opportunity to explain their position on complying with privacy and security requirements. The June 2020 order cited that these apps were “prejudicial to sovereignty and integrity of India, defence of India, security of state and public order.” In January this year, the 59 apps were permanently banned. In September 2020, Bharat banned 118 more apps including the PUBG game by Tencent.

Impact of gaming on society

In Bharat, as elsewhere, cases of unhealthy addiction to games like Dota 2 and PUBG and their adverse effects on academic performance and mental health have been highlighted. Incidentally, Dota 2 that was a rage in Bharat until 2018-19 lost popularity after that period and completely died in 2020. Similarly, the highly addictive PUBG was one among the 118 apps banned in September 2020. But other addictive games continue to be played. One report cited games like Fortnite, League of Legends, World of Warcraft, Call of Duty, and Candy Crush as the most addictive games and they have not been banned so far.

Our society had witnessed how video games such as PUBG are linked to violent crimes:

Reports show that the addiction to online video games can increase crime rates in society. One study found:

Research shows that children and adolescents who play violent video games showed an increase in emotional arousal and aggression and a consequent decrease of activity in brain involving self-control, reticence and awareness.

In one case, under the pretext of shooting a harmless prank video, three men were engaged in inappropriately touching women and young children and uploading the obscene content from such videos.

Even before China’s new diktat on video games was issued in August, in July, courts in Bharat, in response to a petition, asked the Union government to work on the issue of online game addiction in children. The petition was filed in response to children committing petty crimes, suffering depression, even committing suicide due to online game addiction:

The Delhi High Court on Wednesday directed the concerned authorities of the Central Government to decide the representation made by petitioners seeking direction to the Union of India to consider formulating a national policy to protect the children from online games addiction and also to constitute a regulatory authority to monitor and rate the content of both offline and online games.

The national policy would need to cover the role of schools in providing counselling. Such a framework is needed since Bharat has no dedicated and specific laws to regulate video and online gaming, while such laws exist for betting and gambling both of which are state subjects. As this study shows:

Only a single state in India has regulated and enacted a law pertaining to online gaming. The Sikkim Online Gaming (Regulation) Act, 2008 was passed on June 28, 2008 by the Government of Sikkim and the main objective of the act is to control and regulate the online gaming and also to impose tax on the games. Thereafter The Sikkim Online Gaming (Regulation) Rules, 2009, was passed on March 4, 2009 in order to make the Act of 2008, operational.

Just like video games, pornography too is addictive and leads to depravity and perversion culminating in violent crimes like rape and sexual assault.

Prior to technological advancement, Sections 292, 293, and 294 of the IPC were used to prevent sale/distribution of obscene material, circulating pornographic material to those below 20, and committing obscene acts in public, respectively.

With electronic availability of pornographic material, Section 67 of the IT Act 2000 makes it illegal to read/hear/watch and publish/circulate/transmit sexually explicit material in electronic form. Consuming or reading of such material that has the effect to ‘deprave or corrupt’ can entail a 3-year jail term and a Rs-5-lakh fine, and, under Section 67A, publishing or circulating such material can have a 5-year jail term and a Rs-10-lakh fine.

Viewing and circulating sexually explicit content could be considered an aspect of free speech which, under Article 19(2) cannot be restricted for individuals in the privacy of their homes except on eight grounds one of which is ‘morality and decency.’ It was on this basis that in July 2015, the Department of Telecommunications (DoT) issued an order to Internet Service Providers (ISPs) to ban 857 pornographic sites. Later the order was diluted and only sites with child pornography were required to be blocked.

However, once again in 2018, DoT instructed five of the largest ISPs to ban 827 pornographic websites from their network.

Reasons for taking this step taken are reported as:

…major telecom companies like Jio, Airtel, and Vodaphone banned and still continue to ban pornography websites from their network till date, you can still find them on google searches but most ISPs will display a page that read “YOU ARE NOT AUTHORIZED TO ACCESS THIS WEB PAGE AS PER THE DoT COMPLIANCE”.

However, citizens found ways to circumvent the ban by using VPNs, DNS server changes, and proxies. Discussing this circumvention by citizens, the report says:

If the government finds a foolproof mechanism to curtail access of individuals to electronic pornographic material, it would at least partially help to cut down degenerate acts and curtail violent crimes against women and children. Perhaps the national framework for video game addiction mentioned above can be made broader based to include porn-related issues as well.