SC woke up on Shaheen Bagh after damage was done 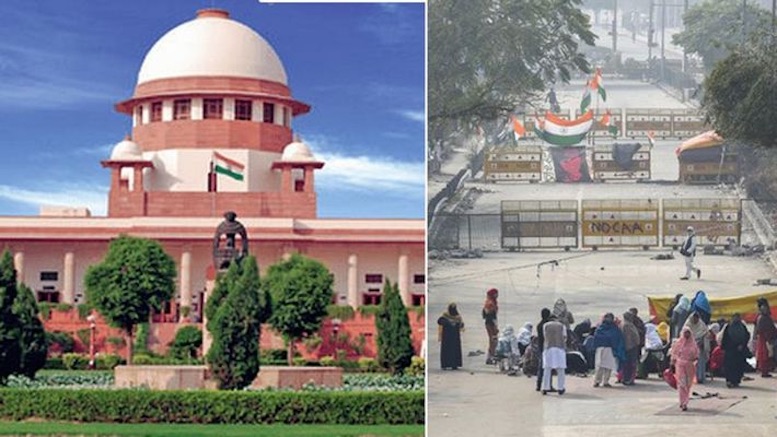 The emphatic judgement delivered on October 7 by a three-judge bench of the Supreme Court headed by Justice Sanjay Kishan Kaul on the untenability of Shaheen Bagh like protests should ideally have come around January-February this year.

North-East Delhi would have been saved a communal conflagration fanned by Muslim desperadoes in which 53 people were killed and property running into several crores scorched. The nation’s ears would not have been pounded with the daily barrage of anti-national harangues and threats to cut off parts of the country from Islamists and their Left-Liberal backers. A prolonged political protest of over two months could never have lasted without assured funding from enemies abroad. And, sure enough, there was the hand of the ISI linked Popular Front of India (PFI) among others.

It is unfortunate that the SC order was confined to the legitimacy of using public spaces for prolonged protests. Ideally their lordships ought to have also commented on the legitimacy of the agenda behind the blockade, and its implications on national security. They played safe. It would be a serious mistake to consider Shaheen Bagh merely as a demonstration against the Citizenship Amendment Act (CAA) in a Muslim majority part of the national capital. The daily poison spewed from its podium became a convenient umbrella for the Break Bharat brigade to incite sedition against the state.

The apex court displayed pathetic lack of will in directing the government to firmly deal with the rabble-rousing of the sit-in. Even when petitioned in February it took recourse to the soft option of appointing two interlocutors (senior advocates Sanjay Hegde and Sadhana Ramachandran) whose political views were largely in consonance with the treasonous throng. Hegde is a recognized critic of the Modi government. Left to himself, Union Home Minister Amit Shah was more than capable of smashing the subversive congregation. The political compulsion of not being seen as intolerant in the foreign media coupled with the prime minister’s own reluctance to act tough compelled him to allow the hideous spectacle to play out right under his nose day after day.

A six-member team of a Delhi based NGO, Call for Justice, comprising retired high court judges, IAS officers and doctors had visited the riot torn areas, conducted a thorough inquiry, and submitted a report to Amit Shah early June. The findings confirmed what was all along an open secret. The riot was a pre-planned conspiracy hatched by the tukde-tukde gang and timed to coincide with the visit of the US President. Behind it were bodies like Pinjra Tod, Jamia Coordination Committee, Alumni Association of Jamia Milia Islamia, and the PFI acting in concert with fringe organizations like the Bhim Army plus local politicians of the Aam Aadmi Party (AAP) and Congress.

The pitch of the hate speeches, the report said, were raised to give it an emotive, communal edge. Radicalized groups had their message delivered from mosques through the azaan broadcast from loudspeakers multiple times every day. A whopping Rs 120 crores was deposited in 73 bank accounts of the PFI to execute the anti-CAA drive, and engineer the riots. Well known lawyers Kapil Sibal, Indira Jaisingh and Dushyant Dave, the usual suspects, were on the PFI’s pay roll. Sizeable funds began pouring into the Front’s coffers months before the riot, the lion’s share of which was in cash. That Shaheen Bagh is the national headquarters of the PFI was not widely known.

Even when appointing the interlocutors, the court’s observations had been virtually identical to its October 7 order which said that public places cannot be occupied indefinitely. “Dissent and democracy go hand in hand, but protests must be carried out in designated areas…Occupation of public place for protests is not acceptable.” The order referred to the interlocutors’ report which admitted the “absence of leadership” and presence of “many influencers” because of which the protests “no longer remained the sole and empowering voice of women…”

The crucial part of the SC order is where it observes that “the erstwhile mode and manner of dissent against colonial rule cannot be equated with dissent in a self-ruled democracy”. The Constitution guarantees “the right to protest and express dissent, but with an obligation towards certain duties…Fundamental rights do not live in isolation. The right of the protestor must be balanced with the right of the commuter. They have to co-exist in mutual respect.”

The apex court belatedly pulled up both the Delhi High Court for not intervening earlier as well as the administration (read Modi government) whose job it is to prevent encroachments in public spaces without waiting for the courts to pass suitable orders. The courts, said the judgement, are not meant to give shoulder to the administration to fire their guns.

Fine words in retrospect, but anyone acquainted with the ways of Bharat’s dysfunctional democracy anchored in pseudo-secular principles would know the abrasive noises which noxious human rights organizations would have made had the shouting brigades been forcibly evicted by the police. Slaves of foreign funded NGOs like Harsh Mander would have petitioned the SC, and the latter would have sought the Modi government’s explanation, putting it on the defensive.

Predictably enough, the judgement did not go down well with hardened liberals who think they have unfettered rights to protest anytime anywhere regardless of what the rest feel. The editorial of the Indian Express on the apex court’s order showcased the repulsive sentiment: “…These were largely spontaneous, mostly leaderless protests which sheltered under portraits and banners of the founding fathers and held up the tricolor and the Constitution as they addressed the government and demanded the roll-back of a law that specifically excludes Muslims from its promise of fast-tracked citizenship to religious minorities.

“…the mini-Shaheen Baghs — in Wasseypur in Dhanbad, Park Circus in Kolkata, Subzibagh in Patna, or Mohalla Bhandaridih in Giridih, to name just a few — had a specific and shared characteristic: They were located in Muslim-dominated neighborhoods, even as they invoked and invited larger solidarities, across communities. It is not surprising that in its effort to make itself heard, and to make the government listen, an embattled minority should have sought the comfort of its own neighborhoods.”

And then came the coup de grace: “The public space must be where the public can stand up, safely and peacefully, and point out that they are being ignored or minimized, as in the citizenship law. The court has done well to underline the power of dissent in a democracy — it should have underlined that dissent, by its very definition, cannot be made to order.”

The Carnatic vocalist, writer, and activist T M Krishna took the issue to an altogether airy-fairy level. In a signed piece for the same newspaper he equated urban public spaces to rivers, lakes, grazing lands, mangroves, marshlands and forests which we collectively share, and refer to as “commons”. Free access to streets, parks, beaches, graveyards and playgrounds in his opinion is non-negotiable. These spaces, he wrote, are not privately owned, and in a democratic country everyone irrespective of religion, caste, gender or even nationality, participates in their use. Unfortunately, the commons are often guarded by religious bigots, caste armies, or the moral police who need to be pushed back.

The Shaheen Bagh protests, wrote Krishna, were necessary to challenge a government bent on demolishing our constitutional soul, using every Machiavellian trick in the book. Society is not a level-playing field and every institution, including the judiciary, does not treat every protest with the same yardstick. Hence, public order and social tranquility are not objective notions and are often manipulated by the state.

Both the Express editorial as well as Krishna’s views illustrate how deeply the disease of liberalism has corroded the nation’s soul, and why it needs multiple surgical interventions. Order, discipline, duty, the national interest have no place in the Left-liberal lexicon. Clamoring for unyoked rights is their sole objective in pursuit of which they are ready to incite riots in league with dreaded Islamists and their cohorts. To that extent the SC judgement is a blessing. Two cheers for the belated self-realization.