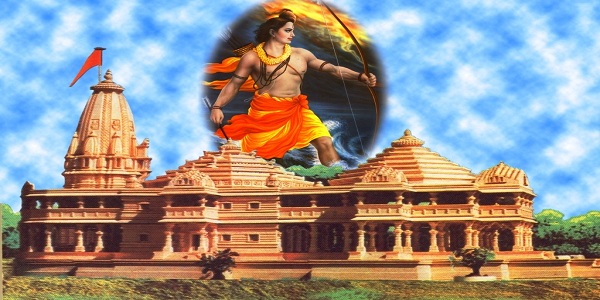 A five judge bench headed by Chief Justice S A Bobde unanimously dismissed all the review petitions filed against the November 9th Ayodhya verdict as it found no merit. The other four judges were Justices D Y Chandrachud, Ashok Bhushan, S A Nazeer and Sanjeev Khanna. Only 9 of the 18 review petitions were taken into consideration as the others were filed by persons who were not parties to the original lawsuit.

The petitions were taken up for in-chamber deliberations and after due discussions the judges found no merit or reason to re-examine the verdict unanimously delivered by the SC bench headed by then Chief Justice Ranjan Gogoi.

While Maulana Rashidi sought review on charges that the verdict was wrong on 14 counts and ordering reconstruction of Babri Masjid would alone be fair. He also wanted an interim stay on the implementation of the verdict; Hindu Mahasabha had approached the court against its decision of allotting 5 acres land to the Sunni Waqf Board for construction of mosque at Ayodhya. The plea of Nirmohi Akhara, seeking management of the deity, also stood rejected.

Not surprisingly a group of 40 ‘so called’ activists also knocked the doors of the SC with a petition filed by their counsel Prashant Bhushan. Prabhat Patnaik, Shabnam Hashmi, Nandini Sundar, Irfan Habib, Farah Naqvi, John Dayal and Jayati Ghosh were some of the 40 who said that they were ‘deeply aggrieved’ because the judgement was faulty on both ‘facts and law’. They had sought a full bench hearing but their petition was not entertained at all because they were not the original litigants.

On 9th November a five judge bench comprising of then Chief Justice Ranjan Gogoi, present Chief Justice S A Bobde, Ashok Bhushan, DY Chandrachud and S Abdul Nazeer had unanimously decided to award the ‘disputed site’ to Hindus and upheld the claim that Ram Janmabhoomi was indeed the birthplace of Shri Ram. They ordered the Centre to form a Trust that would oversee and manage the construction of a grand Ram Mandir at the site. They further ruled that the Sunni Waqf Board be given 5 acres alternate land for construction of a mosque and Nirmohi Akhara be given representation in the trust.

A complete dismissal of all review petitions means that the subsequent request of the petitioners asking for an open court hearing of their pleas also stands dismissed; thereby paving the way for construction of Ram Mandir at Ayodhya. The VHP has appealed that long standing dispute should now be put to rest and those who believe in the constitution should gracefully accept the decision.