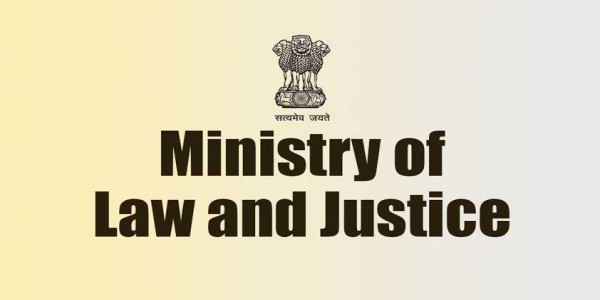 Modi ji has taken more than a dozen big and bold initiatives within the short span of about three and half years of his coming to office. The latest one-Introduction of the institution of NYAYA MITRA- the new system to address plaints against judiciary– is quite innovative. It can also be a unique weapon in the armory of common man against the still rampant corruption in judiciary, particularly the lower judiciary and semi-judicial institutions, commissions, organizations, and forums, such as, District Consumer Disputes Redressal Forums, State Consumer Disputes Redressal Commissions, National Consumer Disputes Redressal Commission, Civil Courts of Law, Information Commission, and so forth provided it is sufficiently empowered to cover all these judicial or semi-judicial institutions.

These, of late, have become dens of corruption. Modi ji can justifiably take pride in liberating the country from the shackles of back to back scams of astronomical proportions that had routinely happened in the previous thoroughly corrupt Congress Government and ushering in a ‘no scam’ regimen. However, the rampant corruption in lower judiciary stays on as a blot on the BJP Governments at the centre and several states.

This new system can also be regarded as a logical extension of Modi ji’s relentless on-going crusade against corruption intended to bring in its fold judicial and semi judicial institutions, hitherto considered ‘holy cow’ – notwithstanding the rampant corruption in them. The system holds the promise to stem the rot provided, of course, deep thinking is invested in giving it final shape and content.

The system should aim to empower the hitherto helpless, hapless and defenseless common man, who doesn’t have pockets deep enough to fight prolonged, very costly yet in almost all cases, a losing battle against the loaded verdicts of these thoroughly corrupt semi-judicial institutions, forums, commissions, and courts of law. And that leaves him/her with no alternative but to suffer the vicious consequences of their loaded, one-sided judgments, judgmental decisions of Information Commissioners in RTI cases, in silence.

As of now, against a loaded, judgmental decision of a corrupt Information Commissioner or for that matter against such verdict, decision or judgment given by a corrupt president of National Consumer Disputes Redressal Commission, there is no remedy except filing an appeal or revision petition against it in the Hon’ble Supreme Court. However, it is a luxury which few among common citizens can afford. With the introduction of the institution of Nyaya Mitra, such bleak prospects should become history.

Much, however, depends upon the scope and space provided to, and power invested in Nyaya Mitra in the interests of speedy and effective grievance redressal against the loaded judgments, decisions or verdicts of the judicial and semi-judicial institutions. To meet the ends of justice and stem corruption, the willfully defaulting Presidents of the Consumer Forums, Information Commissioners, and judges of the civil courts etc. should be awarded deterrent punishment.

The new system should, therefore, be meticulously planned. Nyaya Mitra should be sufficiently empowered so as to give strength, substance and meaning to Modi ji’s clarion call ‘NA KHAUNGA NA KHANEY DUNGA‘. It is finding echo in the hearts of millions of his countrymen, who had suffered the vicissitudes of the demon called ‘corruption’ all through the previous regimes after independence, and make the country a better place to live in.

This is absolutely necessary in view of the fact that to the huge consternation of the aggrieved complainants, the public grievances portals of the governments, including that of the PMO, have all along been doing absolutely nothing concrete or substantial about the grievances lodged on them. In most cases they seem to follow the trademark Congress policy of ‘ATKAANA, LATKANA, BHATKANA‘ apparently inherited by them by working under the previous several decades long corrupt Congress regimes.

They scuttle the grievances by proffering irrelevant remarks against the ‘Details’ column, and before anybody could know what is happening, promptly close them. Unpalatable ‘feedback’ are summarily obliterated. A message to the effect that ‘the grievance is finally ‘closed’, and no reminder/clarification can be entertained’ immediately flashes at the top of the box encasing the grievance. It greets the bewildered complainant throwing him in a state of consummate quandary. Goes without saying, the experience is very much frustrating.

In some other cases, they act merely as a Post Office, and that too the most inept one. The portals forward the grievances to one or the other authority that may not have anything to do with it, and as such, legitimately honours the grievances by ‘filing’ them with a ‘no action required’ remark. The worst, however, happens, and that happens more often than not, when the grievance is forwarded to the tormentor itself i.e to the authority that caused the grievance. Quite understandably, the tormentor reacts with the viciousness of a venomous viper. In that case, the fate of the complainant, and that of his complaint, can better be imagined than described.

While I attribute no motives, and all this may not be pre-designed with any malafide intentions, yet after all is said and done, the whole thing seems to be an eyewash, a deception designed to fool the simple and gullible complainant. In the ultimate analysis, the conclusion drawn about the existing arrangement of things impels us to become wiser after the event (read ‘after lodging the complaint on these so-called public grievance redressal portals’), and silently admit that blessed are those who manage to suffer all sorts of injustices and maltreatment in silence for they will be spared of the onerous ordeal of lodging the grievance that, at best, falls flat, and at worst, proves counter-productive.

Hopefully, things change for the better when the grievances lodged at these public grievance portals of the government will be forwarded to sufficiently empowered Nyaya Mitra, The justice for the common man, then, may not be as elusive a commodity as it is now-way beyond his reach.