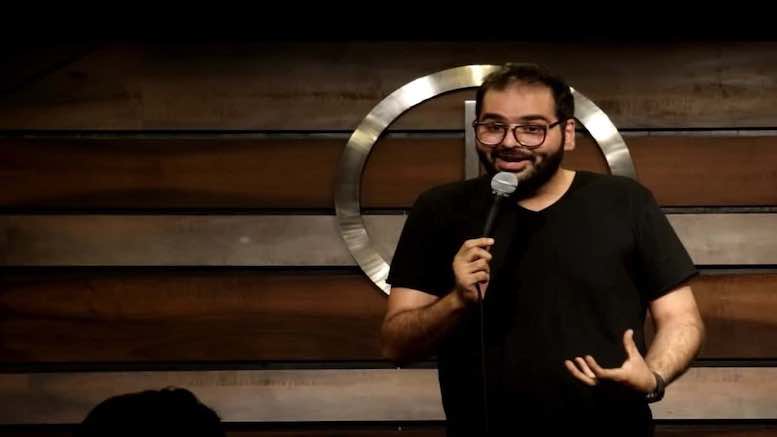 Controversial stand-up comic Kunal Kamra, who has been in the news for his crude brand of profanity-laden Hinduphobic comedy and bizarre ‘jokes’ like asking for re-colonisation of the country by the British, landed himself in trouble when a contempt of court notice was served on him recently.

Kamra had lost his rag calling the Supreme Court as ‘Supreme Joke of the country’ and personally targeted Justice DY Chandrachud calling him a ‘flight attendant serving first-class passengers’, after the SC granted interim bail to Kamra’s bête noire Republic TV’s Editor-in-chief Arnab Goswami and came down heavily on the Maharashtra government’s actions in reopening a closed abetment to suicide case to target Goswami.

Kamra served a reply to the contempt notice wherein he refused to apologise and stated “The public’s faith in the judiciary is founded on the institutions own actions, and not on any criticism or commentary about it”.

Earlier, there were some reports that Kamra was detained at Mumbai airport as he was trying to leave the country, but this has not been confirmed and Kamra himself has denied the same.

The affidavit by Kamra received fawning reviews from the liberal community, with ‘brave’, ‘savage’ being some of the encomiums showered on him. Whether Kamra was indeed planning to leave the country, and whether it was a move to hedge his bets anticipating SC action, is not known. But what can be said is that this would not be a new move for the left-liberal crowd who consider themselves above the law of the land.

Last year, when Congress ecosystem ‘activist’ and ex-IAS Harsh Mander started facing heat over a seditious speech inciting mobs to disregard Parliament and Supreme Court and hit the streets against CAA, NPR and NRC, he overnight departed to US. These #BreakingIndia activists know that it is easy to stay put in Western countries and defy Bharatiya law enforcement agencies, as Western nations are known to openly harbour and even promote all sorts of anti-Bharat activists. Even a known economic offender like Vijay Mallya is being given refuge by UK government for undisclosed reasons despite UK courts having dismissed all his appeals for extradition.

Kamra’s contempt case came up for hearing in Supreme Court today. The advocate for petitioner sought adjournment as he had just received Kamra’s affidavit in the morning. The SC bench granted two weeks adjournment.

The original headline of the story indicated that Kamra was possibly detained at Mumbai airport trying to leave the country before his contempt hearing in Supreme Court yesterday. This could not be verified and hence the headline and article content has been updated accordingly.