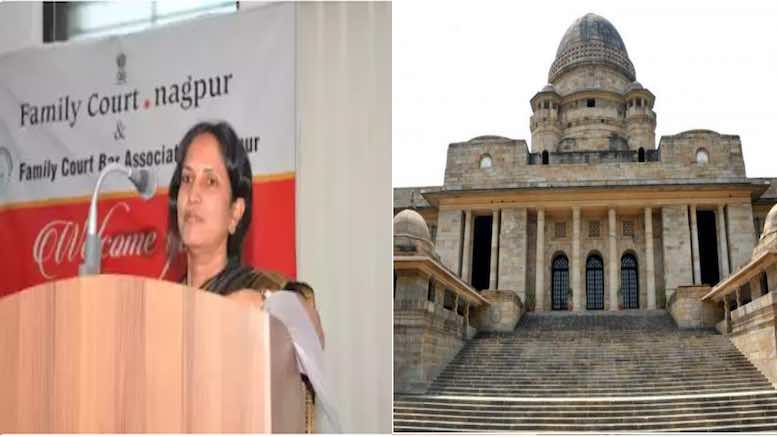 In yet another judgement which raises huge question marks over the functioning of judiciary in the country, the Bombay High Court has ruled that groping a minor’s breast without “skin to skin contact” does not constitute sexual assault under the Protection of Children from Sexual Offences (POCSO) Act.

Justice Pushpa Ganediwala of the Nagpur bench of the Bombay High Court, in a judgement passed on January 19, held that there must be “skin to skin contact with sexual intent” for an act to be considered sexual assault, reports DNA.

The bench was hearing a petition by one Satish (39), convicted by a local court under Sections 354, 363 (kidnapping) and 342 (wrongful restraint) of the Indian Penal Code (IPC) and Section 8 of POCSO. In Dec 2016, the accused Satish had taken the minor 12-year-old girl to his house in Nagpur on the pretext of giving her something to eat. Once there, he pressed her breast and attempted to remove her clothes.

As per a Times of India report,

“The girl had testified that she was lured on a false pretext by the accused to his house. She said he had tried to remove her salwar and had pressed her breast. She tried to shout, but he covered her mouth and left the room after bolting the door from outside. Her mother went to his house while looking for her. She had seen the accused leave, and on reaching the first floor found the door bolted from outside and her daughter crying inside. She then went to the police station along with her daughter to lodge an FIR, noted the HC.”

Since he groped her without removing her clothes, the offence cannot be termed as sexual assault, the high court held. It, therefore, convicted the man under Section 354 of IPC (outraging a woman’s modesty) and sentenced him to undergo rigorous imprisonment for one year.

“The act of pressing of the breast of the child aged 12 years, in the absence of any specific detail as to whether the top was removed or whether he inserted his hand inside top and pressed her breast, would not fall in the definition of ‘sexual assault’. It would certainly fall within the definition of the offence under Section 354 of the Indian Penal Code,” the HC order said.

The court, in its verdict, held that the ‘physical contact’ mentioned in the definition of sexual assault in POCSO must be “skin to skin” or direct physical contact.

“Admittedly, it is not the case of the prosecution that the appellant removed her top and pressed her breast. As such, there is no direct physical contact i.e. skin to skin with sexual intent without penetration,” read the court order.

The accused was on bail, and the HC issued a non-bailable warrant against him and said all his other sentences shall run concurrently and also that he would be entitled for a set-off of term undergone in custody.

In another recent ruling, Justice Pushpa Ganediwala acquitted a 22-year-old truck driver as she found a minor rape victim’s statement not of ‘sterling quality’. The judge was dealing with an appeal filed by the accused who was convicted by a lower court for raping the 16-year-old minor girl, on the pretext of marriage. He had taken the girl from Nagpur to Jaipur where he took the girl to the homes of three of his maternal relatives, and had sex with her by promising marriage. As per POCSO, sexual intercourse with a girl below 18 years is a serious offence and the consent of the girl is immaterial.

It must be mentioned that in the second case, media has not divulged the 22-year-old accused’s name, although the pattern of behaviour and abetment by extended family matches how Islamic groomers operate.

As Bharat follows the British common law system, every judgement of a court, especially the higher judiciary like High Courts and Supreme Court, sets a precedent for future judgements (called case law) in similar disputes. The alternative to the common law system is the civil law system, wherein judges apply the laws (statutes) passed by the legislature, and do not depend on previous cases for guidance.

The way the higher judiciary has usurped the right to judicial appointments through the opaque collegium system, and the various controversial verdicts given on Constitutional issues based on precedence of past judgements, shows that we need to urgently consider moving to a  civil law system which is followed in most of East Asia, Continental Europe and South America.