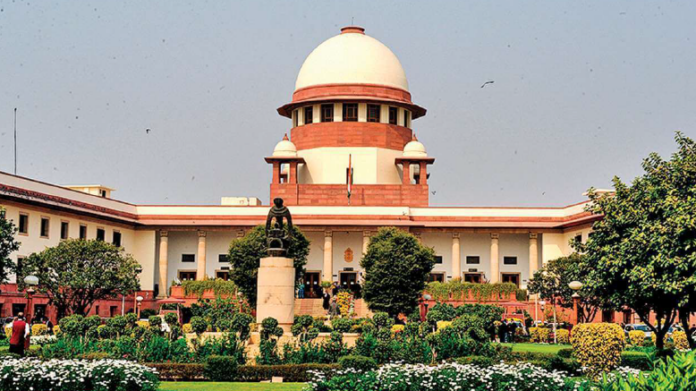 The Supreme Court on Wednesday asked the Centre and the RBI to file comprehensive affidavits on the 2016 demonetisation decision and also keep the files ready in connection with Centre’s letter to the RBI, the decision of the RBI Board, and the demonetisation announcement.

During the hearing, a five-judge bench, headed by Justice S.A. Nazeer, noted that the court is aware of its ‘Lakshman Rekha’ on judicial review of government policy.

The bench – also comprising Justices B.R. Gavai, A.S. Bopanna, V. Ramasubramanian, and B.V. Nagarathna — said the petitioners’ main argument is Section 26 of the RBI Act does not authorise the Centre to completely cancel the currency notes of particular denomination. Therefore, the main question is whether the government had powers under Section 26 to demonetise all notes of Rs 500 and Rs 1000 denomination, noted the bench.

The top court is hearing over 50 petitions challenging the Centre’s 2016 demonetisation decision.

On September 28, the Supreme Court had asked the petitioners challenging Centre’s decision to demonetise currency notes of Rs 500, and Rs 1,000, in November 2016, if the issue survives now?

Attorney General R. Venkataramani and Solicitor General Tushar Mehta submitted that the issue has become an academic exercise now. Senior advocate P. Chidambaram, representing a petitioner, submitted that validity of the government’s decision is still open to challenge. The petitioners’ lawyer insisted that the government did not have power to cancel the currency notes through an executive order and stressed that for future, the issue is still relevant.

The bench noted that when issues of constitutional importance are referred, it is the duty of the court to answer them. However, it asked in this case, has the issue not become fait accompli?

Chidambaram said the issue is very much alive. The AG said when the Act is not challenged, the notifications cannot be challenged and the issues are academic.

On the aspect whether the exercise is academic or infructuous, the bench said it needs to examine the matter since both sides do not agree. It said it knows where the ‘Lakshman Rekha’ is, but the manner in which this action was done has to be examined and it has to hear the counsel to decide that.

Mehta said the court’s time should not be wasted on academic issues. Senior advocate Shyam Divan, representing petitioner Vivek Narayan Sharma, said he was surprised at Mehta’s comments, as the earlier bench had said these cases must be placed before a constitution bench.

Divan read out the issues formulated in the reference order for the bench and added that the Supreme Court had barred other courts from entertaining petitions on this subject.

The top court asked the Centre and the RBI to file comprehensive affidavits on the 2016 demonetisation decision and also keep the files ready in connection with Centre’s letter to the RBI, the decision of the RBI Board, and the demonetisation announcement. The bench has scheduled the matter for further hearing on November 9.

2.) SC Bench strikes down NJAC Act as ‘unconstitutional and void’ – The Hindu, May 2016

“It is difficult to hold that the wisdom of appointment of judges can be shared with the political-executive. In India, the organic development of civil society, has not as yet sufficiently evolved. The expectation from the judiciary, to safeguard the rights of the citizens of this country, can only be ensured, by keeping it absolutely insulated and independent, from the other organs of governance,”