No religion has fundamental right to degrade other religions: Karnataka HC rejects plea by 2 Christians 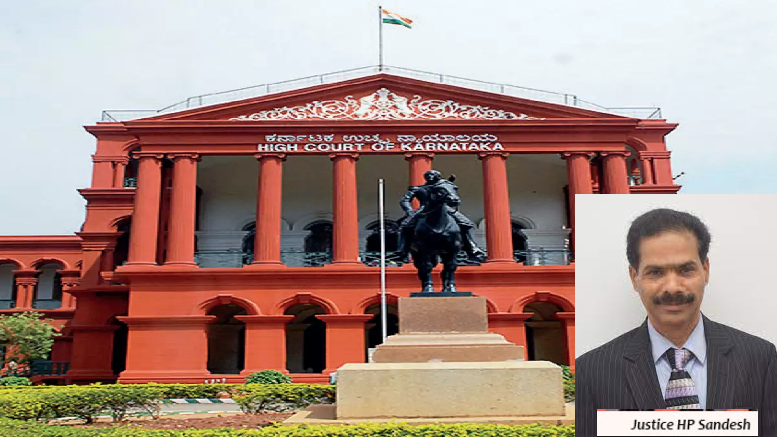 The Karnataka High Court recently held that no fundamental right is conferred on any person espousing faith in a particular religion to degrade other religions. It made this observation while dismissing a petition (Precilla D’souza V. State Of Karnataka) where two accused Christian proselytizers had asked for quashing of charges against them.

The charges against them were based on a complaint filed by a Hindu woman that the accused persons had come to her residence and stated that only Jesus Christ can provide peace of mind and no other religion can.

While professing any religion, the religious heads or professing by any person should not degrade other religion, Justice HP Sandesh observed while refusing to quash the criminal complaint.

As per LiveLaw and the order passed by Justice HP Sandesh, one woman Smt. Madhura A from Mangaluru had filed a complaint that the accused, Precilla D’souza and Samson John, came to her residence on 06.12.2016 and degraded other religions stating that “neither Bhagavad-Gita nor Quran will provide any peace of mind or comes to any rescue of any person except Yesu Christa (Jesus Christ)”.

The accused approached the High Court seeking to quash the order dated 08.06.2020 taking cognizance of the complaint passed by a magistrate, as well as quashing the entire FIR and proceedings against them. The accused contended that the same violates Articles 14 (equality before law), 21 (right to life and personal liberty) and 25 (right to profess, practice and propagate religion, subject to public order, morality and health) of the Constitution of Bharat

While considering the petition, the court noted that there are specific allegations against the accused that they have degraded the other religion.

“While professing any religion, the religious heads or professing by any person should not degrade other religion. Having perused the complaint averments and also the statements of the witnesses, it is specific that while propagating they specifically mentioned that other religious scripts does not say anything about anticipation of tsunami and only Yesu Christa can protect them.

…Having taken note of the complaint averments and also the statement of witnesses, with deliberate intention to wound the religious feelings of other religion words are uttered while propogating. When such being the facts of the case, it attracts Section 298 of IPC. Hence, the contentions of the learned counsel for the petitioners that the charges levelled against the petitioners does not attract Section 298 of IPC and issue of process against the petitioners would vitiates Articles 14, 21 and 25 of the Constitution of India, cannot be accepted.”, the court observed while dismissing the petition.

Hence, the complainant questioned them whether they have come for propagating the religious belief and whether they came for conversion and immediately they left the place”

While this judgment and observation by Justice HP Sandesh is welcome, it is indicative of the rot in our justice system that a complaint lodged in 2016 was only finally cognized in 2020, with an inordinate 3.5 years delays in filing a simple charge-sheet. When, and if, the accused will ever be punished remains to be seen.

Lakhs of such Christian missionaries and evangelical proselytisers are walking the streets all over Bharat. They routinely degrade other religions and especially Hindu Dharma, and have easy access to schools, residential societies, and are now even daring to peddle their supremacist religious ideology outside temples.

Credit to the Hindu lady in this case for filing a complaint, although her questioning the absence of Quran (along with Bhagavad Gita) from the proselytizers’ pamphlet is another indicator of how deeply  ‘all religions are the same’ secular indoctrination has crippled even self-respecting Hindus. But the important question that needs to be asked is this – unless our police and judiciary hand down exemplary and speedy punishment to such missionaries spreading bigotry and disharmony in society, why will they care to stop?