No blanket ban by NGT on crackers in Delhi-NCR during Christmas and New Year, unlike Diwali 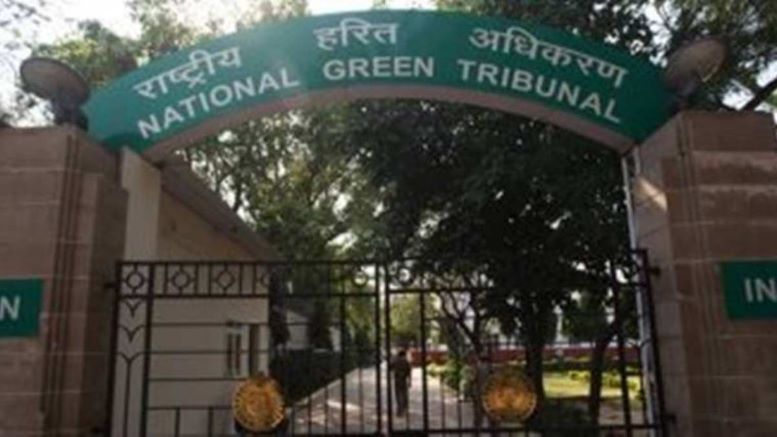 The blanket ban on sale and use of crackers in Delhi-NCR region has been lifted for the ‘secular’ festivals of Christmas and Western New Year. As per an NGT (National Green Tribunal) directive, people in Delhi-NCR can burst green firecrackers just like those living in other cities/towns as long as the air quality in that town is ‘moderate’ or better. Firecrackers can be burst between 11.55 PM and 12.30 AM on both Christmas as well as the Western New Year in such towns, added NGT.

However, the same NGT had announced a complete ban on crackers in Delhi-NCR just 5 days before Diwali, and had completely banned sale and use of crackers from 9 to 30 November (thus including Chhath Puja and Kali Puja in the ban) in the national capital region. Diwali crackers in other cities were allowed for a 2 hour window as long as air quality was ‘moderate’ or better.

This last minute NGT order and the resultant flip-flop by states adjacent to Delhi like Haryana and UP created mass confusion and massive losses for firecracker traders who had already procured licenses and purchased crackers in advance. Desperate vendors who tried to sell their stock were harassed by police, and in Panipat this issue led to the tragic death of two Hindus – BJP leader Harish Sharma and his friend Rajesh Sharma.

But for some reason, NGT has determined that whatever danger was hanging over Delhi-NCR till 30 November has now passed, and that the region can now follow the same guidelines as the rest of the country.

While the NGT was over-concerned about pollution during Deepawali when it placed a blanket ban on the use of firecrackers irrespective of the air quality, has pollution automatically disappeared and air quality improved after the Hindu festival? The truth is that there is no credible study showing crackers as as a major source of pollution in Delhi-NCR. The major contributor to Delhi’s annual air pollution woes is stubble burning by farmers in Punjab (Haryana and UP have managed to control stubble burning to a large extent).

The annual guessing game over Diwali crackers in Delhi started with a petition filed in Supreme Court in 2015 by some Lutyens’ lawyers in the name of their children. In 2017, SC announced a blanket ban on crackers 10 days before and after Diwali (just days after after another SC bench had relaxed the complete ban on sale of crackers announced by SC after Diwali of 2016). In 2018, the court allowed green crackers to be burst for two hours on Diwali, and in 2020 NGT again re-introduced a blanket ban!

Although studies have already indicated that such bans have no impact on pollution, Hindu festivals continue to be on the hitlist of the Lutyens cabal year after year.

Hindus have been at the receiving end of arm-chair environmentalism where activists preach about saving the environment while sitting in AC rooms and traveling in fuel-guzzling and polluting SUVs all through the year.

Arm-chair environmentalists probably believe that cutting down millions of trees for Christmas is par for the course since pollution takes a holiday during the Christmas-Western New Year season to comply with the whims and fancies of these so-called activists.

One of the most polluting industries is the meat-producing industry yet enviro-fascists would not bat an eyelid before wolfing down mutton/beef biryani during Eid or turkey during Thanksgiving and Christmas. In addition to the carbon footprint left by the meat industry, it is also one of the leading industries wasting water in million metric tonnes every year. Have we ever heard any arm-chair activist expressing their concern for environment during Abrahamic festivals that leave a deep scar on the environment?

Have any of the enviro-fascists ever given a thought to the impact that using ACs has on the environment? Certainly not, else they wouldn’t be lecturing the masses from their AC ivory towers. Give this a thought – a study says “The US uses as much electricity to keep buildings cool as the whole of Africa uses for all its electrical needs”. Reports suggest that Bharat would soon be home to one-fourth of the world’s air-conditioning units which would have a great adverse impact on the environment but neither the activists nor the NGT seems to be concerned about this year-long source of pollution.

Similarly, Lutyens’ seems to be least bothered by pollution caused due to fuel-guzzling vehicles, business class air travel, and 5-star conferences indulged by the activist/intellectual lobby, which cause greater harm to the environment than all the Deepawali crackers put together.

The most important point to remember here is that Hindu festivals are low-hanging targets that semi-legal bodies such as NGT and their enviro-fascist cohorts attack with an impunity they dare not show against either of the Abrahamic religions.

No wonder, neither the NGT nor the ISRN (Indian Social Responsibility Network), which rushed to ban firecrackers during Deepawali, finds Christmas and Western New Year crackers’ overly polluting. The hypocrisy is hard to miss and must awaken the Hindu society to the discrimination it is being subjected to in the name of environmentalism and other ‘isms’.