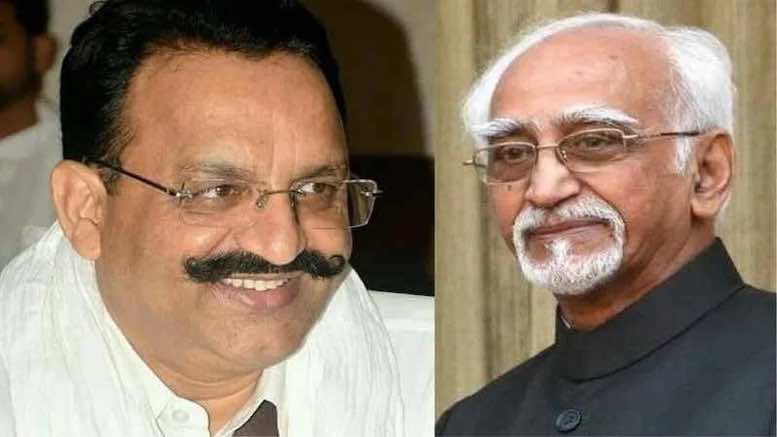 Gangster-turned-politician Mukhtar Ansari has cited family relations with former Vice President Hamid Ansari while opposing his transfer to Uttar Pradesh from the Ropar jail in Punjab.

In an affidavit filed before the Supreme Court, Ansari said: “The respondent is part of a family which has made immense contribution to the Indian freedom movement and has given India many leaders in the form of Muhammad Hamid Ansari who was the Vice President of India, Baba Shaukatullah Ansari who was Governor of Odisha, and Justice Asif Ansari who was a judge in the Allahabad High Court.”

Ansari said that he is the grandson of late Mukhtar Ahmad Ansari who was a freedom fighter, the president of Indian National Congress and also one of the founding members of Jamia Millia Islamia.

“If the conclusion of trial is the actual intention of the petitioner (UP government), the respondent (Ansari) is ready, willing and will appear before the special judge on all dates as are fixed by the trial court through video conferencing,” said Ansari.

He added that the Uttar Pradesh government’s insistence on his personal appearance in the state itself gives credence to the fact that his life is in grave danger and he will be killed if he is physically produced in UP. Ansari added that due to mental harassment caused to him, he is suffering from depression besides suffering from various ailments.

“The respondent state of Punjab has made a mockery of the federal structure of the Constitution by seeking to defend an accused who is a gangster and a history sheeter,” said the affidavit. The Uttar Pradesh government added that more than 30 FIRs and over 14 criminal trials, including for heinous crimes like murder, are pending against Ansari in various MP/MLA courts, where his personal appearance has been sought.

Slamming the Punjab government affidavit, the Uttar Pradesh government said that its response is an attempt to gloss over and draw a veil over its true intent to not produce Ansari before a court in UP.

“The state of Punjab has not proceeded with the investigation of the FIR No. 5 of 2019 or filing of the chargesheet for two years even after arresting the accused on January 22, 2019 and lodging him in jail since January 24, 2019,” said the UP government.