MHA notification on citizenship for non-Muslims not linked to CAA, SC told 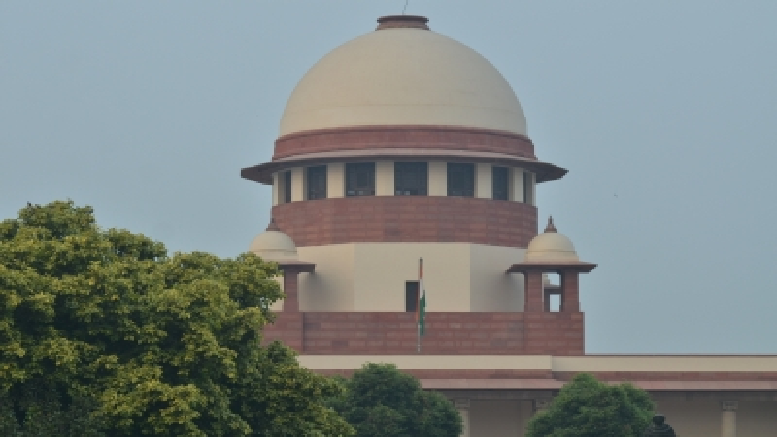 The Centre has told the Supreme Court that the Ministry of Home Affairs’ May 28 order, which empowered certain districts to grant citizenship to non-Muslim refugees from Afghanistan, Pakistan and Bangladesh, has no relation with the Citizenship (Amendment) Act, 2019 (CAA).

The MHA, in an affidavit, said: “It is submitted that the notification dated May 28, 2021, has no relation whatsoever with the CAA.”

The Indian Union Muslim League (IULML), in an application in the top court, said during the pendency of challenge to the CAA, the MHA has gone ahead and issued an order dated May 28, whereby the Centre, relying on Section 16 of the Citizenship Act 1955, the power to grant citizenship under Sections 5 (citizenship by registration) and 6(citizenship by naturalisation), has delegated powers to grant citizenship to Collectors of certain districts.

It argued that the provisions of the Citizenship Act do not permit the classification of applicants on the basis of religion.

In response to this application, the Centre said notification dated May 28 is “mere delegation of power vested with it”.

“It is submitted that the notification dated May 28, 2021 seeks to merely delegate the power of the Central government to the local authorities in particular cases. The said notification does not provide for any relaxations to the foreigners and applies only to foreigners who have entered the country legally as the Central government used its authority under Section 16 of the Citizenship Act and delegated its powers to grant citizenship by registration or naturalisation to District Collectors,” it said in the affidavit.

The affidavit said in 2004, Ashok Gehlot, the current Chief Minister of Rajasthan but then an MLA, requested the then Minister of State, Home to consider delegation of powers to Collectors for speedy granting of citizenship to minority migrants from Pakistan who were forced to come to Bharat due to persecution on religious grounds.

The affidavit pointed out that in April 2009, Gehlot, then Chief Minister of Rajasthan, wrote to the then Home Minister regarding “outstanding issues of large number of Pak oustees from Hindu/Sikh communities”. Gehlot argued that delegation of authority once again to grant citizenship, could be considered for addressing the problems of the remaining Pakistan oustees who are illiterate and belong to SCs/STs and weaker sections of society.

The MHA said: “It is submitted that the said measure has been taken on numerous occasions previously and is largely a function of the administrative exigencies of the situation.”

Terming it merely an administrative delegation of power, without any specific classification or relaxation, to Collectors of more districts and Home Secretaries of more states, it stressed the notification is merely a process of decentralisation of decision making aimed at speedy disposal of the citizenship applications of foreigners. Hence, the question of violation of Article 14 of the Constitution in making the certain classification does not arise, it argued.

The Centre, via the May 28 notification, delegated the power to grant citizenship to the Collectors of 13 more districts — Morbi, Rajkot, Patan, and Vadodara in Gujarat, Jalore, Udaipur, Pali, Barmer, and Sirohi in Rajasthan, Durg and Balodabazar in Chhattisgarh, Faridabad in Haryana and Jalandhar in Punjab — and to the Home Secretaries of Haryana and Punjab.

“Therefore, now District Collectors of 29 districts and Home Secretaries of 9 States will exercise powers of Central government to grant citizenship to the specified category of foreigners,” said the affidavit.