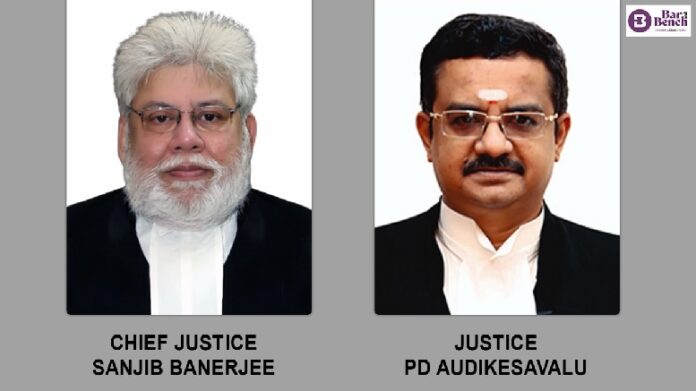 In every nation of the world, bar the Republic of India (RoI), ‘secularism’ means the separation of religion and the State. But in RoI, it means government intervention in each and every religious affair of the majority.

Moreover, the ‘secular’ Indian state doesn’t just interfere in every sphere of Hindu religion and cultural life, it is now forcing Hindus to accept non-Hindus in the organizations which control our temples.

The Madras High Court, on Monday, dismissed a public interest litigation petition filed by an advocate to restrain Tamil Nadu Chief Minister M.K. Stalin from chairing an Advisory Committee of Hindu Religious and Charitable Endowments (HR&CE) Department without taking a pledge that he professes Hindu faith as it is required to be undertaken by HR&CE employees.

For the uninformed, CM Stalin has in the past graced an ‘Uproot Sanatana Dharma’ conference and took the pledge to destroy Hindu Dharma. He has spewed ignorant abuse at Hindu marriage rituals and chants. His party DMK, its allies and the fountain head of the Dravidian ideology EV Ramasamy (aka Periyar) are known for their vitriolic Hindu hate and abuse of temple worshippers.

The bench of Chief Justice Sanjib Banerjee and Justice PD Audikesavalu refused to entertain the PIL petition right at the admission stage, after terming it to be “utterly mischievous.” They also said that the case was in “extremely bad taste” and that a “prejudice” is involved in the prayer sought by the litigant.

But why? This is an extremely reasonable demand by all perspectives! Imagine the uproar if Yogi Adityanath had appointed himself chair of a committee that were to decide how mosques in UP are run. It is another matter that no such government body exists to control religious institutions of ‘minorities’.

A UP Waqf Board exists to manage waqfs, i.e. any property given in the name of Allah for religious and charitable purposes. Shias and Sunnis have their separate Waqf Boards, and only Muslims from those respective sects can be on those boards, including the 3 govt. nominees, including one bureaucrat – all have to Muslims.

People will be shocked to know that in the current UP Sunni Waqf Board, 3 SP MPs/MLAs and 1 BSP MP are part of the elected board. Can anyone imagine a government body in TN or Kerala allowing Opposition party legislators, especially BJP ones?

So why isn’t it mandatory that anyone connected with managing Hindu temples professes faith in Hindu Dharma? This is such basic logic that it is staggering that our judiciary doesn’t get it, or pretends not to. It is a glaring example of how Hindu Dharma has been delegitimized and treated as inferior by the secular Indian state which remains in awe of Abrahamic religions.

Though the judges refrained from imposing costs on the litigant S. Sridharan of Chennai, they ordered that he would not be entitled to file any PIL petition in the High Court for the next five years without obtaining the express permission of the Bench concerned.

The judges went on to deliver a needless sermon to the Hindu litigant, observing that “prejudice and vendetta had to be shed when it comes to practising a religion…no religion preaches narrow mindedness or to hurt others. The sentiments expressed by litigant could not be appreciated”.

Does shedding prejudice mean that we now allow non-Hindus to dictate to us about our religion? Who is exhibiting prejudice? Hindus, or the Christian and Islamic missionaries who are running conversion rackets all over the country, denigrating Hindu Dharma and its deities as a ‘false religion with false Gods’? In the spirit of broad-mindedness, will a church or mosque allow Hindus to install a Ganesha murti in its premises and worship it? Why are Hindu temples routinely desecrated and vandalized, murtis broken, all over the subcontinent?

The judges then added a completely irrelevant homily – “This is a secular country. Even the Constitution permits oath of office to be taken either in the name of God or Constitution.”

How does a Constitutional oath of office compare with chairing a religious committee? One is an office held in the non-religious realm, the other is a religious matter.

A similarly bizarre judgement was given by Madras HC’s Madurai bench last month when it quashed the order passed by a scrunity committee canceling a woman’s SC status certificate as the lady was believed to be a practicing Christian who goes to Church and displays the Cross. According to the Constitution (Scheduled Castes) Order 1950, only marginalised groups/communities that profess Hindu Dharma, Sikhism and Buddhism can be members of the Scheduled Caste.

The court opined that “simply following Christian practices cannot be reason enough to cancel one’s SC status”. It also termed the move ‘bureaucratic madness’ while advising the committee to approach such matters with a ‘broad mindset’ in the future. This is nothing but a green flag to misuse of SC status and crypto-Christianity.

It must be stated that the same Madras HC bench of Chief Justice Sanjib Banerjee and Justice PD Audikesavalu had made a cogent comment in August, while hearing a case concerning the reservation of State-surrendered All India Quota (AIQ) for Other Backward Classes (OBC).

“The entire concept of reservation as envisioned by the Constituent Assembly while framing the Constitution of India may have been turned on its head through repeated amendments and the veritable re-invigoration of the caste system even extending it to denominations where it does not exist.

…This is being done instead of empowering citizens so that merit may ultimately decide matters as to admission, appointment and promotion.

..Rather than the caste system being wiped away, the present trend seems to perpetuate it by endlessly extending a measure that was to remain only for a short duration to cover the infancy and, possibly, the adolescence of the Republic. Though the life of a nation state may not be relatable to the human process of aging, but at over-70, it ought, probably, to be more mature.”

So this article should not be construed as a comment on the personal abilities of judges. It is a critique of the institution of judiciary and the inevitable group-think all institutions develop.

The brainwashing we all have undergone in the name of secularism, the way the Constitution has been hijacked and successively misinterpreted (epsecially Articles 25-30), and the chokehold on our institutions that the discredited Lutyens’ Nehruvian elite still exercise, has definitely affected the judiciary when it comes to adjudicating on any religious issue.

This shocking double standard applied on Hindus by the secular Indian state where our religious institutions are treated like public offices, and conversions out of Hindu Dharma are promoted, has to end. The sooner the judiciary and other institutions realize that Hindus will no longer take such things lying down, the better.