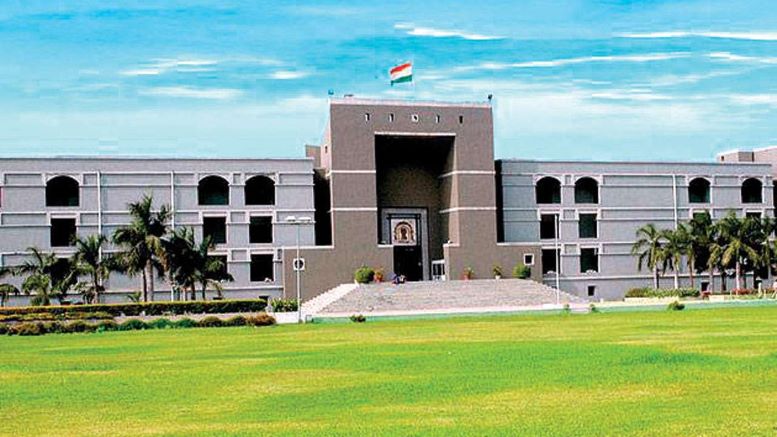 Gujarat HC suspended a 10-year jail term awarded by the sessions court to a man from Rajkot district’s Dhoraji town who was accused of having stolen a cow and slaughtered it. In what can only be termed as a mockery of anti-slaughter laws, the HC reasoned that the man hadn’t indulged in economic activity after the slaughter while passing the suspension order. This was the first conviction under the amended Gujarat Animal Preservation Act.

The accused has been identified as Salim Makrani who was sentenced to 10 years imprisonment on July 7 by the Dhoraji bench of Rajkot district and sessions court. The HC ordered Makrani to pay INR 10,000 as bail bond and surety of the same amount for his release from jail while he pursues the case in the lower court.

The order was passed by a single-judge bench of Justice RP Dholaria which read:

Having heard learned advocates for the respective parties on overall consideration of the material on record as well as the fact that the applicant is not alleged to have indulged in economical activity of animal slaughter and is only alleged to have used the beef while preparing biryani for celebrating the marriage ceremony of his own daughter, this Court is of the opinion to exercise the judicial discretion to suspend the sentence and accordingly suspends the sentence imposed upon the applicant.

A case was registered against Makrani after his neighbor Satar Koliya filed a complaint with the Dhoraji police on 29 January this year alleging that Makrani had stolen his two-year-old calf and slaughtered it for preparing akani (a biryani-like preparation) to serve guests at the feast on the occasion of the marriage of his daughter. A fine of INR 1 lakh had been imposed by the Dhoraji court on Makrani who appealed against the lower court ruling in the Gujarat HC.

Makrani’s lawyer Smir Khan pleaded that Makrani was merely a victim of circumstances and said:

even if the allegation leveled against the applicant may be believed to be true, then also, this is not a case of animal slaughtering. …applicant has become a victim of circumstances as he was to celebrate the marriage ceremony of his own daughter and while preparing biryani, the beef was used, however the same is not getting any sort of support by conclusive proof from FSL… The applicant is not involved in any such economical activity and this is a solitary incident.

Even as the additional public prosecutor opposed the Gujarat HC order saying that provisions recently inserted in the Gujarat Animal Preservation Act provided stringent punishments for cow slaughter, the bench of Justice Dholaria suspended the sentencing pending the final disposal of his appeal.

Apparently, stealing a cow to cook is acceptable to the Gujarat HC. Courts are simply making a mockery of the laws with such biased judgments.

As per provisions of the amended Gujarat Animal Preservation Act:

The maximum punishment is a life term or 14 years in jail, but not less than seven years, for cow slaughter. Along with the jail term, anyone convicted of cow slaughter will have to pay a fine ranging from Rs 1 lakh to Rs 5 lakh.

When the law was passed in 2017 State Home Minister Pradeepsinh Jadeja had mentioned in no uncertain terms that “any attempt to kill cows will carry life imprisonment in the state”. Therefore, the Gujarat HC reasoning that there was no economic activity doesn’t hold water as per the law.