Diwali: The Cause of Peak Pollution? 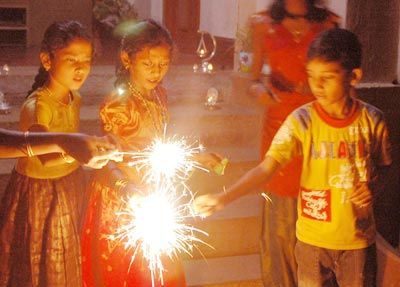 Since the time part 1 of this article was published, the Supreme Court of India has reversed an earlier judgement made on the 12th of September and gone ahead and banned sale of firecrackers till the 1st of November 2017. In its judgement, the honorable Court has stated that it wants to ‘test’ the effect of the ban on firecrackers on Diwali days to see if there is a reduction in pollution. It also suggested that the basis for an order targeting Diwali days for the experiment to be the ‘virtual consensus’ in the country.

The underlying assumption in the order of the Court is that the maximum amount of pollution is caused on actual Diwali days, and hence the focus on banning firecrackers sale to reduce the “spike” of pollutants on Diwali days. In the previous article, it has been shown that the peak particulate matter levels in the 2013 were not on Diwali day but a few weeks after Diwali. Similarly, the article had also highlighted that the noise pollution levels on Diwali days is not significantly different from other days.

Since the earlier article focused on 2013 data, we decided to gather more recent data and test whether the hypothesis made by the honorable Supreme Court was true.

From the website of the CPCB, we gathered data for 3 main pollutants – ParticulateMatter10 (PM10), ParticularMatter2.5 (PM2.5) and Sulphur Dioxide (SO2) for the entire year 2016. Further, the data for these pollutants were obtained for as many sites for which data was available online. Thus, for PM10, data from 4 sites were downloaded. For PM2.5 and SO2, data from 6 sites were downloaded. In order to better observe the data around Diwali, we have prepared a second set of charts for the same data-set in which we zoom in on the data for the 2 months around Diwali. The three purple lines in this chart represent the 3 days of Diwali (29, 30 and 31 of October 2016)

Here are the charts for PM10 Some key observations from the above chart: Let us now look at the zoom-in charts for PM2.5 for the same locations. The key observations from the above charts for PM2.5 are as follows 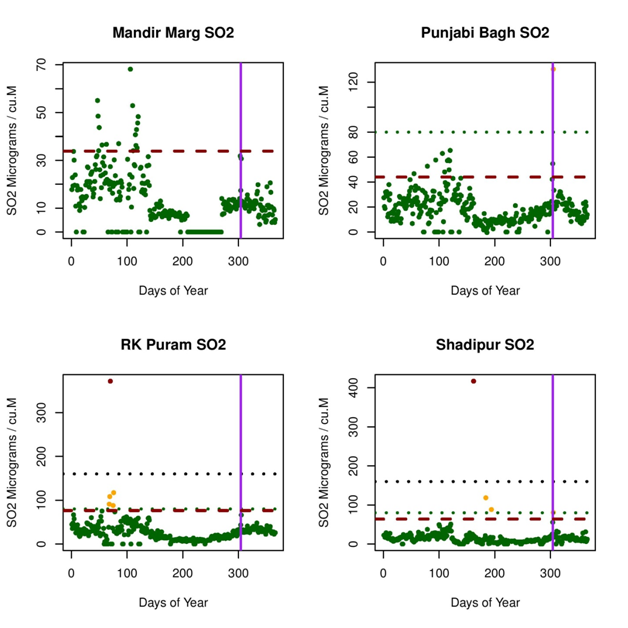 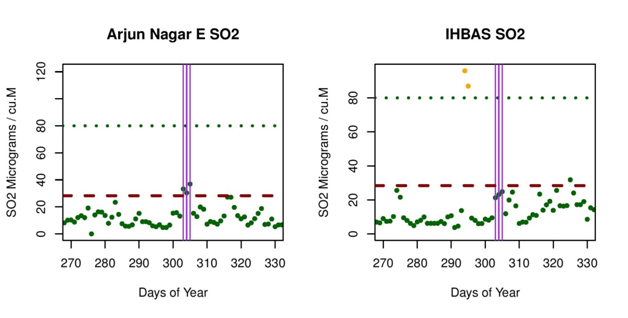 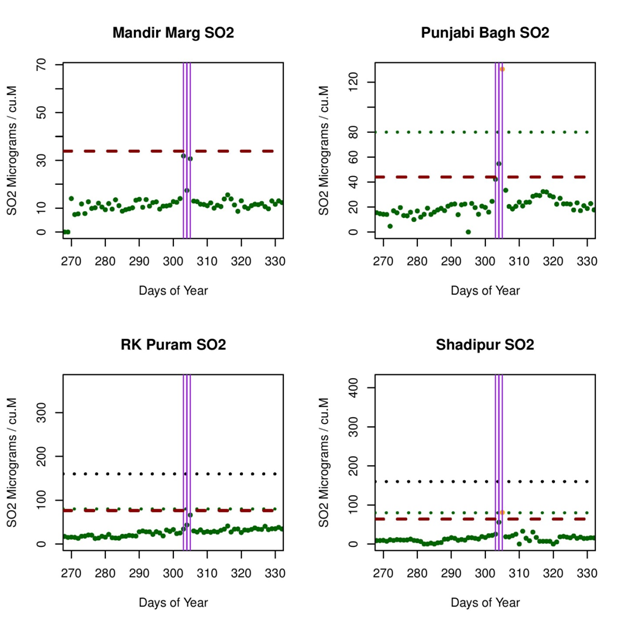 The observations from the charts related to SO2 are as follows:

From the above data, and analysis, it is quite clear that while there is an increase of particulate matter on the days of Diwali, it clearly is not the only reason for the high values. Further, in an overwhelming majority of the readings, the values of the pollutants on Diwali days are not even the highest in the year. The period between October and December is a period of high particulate matter accumulation in Delhi. Clearly, this indicates that the real reason for high particulate matter is something additional, and not just, or only, firecrackers due to Diwali.