Petition forces TN HRCE to provide details of 36,000 Temple properties under its control 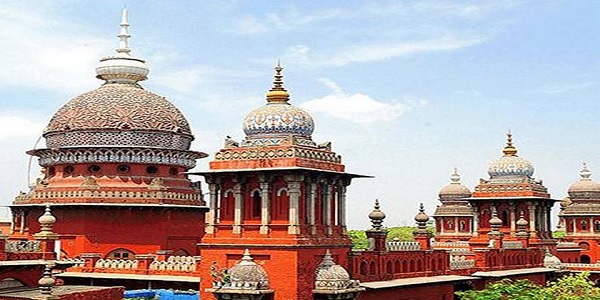 (As part of our attempt to raise awareness on the burning issue of freeing Hindu temples from government control, HinduPost will be reproducing mainstream articles on this subject. The article below was published on Nov 1, 2018 in The Hindu with the title “Court steps in to save lands owned by 36,000 temples”)

In an attempt to protect temple properties, the Madras High Court on Wednesday directed the Hindu Religious and Charitable Endowments (HR & CE) Department to collate details of properties owned by over 36,000 temples under its control and publish the status of the properties on its website within three months, reports The Hindu.

Justice S.M. Subramaniam issued the direction while disposing of a writ petition related to fixation of fair rent for temple property in Tiruvarur. He ordered that the list of rent defaulters, those who were in unlawful occupation of temple properties should be uploaded on the official website of HR & CE Department within three months.

The other significant direction issued by the judge was to HR&CE Commissioner who was ordered to constitute committees to identify the encroachers, illegal occupants, land grabbers who are in possession of the temple properties and initiate legal action against them before the end of January next year. Observing that huge tracts of temple lands in the State could not have landed in the hands of land grabbers without the connivance of HR & CE officials, the judge directed the Commissioner to constitute separate committees consisting of officials with proven integrity to identify the erring officials and initiate disciplinary action.

He also sought a compliance report from the Commissioner and directed the High Court Registry to list the case again on January 23. “With all humility, this court with pain, has to observe that the HR&CE department remained as a silent spectator for such large scale illegalities and corrupt activities.

Pointing out that most top officials of the department were law graduates, the judge wondered how such people could allow temple properties to be under illegal occupation. “The authorities have either colluded or remained as silent spectators,” he added.

The article above does not mention that the petition which sparked these decisions by the Madras High Court was filed by the hereditary trustee of Abisheka Kattalai and Annadhana Kattalai Sri Thyagarajaswamy Temple, Thiruvarur against a proceeding of the Government appointed executive officer of the temple.

It is the untiring efforts of such Hindu trustees of our ancient temples and activists like Sri TR Ramesh of Temple Worshippers Society, that Hindus are at least able to fight the tortuous legal battle currently required to take Hindu temples out of the debilitating control of the secular State and judiciary.

But ultimately, until Article 26 of our Constitution is amended to allow Hindus to manage their own religious institutions like the minorities do, such judicial battles will keep on dragging endlessly.