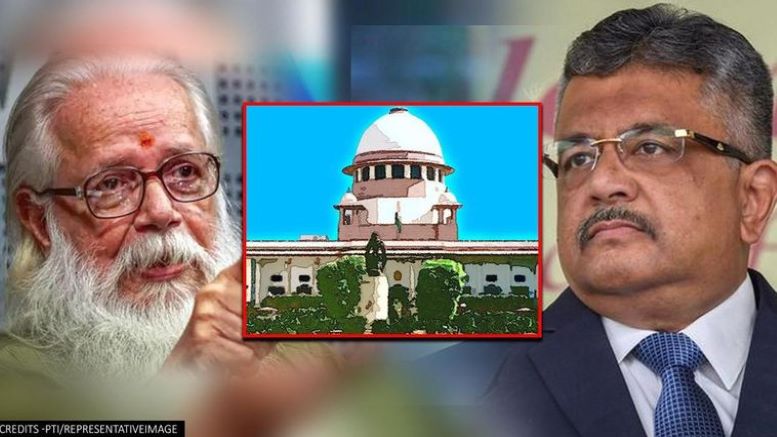 Wanting to speed up the 1994 espionage case where scientist Nambi Narayanan was framed by police officials, the centre put in a request to the apex court asking it to open the sealed report submitted by the DK Jain led probe committee. CJI Bobde, however, posted the hearing for next week while remarking that the matter ‘wasn’t urgent’.

The Centre on Monday requested the Supreme Court to open the sealed cover report of a panel headed by former top court judge D.K. Jain, formed in September 2018 by the court to probe the role of Kerala police officers in the wrongful arrest of ISRO scientist Nambi Narayanan in a 1994 espionage case.

79-year-old Narayanan waged a legal battle against the Kerala police officers who accused him of being a Pakistan spy in 1994. Besides appointing the panel, the top court had directed the Kerala government to pay Rs 50 lakh compensation for causing immense humiliation to Narayanan.

The ISRO spy case surfaced in 1994 when Narayanan was arrested on charges of espionage along with another senior official of ISRO, two Maldivian women and a businessman. The CBI had held that the then top police officials in Kerala were responsible for Narayanan’s illegal arrest. The panel examined the circumstances leading to Narayanan’s arrest. It was alleged that confidential documents on Bharat’s space programme was allegedly transferred to foreign countries.

Narayanan had maintained that Kerala police fabricated the case and the technology he was accused to have stolen and sold in 1994 case did not even exist at that time.

CBI findings in the case

CBI (Central Bureau of Investigation) took over the  case in 1996. It had also noted that Narayanan was falsely accused of wrongdoing and there were no evidences to back the charges levied against Narayanan. The CBI had stated this not only way back in 1996 but had re-emphasized the same in the apex court in 2018 and at present as well.

An article in Republic World says:

After the case was transferred to CBI, the premier investigating body discovered that then top police officials in the SIT team in Kerala were responsible for Narayanan’s illegal arrest, PTI reported. In 2018, the SC appointed a three-member panel headed by former judge D K Jain, while the Kerala government was directed to give Narayanan a compensation of Rs 50 lakh, as he underwent “immense humiliation.”

Even the then CJI Dipak Misra had concured with the CBI report that had severely criticized the arrest of Dr. Narayanan when he observed that Shri Narayanan had suffered in custody for 50 days and had been subjected to harassment and mental torture.