CAA is necessary: Why the many arguments about its being unconstitutional don’t hold water 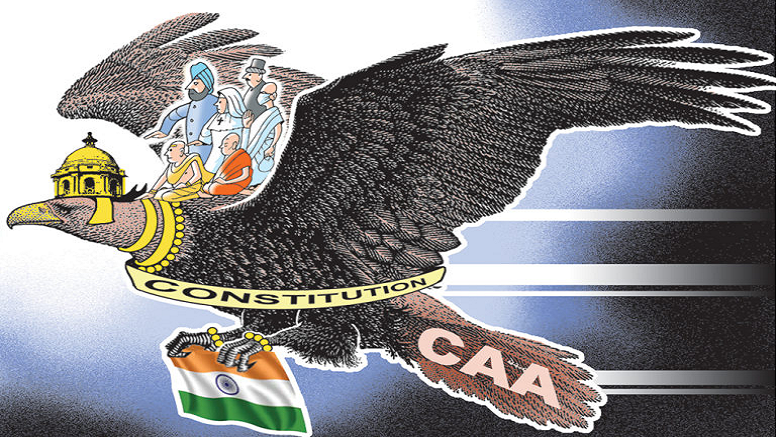 The controversy over the Citizenship (Amendment) Act appears to simmer – and of late has led to communal riots.  I have failed hopelessly to comprehend what the controversy is all about.

The citizenship of a country is presently based on similar principles followed in almost all countries governed by the rule of law.  Citizenship is acquired by birth, descent, naturalisation or by acquisition of territories.  Those who seek to enter a country without its permission are illegal migrants and are liable to be deported.

The demographic consequences of the Bangladesh war in the Northeast, leading up to the Assam Accord, resulted in enactment of the Illegal Migrants (Determination by Tribunals) Act – which made it practically impossible to identify and remove illegal migrants. This law was successfully challenged by those who claimed that it was a betrayal of the Assam Accord – the Supreme Court in Sonowal’s case, taking the government to task for its failure to identify and deport illegal migrants – it is in this case that the idea of a detention centre was mooted.

The Citizenship (Amendment) Bill 2016 was introduced in the Lok Sabha on 19 July 2016 and was referred to a joint committee of both Houses of Parliament, which presented its report on 4 January 2019, recommending the bill.

The Rules framed in 2003 provided for the creation of a national register of Indian citizens, to be written up after carrying out throughout the country a house-to-house enumeration and in which doubtful cases were to be noted separately for further enquiry. These Rules have been in place for the last 16 years but are yet to be operationalised.

I fail to understand how a law which is designed to confer the benefit on an identified class of persons, and which identification is based on a rational criterion, can be condemned as being discriminatory on the ground that the legislation could have created a wider class, arrived at by applying a broader criterion for identifying the class of those who would benefit by the legislation.

The principle of equality does not mean that every law must have universal application. The principle of equality does not take away from the state the power of making classifications. If a law deals  equally with members of a defined class, it is not open to the charge of denial of equal protection on the ground that it has no application to other persons.

The Supreme Court has repeatedly held the court cannot interfere simply because other methods are also possible, even if the court thinks that they are better for Bharat and the government must be left to determine which of many possible schemes is the best.

CAA’s avowed objective is to enable conferment of Indian citizenship upon members of minority communities who hail from Afghanistan, Bangladesh and Pakistan. Do we really need proof that minorities are persecuted in these Islamic republics? How can Parliament be faulted for coming to a conclusion that such minorities in the three named neighbours need to be protected?

Classification on the basis of religion is not per se unconstitutional – it is worth reminding ourselves that our Constitution confers special rights upon members of minority religious communities in Bharat. If the law was broader and allowed members of all religious communities from Pakistan, Bangladesh and Afghanistan to migrate into Bharat, we could as well do away with our borders.

An even more tenuous argument is finding discrimination as the law does not extend to every citizen of every country (or some countries) who has suffered religious persecution. The boldest lawyers have not gathered courage to advance any such argument – their disadvantage of course was that they were not TV anchors or enlightened members of civil society protesting on the streets.

The loudest criticism relates to the supposed intention of the government to throw all Muslims out of Bharat. There is no law, rule or notification published – or even a draft circulated – that would suggest that the government has any such intent.  The Prime Minister has denied it.  If any procedure put in place requires Muslims alone all over Bharat to prove their citizenship in a manner more onerous than that applicable to any other community, such a procedure would be unconstitutional.

Taking special measures to address demographic distortions caused by the Bangladesh conflict in defined geographic areas would be a class apart and to suggest that these measures could be made the template for the rest of India shows ignorance of the basics of the rule of law.

Polarisation between castes and religions is as old at least as the notion of modern Bharat. I also find a growing polarisation between those who have enjoyed the perquisites of power over decades and between those who have replaced them. Add to this mix the fact that certain ideologies which are but dust on the bookshelves of political history in the countries of their origin continue to be romanced by intellectuals, some of whom dominate civil society and civil discourse. All this creates a fertile ground for protests and aggressive debates – and when it comes to romanticising such movements, perhaps the feeling is why let the truth spoil a good story!