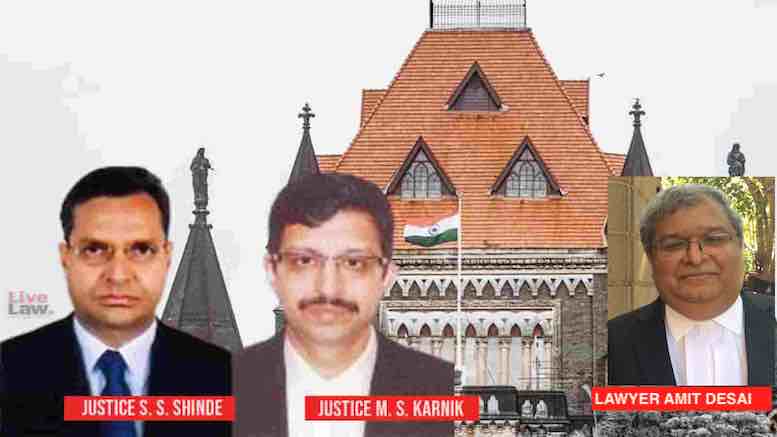 The Bombay High Court has refused interim bail to Arnab Goswami and directed him to approach a lower court to seek bail. Arnab was arrested on the morning of 4 November from his residence, amidst distressing scenes of the top journalist being dragged away in front of his wife, in-laws and son, not even given time to wear shoes.

Arnab has been arrested on a controversial ‘abetment to suicide’ charge in an old 2018 case that was closed last year but suddenly reopened by Maharashtra Police in May this year without consent of the magistrate who had accepted the case’s closure last year.

He was remanded to 14-day judicial custody by a court in Alibaug, which denied custody to police, on the day of his arrest. Arnab has claimed a threat to his life while in custody and stated that he was assaulted and man-handled by police, and forced to drink an unknown liquid that made him choke.

His lawyers filed a habeas corpus writ petition in High Court challenging his arrest and illegal detention, besides a bail application seeking interim release, and hearings have been going on before a Division Bench of justices S.S. Shinde and M.S Karnik in the Bombay High Court since the 5th.

Senior Advocate Harish Salve, appearing for Goswami today, had asserted that the state government was acting in malice against his client and has lodged multiple FIRs to harass him. Salve referred to various recent events including the TRP scam in which Hansa Research Group had moved the High Court claiming that the Mumbai Police Crime Branch was harassing them to incriminate Republic TV, and the breach of privilege proceedings initiated by the Maharashtra Assembly matter in which Supreme Court has summoned Maharashtra Assembly Assistant Secretary for contempt and intimidating Arnab Goswami.

Various observers have called the MVA government’s crusade against Arnab as a witch hunt which started after the journalists’ pointed questioning of the government and top MVA leaders like Sonia Gandhi over the Palghar sadhus lynching and other issues.

Here are some reactions to the refusal of bail by High Court, a ruling which many are questioning alleging double standards.

Bombay High Court Refuses Interim Bail To Arnab Goswami, Says He Can Approach Sessions Court. A total failure of justice, the court could have said this the first day itself! Who go through a hearing for this? A very very sad day for all Indians https://t.co/Hi3bgVsiJH

Salman Khan was indeed granted instant bail in 2015 by High Court Justice Abhay Thipsay, who later joined Congress after retirement, after the actor was convicted by a lower court for the 2002 hit and run case and sentenced to 5 years jail. To read more about that particular ruling in which Salman Khan was represented by lawyer Amit Desai, click here.

Though I maintain that going for regular bail would have been a better option but just see how Prashant Kanojia got the bail through a writ. As American realists say, Law is what Judges do. pic.twitter.com/x8zUoTG3Qf

Arnab’s legal team has now filed a bail plea in Alibaug sessions court. But Maharashtra police has also filed a plea challenging the Alibaug magistrate’s order which denied them the custody of the senior journalist. On Sunday, Arnab was moved from a local school designated as a COVID-19 centre for the Alibaug prison to the Taloja central jail in Navi Mumbai citing ‘security reasons’.

“This morning my Editor-in-chief and husband, who has spent 4 nights in judicial custody, was being dragged and lugged by the Maharashtra Police in a blacked-out police van to Taloja Jail. He was repeatedly saying ‘my life is under threat’ but to no avail.

He repeatedly said that the jailer assaulted him after he asked for access to his lawyers, which was shockingly denied. He detailed the assault being inflicted on him during this custody and pleaded, hands folded, to the Supreme Court of India for intervention and bail.

An innocent man and journalist of decades of repute, a journalist doing his duty for the nation, has been assaulted, harassed and framed on fake charges. He has been thrown into jail with no reprieve. The state machinery has turned into a handmaiden for politically motivated aggression and the pillars of democracy cannot be spectators to the grave and brazen human rights abuses and state excesses deployed against a citizen in the state of Maharashtra by the state machinery.

In the state of Maharashtra, institutions meant to safeguard law and order have become violators and assaulters in uniform. Fundamental rights are being trampled upon, due process is witnessing an egregious breakdown and institutional integrity is endangered like never before.

My husband, the Editor-in-Chief of the leading news network in the country, has become subject to assault, physical harm, illegal arrest and all of this despite being in clear public sight, has not been met with any intervention.

With Arnab publicly disclosing the threat to his life and the atrocities he is facing in custody, the law and order officers and the entire state and national machinery will be held responsible if any harm is inflicted upon my husband.

I humbly appeal to the institutions that still hold truth to power and stand tall as a pillar of our great democracy to take note of the gross abuse and misuse of power at play to punish a journalist who demanded accountability. A precedent is being set today for our democracy. I turn to the great institutions with the hope that those in power will not remain blind or mute to the atrocity on one man, one citizen, one journalist, one news network and the free press at large, anymore.”