Assam govt Bill to stop funding madrasas is welcome, but reflects BJP’s muddle-headedness over the issue 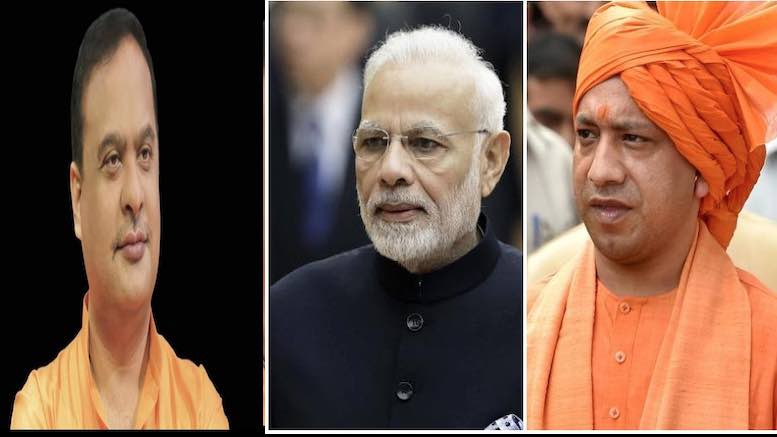 The Assam government introduced a Bill in the Assembly on Monday to shut over 600 madrasas run by it, which was strongly opposed by the opposition Congress and AIUDF. Assam Education and Finance Minister Himanta Biswa Sarma introduced the Assam Repealing Bill, 2020 on the opening day of the three-day Winter Session.

“Once the Bill is passed (by the House), the practice of running madrasas by the government in Assam will come to an end, a practice which was started by the Muslim League government in pre-Independence Assam,” Sarma said in a tweet.

The Congress and All India United Democratic Front (AIUDF), a Muslim dominated party, strongly opposed the Bill and said that they would restart the madrasa education after coming to the power in the Assembly polls due in April-May next year.

The Assam cabinet had on December 13 approved a proposal to close down all Madrassas and Sanskrit Tols (schools) however, the legislation brought in the assembly during the day did not contain anything related to the Sanskrit tols and the education minister also did not mention anything about it, reports PTI.

“All the 620 government-run madrasas will be converted into the general schools and 97 Sanskrit tols handed over to Kumar Bhaskarvarma Sanskrit University. These Sanskrit tols will be converted into centres of learning and research where Indian culture, civilisation and nationalism will be studied. Irrespective of religion, Indian culture, civilisation and nationalism will be taught in these converted educational institutions, making Assam the first Indian state to teach on these themes,” Sarma had previously told the media.

Sarma said that the state government had been spending Rs 260 crore annually for running the madrasas and “the government cannot spend public money for religious teaching”. “In order to bring uniformity, teaching the Quran at the cost of government exchequer cannot be allowed to continue,” he had said.

Sarma claimed that most students enrolled in the madrasas want to become doctors and engineers and are not aware of the fact that these are not regular schools. A survey conducted by a Gauhati University Professor, who is a Muslim, found that the parents and guardians of most madrasa students are not aware that their children are not taught regular subjects but imparted lessons mostly in theology.

The Minister claimed that most Islamic scholars are also not in favour of madrasas run by the government and added that these are a legacy of the Muslim League.

This is a welcome move, because the state clearly has no business funding madrasas which various analysts have found sow the seeds of Islamic extremism. But although the current bill appears to be specific to madrasas alone, the Assam government had earlier spoken about closing state-funded Sanskrit Tols (schools) as well.

It is not clear whether these Sanskrit tols included Hindu religious teaching in their curriculum, because if they were only teaching Sanskrit, that is something the government of Bharat (a country where this important classical language originated) should definitely promote. Moreover, as the Indian state controls the administration of many large Hindu temples and uses their revenue for secular causes, the least it can do is fund Hindu religious schools as well.

And if the Tols are going to be handed over to Kumar Bhaskarvarma Sanskrit University, what is the obsessive need to have them teach ‘Indian culture, civilisation and nationalism, irrespective of religion’? Don’t we have enough government schools and colleges to teach ‘nationalism, irrespective of religion’? Is this another example of monkey-balancing to conform to secular ‘logic’ which demands that something Hindu must be diluted/harmed if any action deemed ‘anti-minority’ (howsoever rational or logical it may be) is to pass muster?

In 2018, the Assam BJP government had introduced an Act to regulate the functioning of madrasas and provincialize (bring under state control) those madrasas which desired to do so and which met certain norms like appointment of secular subject teachers, infrastructure as per RTE guidelines etc. And now, the Govt has introduced a bill to repeal the 2018 Act. But this is not necessarily a bad thing as it shows Education minister Himanta Biswa Sarma has evolved his thinking and come to the conclusion that the state has no business funding religious institutions, especially those which have been proven to promote extremism and violence in not just Bharat but in other countries too.

But if this is the case, why hasn’t Sarma’s thinking filtered to the centre and other BJP-ruled states, which are not just continuing the state funding of madrasas and other minority-only scholarships/schemes, but actually upping the ante, going by data released by the Union Ministry of Minority Affairs?

Although it must be stated that BJP-ruled Maharashtra too had attempted something similar in 2015 to what the Assam government is doing now, when it had decided that madrasas and Vedic Pathshalas that did not teach mainstream subjects would be considered “non-schools”, and ineligible for state funding. But here too, note the inclusion of Vedic Pathshalas in the bar on state funding, unmindful of the fact that important Hindu temples in Maharashtra like Siddhivinayak are controlled by the state and are routinely tapped for funding of secular works instead of the Dharmic works like funding Veda Pathashalas they should ideally be leading.

A two part series titled ‘Religious minorities and State-funded religious education in India‘ by IndicCollective gives good insight of the extent to which this uniquely Indian idea of ‘minority-empowerment’ aka ‘minorityism’ has burrowed deep inside our state apparatus:

According to the Ministry of Minority Affairs Annual Report for 2018-19, a total outlay of around Rs. 3296.95 crores was approved for the remaining period of 14th Finance Commission (2017-18 to 2019-20) for utilization under the above-mentioned schemes and Foundation. To promote Ved Pathshalas, on the other hand, the Ministry of Human Resource Development allocated a grant-in-aid of a total corpus of Rs. 35.77 crores between 2017-18.”

It must be noted that 13500 minority universities and colleges such as Aligarh Muslim University (AMU), Jamia Millia Islamia (JMI), St. Stephens etc. are funded through IDMI:

“During 2016-18, INR 3010 Cr and INR 1002 Cr have been allotted to AMU and JMI respectively alone under the head ‘Salary, recurring and capital assets’. This is apart from the funding to Madrasas under the SPQEM which according to the MHRD data has risen manifold in recent times and is proposed to be raised by 80% next year. The funds allocated for coaching and scholarships to minority candidates are separate.”

Even the UP government under CM Yogi Adityanath, a man slandered as a ‘Hindu fascist’, is pumping funds to ‘modernize’ madrasas –

Given all this, AIUDF MLA Rafiqul Islam’s pointed criticism of the new Bill introduced by Himanta Biswa Sarma in the Assam legislative assembly rings true –  “Even Modi ji has said there should be computer in one hand and Quran on the other. Yogi (Adityanath) is doing the same in UP and allotted hundreds of crores for Madrassas.”

Also remember that minorities can still avail the regular schemes and scholarships that are open for all, apart from the sectarian schemes designed specifically for them.

In fact, the very classification of a community as ‘minority’ is arbitrary and inconsistent – there are 6 states and 2 UTs where Hindus, including indigenous tribal faith practitioners, are minorities but they are denied minority rights! Supreme Court itself has given conflicting judgements on this issue, with a CJI-led bench in Dec 2019 rejecting a PIL seeking minority status for Hindus in the states/UTs where they were in minority, saying –

“States were formed on linguistic basis. That is not the case with religion. It has to be pan-India. What is the problem if a community is majority in Jammu & Kashmir but minority in all other states. In Lakshadweep, Hindus may be 2% but they follow Hinduism which is majority in India….We cannot declare anyone as minority. It is always done by the government.”

This judgement seems to clearly go against the landmark judgment on TMA Pai v. State of Karnataka (2002), where an 11-judge Constitutional bench held that only the States/UTs can be a unit to determine who is a religious/linguistic minority therein.

However, the buck finally rests with the central government  – in August, SC issued notice to the Central Government seeking their response on another PIL filed in this matter.

The BJP’s top brains need to confabulate and come up with a consistent policy on the issue of state funding of madrasas and minority-only schemes in general. Himanta Biswa Sarma has shown the way to some extent – will the others follow?

PM Modi should remember his cogent criticism of such schemes when he was CM of Gujarat. In 2007, when PM Manmohan Singh told the group of Chief Ministers at National Development Council about the sectarian, minority-only schemes being introduced based on the flawed Sachar Commission report, CM Modi had opposed such “communal budgeting” for a “vote bank.”