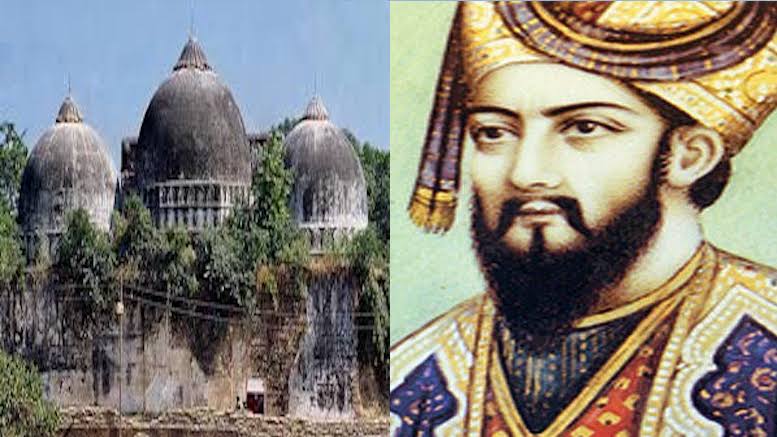 All the 32 accused in the disputed Babri structure demolition case have been acquitted by the special CBI court, with the judge S K Yadav ruling that the demolition was not pre-planned.

The disputed structure was demolished on 9 Dec, 1992 in a spontaneous mass action by Hindu kar sevaks who had lost faith in the convoluted legal process that had been dragging on since British rule to reclaim one of their holiest sites.

The Babri structure was built as a mosque by Mughal general Mir Baqi in 1528 CE, on orders of Mughal emperor Babur, after destroying a pre-existing Hindu temple which marked the birthplace of Bhagwan Ram in the holy city of Ayodhya. During the medieval era, it was a common practise of Muslim invaders and conquerors to destroy other religious places of worship and build mosques to establish the supremacy of Islam.

Although there were 49 named accused in the case along with lakhs of kar sevaks, 17 of those including Shri Ashok Singhal, Bal Thackeray, Mahant Avaidyanath, Giriraj Kishore and Vijayaraje Scindia passed away during the course of the trial, leaving the 32 accused who have been acquitted today. 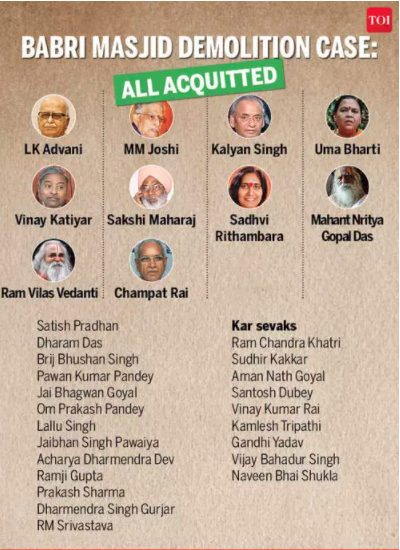 Judge SK Yadav said that no conclusive proof was found against the accused and observed that a local intelligence report had cautioned in advance that unexpected sequence of events can take place on December 6.

In November 2019, a 5-judge Supreme Court bench headed by then CJI Ranjan Gogoi in a unanimous and unambiguous verdict had granted the entire 2.77 acre of disputed land in Ayodhya to deity Ram Lalla and directed the Central Govt. to set up a trust for construction of a temple. The SC judgement said that the fact that there lay a temple beneath the destroyed structure has been established by the ASI (Archaeological Survey of India). Faith of Hindus that Sri Rama was born at demolished structure is undisputed, the judgement added.

The Hindu stand, totally founded on historical facts, in the RJB case had attracted ugly opposition, vilification and chicanery by Marxists, seculars and other anti-Hindu forces. Several eminent Marxist historians blatantly lied through their teeth and were forced to confess their incompetence and falsehoods during court hearings.

Iqbal Ansari, the main Muslim litigant in the RJB dispute, welcomed the special CBI court’s decision acquitting all the accused in the disputed structure demolition case and appealed to all Muslims to honour it. “It is good that all have been acquitted. Whatever had to happen happened on November 9 last year. This case should also have ended the same day,” Ansari said.