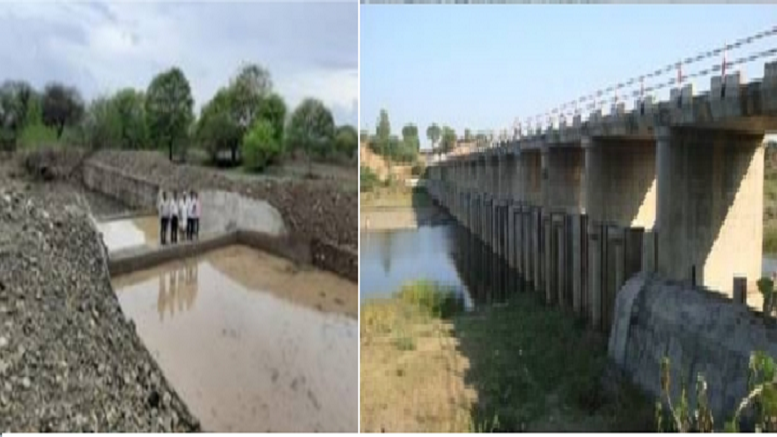 As water remains a major global challenge with more than half of Bharat’s population living in towns and cities than in rural areas, one year after it kicked off, the Central government’s Atal Bhujal Yojana (Atal Jal) has played a key role so far in pursuit of its five-year mission to increase the capacity of country’s ground water resource.

This unique scheme aims at increasing the capacity of states to manage their ground water resources and for ensuring their long-term sustainability with active participation of the local communities through a mix of top-down and ground-up approaches.

With an outlay of Rs 6,000 crore, the scheme focuses on community participation and demand side interventions for sustainable ground water management in identified water stressed areas of seven states in the country — Gujarat, Haryana, Karnataka, Madhya Pradesh, Maharashtra, Rajasthan and Uttar Pradesh.

The scheme, partly funded by the World Bank, was launched by Prime Minister Narendra Modi on December 25, 2019. Its implementation began from April 1 last year.

It is also expected that the scheme will contribute to the Prime Minister’s goal of doubling farmers’ income and to result in optimal use of ground water by the stake-holders in the long-run.

In the last one year , the scheme has managed to sign Memorandum of Association (MoA) with all seven states, and funds to the tune of Rs 24.05 crore under Institutional Strengthening and Capacity Building Component has been released to four states– Gujarat, Haryana, Karnataka and Uttar Pradesh.

However, proposals for release of funds for Maharashtra and Madhya Pradesh are under approval, whereas proposals are awaited from Rajasthan, the Ministry of Jal Shakti said.

“States are going ahead with preparatory activities for ground level implementation of the Atal Bhujal Yojana, said the Ministry.

Besides, National Aquifer Mapping and Management Program (NAQUIM), which studies for aquifer mapping and management plan formulation, have also been taken up by Central Ground Water Board (CGWB) under the scheme.

From January 1 to November 30 last year, Aquifer Maps and Management Plans for 1.67 lakh square km have been prepared covering various parts of the country, said the Ministry.

“Under the Aquifer Mapping programme, an area of 13.50 lakh square km was covered till December end last year out of the total 24.8 lakh square km area identified for mapping in the country.”

Several Training and outreach programmes including Public Interaction programmes (PIPs) and Mass Awareness Programme on Rainwater Harvesting have also been conducted so far.

As a part of the three-tier training programme being implemented by the Rajiv Gandhi National Ground Water Training and Research Institute (RGNGWTRI), a total of 63 training modules of various types (Tier I- 25, Tier II- 22 and Tier III- 16) were conducted during January to November 2020.

An innovative scheme on Aquifer Rejuvenation has also been undertaken by CGWB in which innovative artificial recharge techniques for aquifer rejuvenation has been carried out in aspirational districts of the states of Maharashtra, Telangana and Andhra Pradesh.

The work has been executed in three blocks- one each in Andhra Pradesh, Telangana and Maharashtra state. The interventions have resulted in improvement of ground water situation in the area.

Bridge-cum-bhandara, a water conservation structure that serves the dual purpose of transportation as well as storage of water in the upstream side, structures have also been constructed at five locations in parts of Maharashtra state under the scheme.

The scheme also envisages convergence of various ongoing schemes for implementation of interventions for improving ground water availability with emphasis on demand management and also to inculcate behavioural changes in the community to ensure optimal use of available water resources.

The launch of Atal Bhujal Yojana heralds a change in the government policy for ground water management by emphasising the importance of community participation in planning, execution, and monitoring of scheme activities; convergence of ongoing schemes for implementing interventions aimed at improving ground water availability; focus on demand side management through improving water use efficiency and incentivising participating states for awareness creation among the masses on the importance of ground water.

It is expected to improve ground water conditions in the target areas and to contribute significantly to ensure ground water sustainability for interventions planned under the Jal Jeevan Mission (JJM).