‘The Calcutta Quran Petition- The Petition and the Judgement’ by Sita Ram Goel – Chapter: Affidavit in Opposition 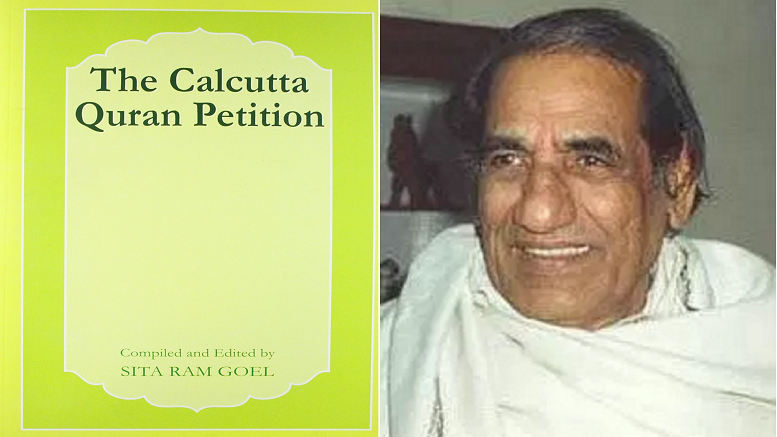 In this series of articles, we are introducing the book ‘The Calcutta Quran Petition’ by Shri Sita Ram Goel, to readers old and new. Shri SR Goel was one of the leading intellectuals & writers of Independent Bharat, whose work was subsequently marginalised & suppressed by the left-leaning academic establishment. We are grateful to VoiceOfDharma.org for making this treasure trove of books/articles available for the common public.

In the Matter of an application under Article 226 of the Constitution of India and Writs, directions and orders there-under.

In the Matter of Section 95 of the Code of Criminal Procedure, 1973.

In the Matter of the Koran, an Islamic book, published and sold in India in the original Arabic and in its translations in Urdu, Bengali, Hindi, English, etc.

In the Matter of:

1. I am competent enough and have been duly authorised to affirm the affidavit.

1a. I state that according to the Islamic belief the Holy Quran is a Divine Book. It contains the words of God Almighty revealed at His last Prophet Muhammad. The verses of the Holy Quran were revealed on the happenings of particular events and its each and every verse has a connotation of its own and on different and separate background.

2. I further state that as the Holy Quran is a Divine Book, no earthly power can sit upon judgment on it and no Court of law has jurisdiction to adjudicate it. The Holy Books like the Quran, the Bible, the Geeta, the Granth Sahib, etc., or their translations cannot be the subject-matters of adjudication in a court of law. All Holy Scriptures are immune from judicial scrutiny.

3. I submit that this Hon’ble Court has no jurisdiction to pronounce a judgment on the Quran, the Holy Scripture of the Muslims all over the world, each and every word of which, according to the Islamic belief, is unalterable.

4. There is, as far as known to me, no country in the world where there are no Muslims practising their religion, not to mention the countries where the whole population believe in Islam and the Holy Quran. From the time of British Rule and since Independence, inspite of the Indian Penal Code being in existence, there has never been such an application in any court in India.

In view of the aforesaid submission I am not dealing with any of the allegations in the said petition.

5. The instant Writ application has been filed with malafide and ulterior motives and should be dismissed with costs.

Excerpt from “Modi and Me: A Political Reawakening”