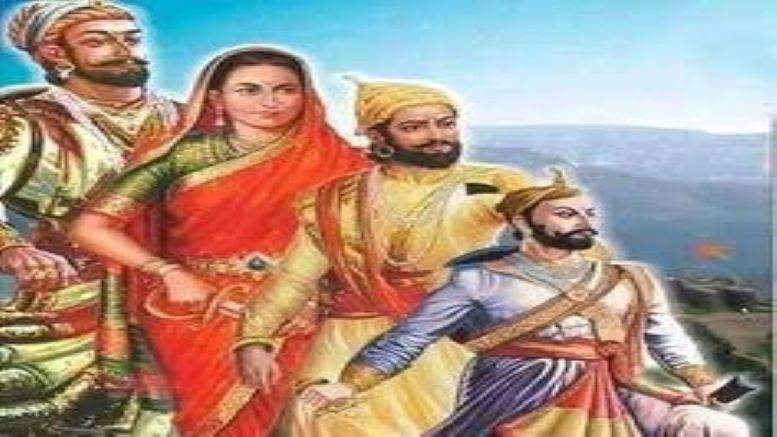 At a time when Bharat was overrun by Islamic rulers, the lamp of Swarajya (self-rule) was lit in Maharashtra. The credit for igniting the passion for Swarajya in a young Shivray goes to Rajmata Jijau (Jijamata) who instilled Dharmic values in him at a very young age. She, however, has the credit of molding not one but two Chhatrapatis who held the Bhagwa (saffron) flag high.

She was the daughter of Mahalsabai and Lakhuji Jadhav who was married to Shahaji Raje Bhosale. She was a true Kshatrani who overcame every roadblock in the path to the establishment of Swarajya as also many personal tragedies.

The first personal tragedy that struck Maa Saheb was when she was pregnant with her second son, Shivaji Maharaj. Lakhuji Jadhav was serving the Nizamshahis and was brutally murdered by the latter through treachery along with his sons and a grandson in 1629. She lost her father, brothers and a nephew to treachery.

Similarly, Rajmata lost her elder son Sambhaji Raje who was murdered by Afzal Khan when he was just 35 years. These tragedies, however, only strengthened her resolve to establish a Hindu Swarajya. Rajmata was the embodiment of Shakti who faced the numerous challenges life threw at her with the braveness that only those made of steel can do.

She had to raise a young Shivaji Maharaj alone in Deccan as her husband Shahaji Raje was exiled. She started sowing the seeds of Swarajya in Shivray at a very young age. She personally oversaw his training and also instilled Dharmic values in him by narrating tales from the Dharmic Hindu Granthas.

Hindavi Swaraj first took shape in Rajmata’s heart and it was this vision that she instilled in Shivray. Rajmata imbibed Rajasic and Sattvic qualities like knowledge, character, ingenuity, organization, management, diplomacy, weaponry and prowess in a young Shivray thus preparing him for turning her vision of Hindavi Swaraj into a reality.

It was the injustice of Islamic rule that Rajmata witnessed during her growing up years that made her resolve to overthrow the Islamic rule and bring about Hindavi Swaraj. She saw how women were being treated as mere commodities by the Sardars of all the Islamic Shahis and feared for their safety.

She was a pillar of support to her husband Shahaji Raje who was brave and yet treated as subservient by the Nizam and Adilshahis. She realized that unless Hindus had self-rule they would always be treated as inferior by the Islamists no matter how brave they were and how heroic their deeds!

A pregnant Rajmata overcame numerous challenges to reach Shivneri where she gave birth to the first Chhatrapati of the Maratha kingdom. The task accomplished by Rajmata Jijau was very great who did the hard work of cutting and shaping a diamond. In addition to narrating the stories of bravery and justice of ideal men from the Mahabharata and Ramayana Rajmata Jijau herself gave him lessons of politics, the system of Jahagirdari and schooling. It was Rajmata Jijabai who trained him to administer justice.

It was the confidence instilled by Rajmata that encouraged Shivray to not only establish the great Maratha Empire that would signal the death-knell of Islamic rule but also gave him the courage to face each adversity bravely and emerge victorious.

She also took over the role of a mother and mentor to Chhatrapati Sambhaji Maharaj who lost his mother at a very young age. She instilled the same values that she brought up Shivray with. It wouldn’t be wrong to say that she gave us not one but two Shivrays who were brave, just, Dharmic, and above all role models for generations to come.

Rajmata Jijau showed us the way of breaking free from slavery, both physical and mental by rooting ourselves in Dharma. If the Bhagwa was saved from being overrun by the Islamic flag, then it is largely due to the vision of Rajmata Jijau.

We owe a debt of gratitude to this great Kshatrani who protected Dharma by being its flag-bearer.