Presenting the true history of Bharat a torturous process 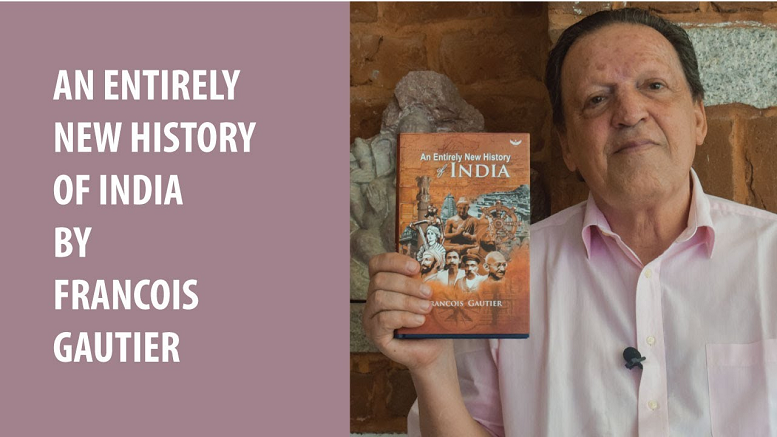 Ever since I began taking a serious interest in history from the time I was in the eighth grade and had yet to turn a teenager, I wondered why the focus was only on two ‘eras’ – the Mughal and the British. There were references to Ashoka, Chandragupta Maurya and Hyder Ali/ Tipu Sultan et al, but these were more in the nature of add-ons rather than to provide a perspective. The Chola dynasty and the Vijaynagar and Bahamani kingdoms got hardly a passing mention. I learnt more about the Taj Mahal and the Red Fort (at both Delhi and Agra) than about Angkor Wat.

Growing up, bits and pieces began falling into place and I wondered when the “true” history of Bharat would come to be written. There have been attempts by various academics and scholars over the years but these have focused only on specific areas instead of looking at the larger whole.

But then, when the “true” story of Bharat’s freedom movement is yet to be written, as admitted by economist-politician Jairam Ramesh admitted during a reading about a year on his book on V.K. Krishna Menon, it’s quite clear that the road ahead is torturous.

Walking this road once again is Francois Gautier, who for more than four decades has been writing on various aspects of Bharat- eight of them as the correspondent for the Le Figaro newspaper – and who is currently Editor-in-Chief of La Revue de l’Inde, a literary magazine devoted to Bharat published by leading French editor Les Belles Lettres. He is also building a Museum of True Indian History, dedicated to Shivaji, in Pune.

“An Entirely New History of India” (Garuda) is Gautier’s fifth on the subject and he spoke with passion during an interview with IANS on what drives him to continue to do so.

“Bharatiya history is not written as it happened, because it is mostly recorded by British, who had an interest to show Bharatiyas as inferior; example: the Aryan invasion – white people who came from Russia and brought horses, vedas etc. Also, British Sanskrit scholars had a tendency to postdate Bharatiya history.

“Max Muller, the greatest Sanskrit scholar of his time, like any good Christian of the nineteenth century, had read the conclusions of James Ussher, a 17th century Irish theologian, who claimed ‘that God created Heaven and Earth on the evening of October 22, 4004 BC’. It was almost a sacrilege to think that Bharatiyas, a colonized and inferior people, could have had a civilization well before the time of Christ… Muller thus dated the writing of the Vedas at 1500 BC, while many recent discoveries trace their existence back to at least around 5000 BC,” Gautier maintained.

Why is presenting a true account of Bharat’s history such a torturous process?

“Because it’s a touchy subject: you do something on the Goa inquisition (1560-1812 by the Portuguese to enforce Catholic Orthodoxy), Christians are unhappy; you touch upon Arab invasions and their bloodiness and Muslims are unhappy; you speak of vedas and Mother India and dalits go up in arms. Also, the clichés still attached to Bharat in the twenty-first century are another cause of the scarcity and conventionality of history books on the Bharatiya subcontinent.

“In spite of all the sympathy felt by westerners for Bharatiyas, when you mention the word ‘India’, the first image that comes to their mind is that of poverty and slums. Now, as this book will establish, not only does Bharat have a rich and vast history, but economically, politically and socially it is surpassing China by its democratic and liberal values. Thus, we need to rewrite the history of Bharat,” Gautier asserted

Is enough being done to rework the school curricula to present a ‘Bharatiya’ narrative of the country’s history?

“No absolutely not. No government, either Congress or BJP, has dared. The present government is only doing homeopathic changes because of so much resistance,” Gautier maintained, holding the ‘Brown Sahibs’, whom he described as the “descendants” of the British Raj responsible.

“When they took over Bharat, the British set upon establishing an intermediary race of Bharatiyas, whom they could entrust with their work at the middle level echelons and who could one day be convenient instruments to rule by proxy or semi-proxy. The tool to shape these ‘British clones’ was education.

In the words of Macaulay, the ‘Pope’ of British schooling in Bharat: “We must at present do our best to form a class, who may be interpreters between us and the millions we govern; a class of persons, Indians in blood and colour, but English in taste, in opinions, in morals and in intellects.”

“Macaulay had very little regard for Hindu culture and education, declaiming that ‘all the historical information which can be collected from all the books which have been written in the Sanskrit language, is less valuable than what may be found in the most paltry abridgement used at preparatory schools in England’ or that ‘Hindus have a literature of small intrinsic value, hardly reconcilable with morality, full of monstrous superstitions’,” Gautier maintained.

It seems today, Gautier asserted, that Bharat’s Marxist and Muslim intelligentsia could not agree more with Macaulay or with Charles Grant (1746-1823), Chairman of the East India Company, who said: “We cannot avoid recognising in the people of Hindustan a race of men lamentably degenerate and base… governed by malevolent and licentious passions… and sunk in misery by their vices.”

“For the dream of Macaulay has come true: nowadays, the greatest adversaries of the ‘Indianised and spiritualised education’ are the descendants of these Brown Shahibs: the ‘secular’ politicians, the journalists, the top bureaucrats, in fact the whole Westernised cream of Bharat. And what is even more paradoxical is that most of them are Hindus,” Gautier lamented.

Question: The NEP grandly talks about introduction of contemporary subjects such as AI, Design Thinking, Holistic Health, Organic Living, Environmental Living, Global Citizenship et al, but is strangely silent on restoring the imbalances in the true history of Bharat. What are your views on this?

“All western concepts. But Ayurveda had holistic concepts much before the west. These ecologists and Bharat-bashers have denied Bharat its true identity and borrowed blindly from the West, without trying to adapt it to the unique Bharatiya mentality and psychology; and it is they who are refusing to accept ‘an Indianisation, nationalisation and spirtualisation’ of Bharat’s education system, which is totally western-oriented and is churning out machines learning by heart (Bharatiya children must be amongst those having most homework in the world) (and) boring academics which are of little usefulness in life.

“And what Bharat is getting from this education is a youth which apes the West: they go to Mac Donald’s, thrive on MTV culture, wear the latest Klein jeans and Lacoste T Shirts, and in general are useless, rich parasites, in a country which has so many talented youngsters who live in poverty. They will grow-up like millions of other western clones in the developing world, who wear a tie, read the New York Times and swear by liberalism and secularism to save their countries from doom,” Gautier said.

Speaking about the Museum of True Indian History in Pune, which, in its previous avatar, was at the heart of the Maratha empire and is today Bharat’s educational, cultural, automotive and cultural capital, he explained: “It is Shivaji Maharaj’s realm, it is central to Bharat and more than anything, Marathas have a stronger national fiber than in other states and I feel the Museum is better protected there. Today we have 18 pavilions and a unique shrine dedicated to Bharat Mata. We are trying to portray Bharatiya History as it happened, not as it has been written, is also a very sensitive task and at nearly every step, we have encountered obstacles sometimes even from our own people.”

“We even are facing threats from some Shivaji groups, who object to Shivaji Maharaj being associated with Mother India or the Vedas. Shivaji was an instrument of god and whoever binds him to a particular caste, or even a particular guru, demeans him and hampers his work, for he was a supra national figure and his qualities of dedication to Mother India, of respect of human rights and honest administration, are needed today. His extraordinary courage in front of adversity, should also be an example to Hindus, who today, at the slightest threat go underground,” Gautier concluded, unfazed by the hiccups, even as he is engaged in writing a book on Ayurveda in French, a biography of Amrita Anandamayi and a book on ‘pranayama’.