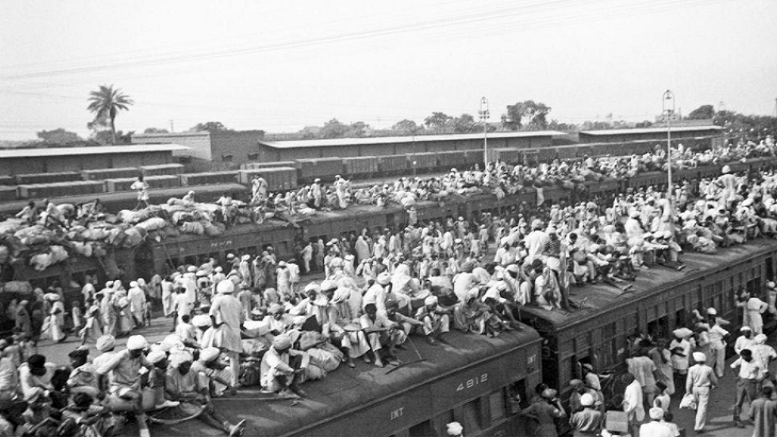 History consists of bare fact presented to the contemporary for objectively analyzing the same and deriving a conclusion. But it is unfortunate that history is often corrupted by subjective influences, idyllic morals, glorified blunders, illusive half-truths and heroic versions to influence the society for good.

Situation becomes worse when people who are involved in the making history itself later acquire authoritative positions to dictate the nature of history to be probed and propagated to a regimented society. There knowledge to be imparted are homogenized under strict surveillance with predefined ingredients so that there will be only one perspective of a given thing.

It seems that Bharat’s freedom struggle is no exception to this corruption and has been presented to public, tailor-made with active overdose of moral ingredients which are farther from facts and in close vicinity with an ethical fiction.

The history of Bharat’s independence, we studied is a cocktail of information deliberately delivered to us, ingredients of which have been carefully chosen by the very same persons who had a pivotal role in the actual facts and incidence that happened. We have been regularly spoon-fed from different sources so equivalently so that to form a strong conviction of what has been tutored is true. Hence, we believe and have made up an age old conviction that Bharat’s Independence struggle was the world’s first non-violent struggle for independence.

It is estimated about two million people died and fourteen million was displaced during partition of Bharat, which was part and parcel of the essential accord of Bharat’s Independence. More than one lakh Bharatiya soldiers died fighting world wars for the British, which were also agreed as a precondition for Independence by our leaders and these leaders prompted the poor youth of this country to be soldiers of the British and fight for them till death.

If our leaders were able to make millions of Bharatiyas move thousands of kilometer’s, with family and belongings, by means of crude transport to unknown locations, in inhuman condition, as part of their imprudent idea called partition, why they were not able to make the people march to the British headquarters to toss the British out of Bharat by force. Even in such situation they would not have faced causality more grave than they suffered later.

If one third of those dead had confronted the British with dry straw in their hands, we would have got independence much earlier with less fatality. Instead we lost everything, a big portion of our land, large number of life, an eternal headache in the name Kashmir and received complete chaos and communal disharmony.

If non-violence is a term used to define absence of violence in achieving something, how are we to justify these lakhs of deaths? We adore our leaders of the time without questioning, the consciously cooked-up stories with factual semblance, nevertheless half-truths and most of the time totally false.

The leaders of the time, who were responsible for monumental blunders leading to a holocaust of mega magnitude, later became in charge of the reigns of polity which ruled Bharat and all critical, objective and honest study about Bharat’s freedom struggle was torpedoed.

Society was injected with episodic dose of a concept, appreciating the action of leaders in delivering freedom by a factual misnomer called “non-violent struggle for Bharat’s independence” and ceaselessly silencing any rebellious voice demanding a honest enquiry.

Even the education system was programmed to brand the national leaders as unquestionable and truth as to the death of lakhs of life was buried deep in the heroic version of freedom struggle. Perpetually hidden in the abyss of time is the solo scream of lakhs of people dead or displaced.

The unfortunate killing of the champion of Bharat’s Independence movement created sympathetic wave so strong that all aspect of freedom struggle was just confined to the birth of a “Father of nation” and any culpability of the leaders were seldom debated.