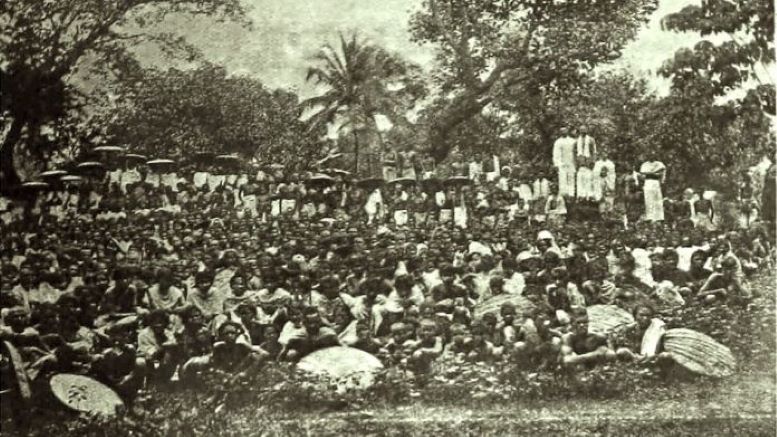 The names of 387 Moplah leaders including Variamkunnath Kunahmed Haji and Ali Musaliar among others who facilitated the Malabar Hindu genocide would be deleted from the ICHR (Indian Council of Historical Research) Martyrs of Bharat’s freedom struggle dictionary.

The decision was taken based on the recommendation of a three-member panel reviewing the fifth volume. The panel was of the opinion that the Moplah massacre was a fundamentalist movement aimed at religious conversion and not related to the freedom struggle.

The panel also pointed out that the ultimate aim of the Moplah massacre leaders was to establish a Caliphate and had they been able to succeed at their nefarious plans, Bharat would have ended up losing a part of its territory. Furthermore, the panel reached the conclusion that a large number of Hindus were massacred and a Sharia court had been established by the Moplah leaders.

ICHR’s Research and Administration Director Om Jee Upadhyay that the list of martyrs would be modified as per the recommendations of the panel and an updated list would be published by October end. It is worth mentioning that the fifth volume of the Martyrs Dictionary had been withdrawn by the Culture Ministry last year after the BJP state unit intervened.

Not surprisingly Congress MP Shashi Tharoor was livid with the decision and went on with the usual rhetoric of “communalising history”. He said that the past was being rewritten to introduce communal divisions so as to create false memories in people who have been living “harmoniously”. For the Congress whitewashing the Hindu genocide is par for the course but course correcting and putting out facts such as the reality of the Moplah Hindu massacre is “communalising history”.

The Moplah Hindu genocide is one of the forgotten chapters of Bharat’s history where innocent Hindu men, women, and children were murdered in cold blood by fanatical Muslims using the Khilafat movement as an excuse. This year marks a century of brutal bloodshed.