Mathematicians Of Kerala – Madhava of Sangamagramma 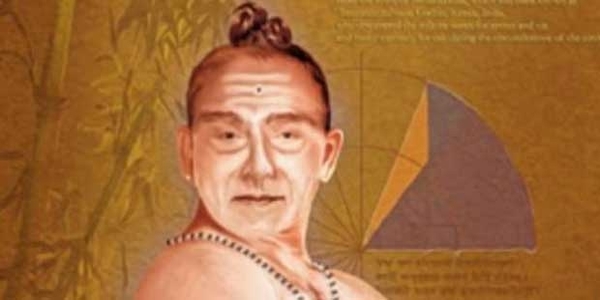 This is the the third article in the series Mathematicians of Kerala. The writer has highlighted the work of Madhava of Sangamagramma.

Although born in Cochin on the Keralese coast before the previous four scholars I have chosen to save my discussion of Madhava of Sangamagramma (c. 1340 – 1425) till last, as I consider him to be the greatest mathematician-astronomer of medieval India. Sadly all of his mathematical works are currently lost, although it is possible extant work may yet be ‘unearthed’. It is vaguely possible that he may have written Karana Paddhati a work written sometime between 1375 and 1475, but this is only speculative. All we know of Madhava comes from works of later scholars, primarily Nilakantha and Jyesthadeva. G Joseph also mentions surviving astronomical texts, but there is no mention of them in any other text I have consulted.

His most significant contribution was in moving on from the finite procedures of ancient mathematics to ‘treat their limit passage to infinity’, which is considered to be the essence of modern classical analysis. Although there is not complete certainty it is thought Madhava was responsible for the discovery of all of the following results:

. Both the above results are occasionally attributed to Maclaurin.

A particular case of the above series when t =1/

In generalisation of the expressions for f2 and f3 as continued fractions, the scholar D Whiteside has shown that the correcting function f(n) which makes ‘Euler’s’ series (of course it is not in fact Euler’s series) exact can be represented as an infinite continued fraction. There was no European parallel of this until W Brouncker’s celebrated reworking in 1645 of J Wallis’s related continued product.

4d/(n2 + 1) etc, this resulted in improved approximations of p, a further term was added to the above expression, allowing Madhava to calculate p to 13 decimal places. The value p = 3.14159265359 is unique to Kerala and is not found in any other mathematical literature. A value correct to 17 decimal places (3.14155265358979324) is found in the work Sadratnamala. R Gupta attributes calculation of this value to Madhava, (so perhaps he wrote this work, although this is pure conjecture).

The following results are also attributed to Madhava of Sangamagramma:
11) sin(x + h)

Both the approximations for sine and cosine functions to the second order of small quantities, (see over page) are special cases of Taylor series, (which are attributed to B Taylor).

With regards to this development R Gupta comments:

Although these results all appear in later works, including the Tantrasangraha of Nilakantha and the Yukti-bhasa of Jyesthadeva it is generally accepted that all the above results originated from the work of Madhava. Several of the results are expressly attributed to him, for example Nilakantha quotes an alternate version of the sine series expansion as the work of Madhava. Further to these incredible contributions to mathematics, Madhava also extended some results found in earlier works, including those of Bhaskaracarya.

The work of Madhava is truly remarkable and hopefully in time full credit will be rewarded to his work, as C Rajagopal and M Rangachari note:

…Even if he be credited with only the discoveries of the series (sine and cosine expansions, see above, 3) and 4)) at so unexpectedly early a date, assuredly merits a permanent place among the great mathematicians of the world. [CR /MR1, P 101]

…We may consider Madhava to have been the founder of mathematical analysis. Some of his discoveries in this field show him to have possessed extraordinary intuition. [GJ, P 293]

With regards to Keralese contributions as a whole, M Baron writes (in D Almeida, J John and A Zadorozhnyy):

…Some of the results achieved in connection with numerical integration by means of infinite series anticipate developments in Western Europe by several centuries. [DA/JJ/AZ1, P 79]

There remains a final Kerala work worthy of a brief mention, Sadrhana-Mala an astronomical treatise written by Sankara Varman serves as a summary of most of the results of the Kerala School. What is of most interest is that it was composed in the early 19th century and the author stands as the last notable name in Keralese mathematics.

In recent histories of mathematics there is acknowledgement that some of Madhava’s remarkable results were indeed first discovered in India. This is clearly a positive step in redressing the imbalance but it seems unlikely that full ‘credit’ will be given for some time, as that will possibly require the re-naming of various series, which seems unlikely to happen!

…No acknowledgement of the work of the Keralese school. [DA/JJ/AZ1, P 78]
(Despite several Western publications of Keralese work.)

(to be continued… The articles in this series appeared on the portal of University of St. Andrews.)