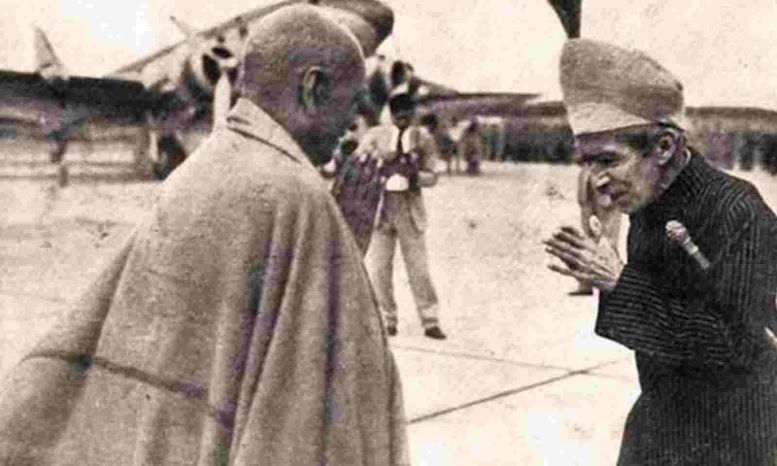 The Union government has declared September 17 as Hyderabad Liberation Day. It commemorates the sacrifice of those who strived for the integration of the erstwhile princely state with Bharat after independence. Hyderabad, ruled by the Nizam, officially joined the Bharatiya union on September 17, 1948. September 17 is officially observed as Liberation Day by the states of Maharashtra and Karnataka.

The princely state of Hyderabad & its integration with Bharat

Following independence, the princely states were given an option to join either Bharat or Pakistan. Hyderabad was ruled by the Asaf Jahi dynasty’s seventh Nizam Mir Osman Ali Khan. The Nizam wanted to continue as an independent ruler, failing which he hoped to join Pakistan. While the Islamist ruler wanted to join the Islamic nation, the Hindu citizens who formed the majority wanted to remain with Bharat.

“A special feature of the history of Hyderabad has been that it never enjoyed independence and never established a legitimate claim to it by making any sacrifices in the cause of independence. Nizam’s Government lifted the 5-year-old ban on the Communists & efforts are being made for an Ittihad-Communist alliance to make common cause against India”, notes the GoI’s (Government of India) whitepaper on Hyderabad.

The British turned down the Nizam’s appeal for dominion status and Sardar Vallabhbhai Patel, then minister of home affairs of India gave the Nizam three months after August 15. Sardar Patel decided to wait as he was assured that the Nizam would not join Pakistan. At the same time, he was aware that the Nizam was listening to Islamist extremists. A standstill agreement was signed by the GoI with the Nizam on November 29, 1947.

The blood shed by Razakars

Kasim Razvi headed the MIM (Ittihad-ul-Musilmeen) (precursor of AIMIM), an organization dedicated to maintaining Islamist dominance in the state, and influenced the Nizam. The Razakars were the MIM’s military wing. “We shall fight and die to the last man”, Razvi told Sardar Patel when he met him in Delhi in November.

The Razakars were a private militia that crushed any form of dissent against the Nizam by the freedom fighters. The Nizam gave the Razakars a free hand to crush Hindu uprisings and movements. Following the empowerment by the Nizam, the Razakars unleashed a reign of terror in rural Telangana.

The Razakars went from one village to the next murdering, raping, and mass-converting Hindus. The aim was to turn Hyderabad into a Muslim-majority state. The ethnic genocide of the Hindus by the Razakars is one of the bloodiest chapters in Hindu history.

The example of Telangana’s Veera Bairanpalli village will aptly show the cruelty propagated by the Razakars. The villagers successfully repelled three attempts of the Islamist forces to infiltrate the village merely using crude weapons such as slings. The Razvi-led Razakars infiltrated the village on their fourth attempt.

The villagers were unarmed as the festival of Bathukamma was ongoing. The guards at the mud fort on the village border were shot dead at point-blank range. The Razakars then massacred the villagers. Hindu girls were paraded naked, women were mercilessly raped, men were shot dead, and several temples were looted.

Razvi was angered by the retaliation by the villagers in which his men were shot dead. Survivors have told sordid tales of villagers being lined up and shot dead to save bullets. “They plundered everything. The armed men molested women, killed sheep and killed able-bodied men just for pleasure. They looted every village en route. To save bullets, they lined us up and shot. The bullet missed me and went through my left hand. Thinking that I am dead, they threw me on the heap of dead bodies”, said survivor N. Mallaiah.

The same horrific tale is repeated by many survivors. The Razakars continued to terrorize the public till the Bharatiya army intervened and routed the Islamic forces. The army launched Operation Polo in September 1948 to put an end to the Razakars’ atrocities and out of fear of the establishment of an Islamist-Communist state.

More than 40,000 civilians were forced to seek refuge in Bharat’s central provinces due to Islamic brutality witnessed in 150 rural Telangana villages. The refugees conducted frequent raids to reclaim their land.

The Jawaharlal Nehru-appointed Sunderlal committee estimated the total deaths in the state at around 30,000-40,000 while independent observers put the number at more than 200,000. On the insistence of Sardar Patel, Nehru authorized the army to launch Operation Polo. The five-day operation was initiated on September 13.

September 13 (Day 1): Indian Army’s seventh brigade and Hyderabad first infantry fought the opening battle at Solapur-Secunderabad highway’s Naldurg Fort after the army entered the state at 4 in the morning. The army secured the vital bridge on the Bori river following which the second Sikh infantry attacked the Hyderabadi positions on the fort.

The first day ended with the Bharatiya army capturing vast tracts of land and inflicting heavy casualties on the Hyderabadis on the Western front. LG (Lieutenant General) AA Rudra’s force managed to reach Kodar despite stiff resistance from Razvi’s forces.

September 14 (Day 2): The Indian forces reached Rajeshwar from Umarge after the Tempests squadrons cleared the route where Nizam’s ambush troops were hidden. The Bharatiya forces on the eastern front were slowed down due to various hurdles. Major General (Maj Gen) DS Brar-led forces successfully captured today’s Sambhajinagar (then Aurangabad). However, the Hyderabadi forces put up stiff resistance in Jalna.

September 15 (Day 3): A company of Gurkhas occupied Jalna while the rest of the army moved to Latur and subsequently, Mominabad. Airstrikes at Surraipet cleared the route for the army to proceed. The Razakars attempted to delay the progress of the Bharatiya forces by destroying the Musi bridge. The Bharatiya forces quickly repaired the bridge and ended the day on a high note by routing the Razakars at Narkatpalli.

September 16 (Day 4): Lt.Col. Ram Singh’s task force headed to Zahirabad despite being slowed down by a minefield. The Bharatiyas successfully overcame the ambush attempts by the Razakars after 75 mm guns were brought in by the army to deal with the Islamists.

September 17 (Day 5): By the morning of the fifth day, the Bharatiya army had inflicted heavy casualties and completely routed the Hyderabadi forces and Razakars on all fronts. The armed conflict come to an end at 5 PM on September 17 after the Nizam announced a ceasefire. Hyderabad state forces under Major General Syed Ahmed El Edroos surrendered to the Bharatiya forces led by Joyanto Nath Chaudhuri at Secunderabad. The surrender ceremony took place at around 4 PM on 18 September.

The MIM was banned in 1948 after the successful completion of Operation Polo. Razvi was jailed from 1948 to 1957 and after his release, he moved to Pakistan where he was given asylum. Razvi handed over the leadership of MIM to Abdul Wahid Owaisi before leaving.

The timely action ordered by Sardar Patel saved the Hindus of Hyderabad who were being subjected to unspeakable atrocities by the Islamist forces. This is yet another chapter of Hindu history that is missing from history textbooks.