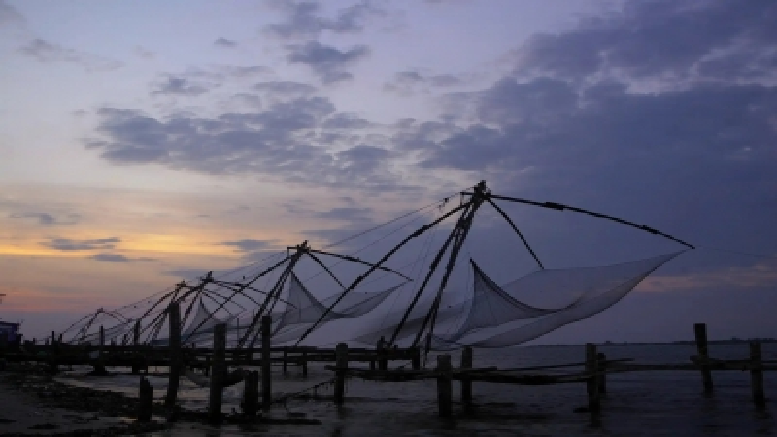 In Part-1 of his article Prof. Lokesh Chandra explains how a powerful cultural connection between the two ancient civilisations- Bharat and China– cemented a vibrant relationship over centuries, which prevented political differences from impeding civilisational ties. In part 2 he extends his “culture first” argument further.

Chinese works prove that Bharat and China have been friendly neighbours who have coexisted peacefully despite ups and downs of communication.

A Sanskrit-Chinese Dictionary compiled by Li-yen in AD 782 gave a clue to the interpretation of a verse in Kalidasa’s Raghuvamsa. It made known that Dvipantara of Kalidasa means Indonesia. Indonesia was central to the way of the Buddha in 7th and 8th centuries and her fame traveled as far as China. Tagore speaks of Tepantar (Dvipantara) in his poems entitled The Crescent Moon as a fairyland “where the pair of wise old birds have their nests”.

Indonesia lived on in the amnesia of our legends, until the dictionary of Li-yen made her a geographical entity in Sanskrit literature. We can also appreciate the international vision of the greatest of our classical poets Kalidasa who exhorts the beloved of Hemangada, the King of Kalinga to “sport with him on the shores of the sea…… where your drops of perspiration will be cooled by breezes of clove flowers wafted from the Indonesian isles”. What a lovely cultural texture of Sanskrit, Chinese and the Indonesian waters: like the Net of Indra (Indrajala) in which many mirrors reflect each other in multiplied and re-multiplied reflections.

Father was interested in cultural relations with Indonesia. He had become an intimate friend of an Indonesian student in Utrecht in 1928. He was a solitary Bharatiya student in the Netherlands. Professor Willem Caland introduced him to an Indonesian as a compatriot Bharatiya, Priyohoetomo by name. When Indonesia got independence, Priyohoetomo became the principal of the police Training School, Jakarta as he spoke Dutch and had a European education.

There were few Europe-educated modern Indonesians, and they came to occupy important places in governance. Priyohoetomo used to teach yoga as a part of the training of policemen. He came to see my father who was a Member of Parliament. Father related to him that the Sanskrit-Chinese Dictionary of Li-yen gave the precise interpretation of the word Dvipantara in Kalidasa as Indonesia. Priyohoetomo was delighted to learn that Kalidasa spoke of his country. Chinese works provide solutions to problems of interpretation.

There are several other Sanskrit-Chinese dictionaries. like the Mahavyutpatti, which gives Buddhist technical terms in Sanskrit, Tibetan, Mongolian and Chinese. These four classical languages are a must for original research in Buddhist studies. The Mahavyutpatti stands out among others as it has the largest number of terms, many of which are not found in other Chinese dictionaries. I edited this lexicon in 1981.

In China very few Sanskrit texts have been discovered. There are four palm leaf folios, which narrate the life of Kalidasa. Yang Yin-shen discovered the fragments of the Shakuntala drama of Kalidasa in the Kuo-ch’ing monastery on the T’ien-t’ai Mountains near Wen-chou. These fragments belong to the 8th century and are the earliest known fragments of Kalidasa. It is the place from where Chinese theatre developed.

The Chinese revered Sanskrit sutras and they translated some 3000 Sanskrit texts in to Chinese from the second to the thirteenth century. Bharatiyas participated in this translation over a thousand years. Chinese poets write about the scripts on palm leaves as holy: they have the feel of the West and West means Bharat. The sandal wood incense is the fragrance of Bharat.

Frankincense and palmyra were the smell and feel of the Dharma of the warm West. The Chinese emperor I Tsung, who ruled from 860 to 873, himself chanted the Sanskrit Sutras from palm leaf books kept in the palace. What beautiful memories of our relations with China.

Transmission of Sugar technology from Bharat to China

Three Chinese pilgrim scholars are famous for their travel across the whole of Bharat to study at various universities. They have left valuable accounts of the social, economic, political, and academic conditions, which have become a bedrock of Bharatiya history. Fa-hsien journeyed overland to Bharat in AD 400, while Hs’an-tsang left China for Bharat in 629, and I-tsing traveled to Bharat in 671. There were several others whose travel accounts have been lost. For example, Chih-meng started from the Chinese capital Ch’ang-an in 404. He stayed the longest in Bharat, for 43 years. He mentions the names of places, kings, sects and communication routes. They are important for the cultural, economic and political history of Bharat.

Another pilgrim T’ang Wu-chieh started for Bharat in 422. He mentions a number of Buddhist monasteries of Central Asia. He is the first Chinese to mention ‘stone honey’ (or ‘granulated white sugar’ as distinct from ‘brown sugar’ It attracted every Chinese visitor to Bharat, as honey was the only sweetening agent known to China. T’ang took a ship from the estuary of Ganga to Sri Lanka and thence to Sumatra to return to Kuang-chou in South China. It is a rich source for the history and geography of early Classical Bharat.

In a meeting of the EPG (Eminent Person’s Group: India and China) a Chinese scholar said that chini or sugar came to Bharat from China. I had to correct him that according to the T’ang Annals sugar technology was taken to China from Magadha. When Hs’an-tsang went back to China he spoke to the emperor about the stone honey. In 647 Emperor T’ai Tsung sent a mission to Magadha to study the process of boiling sugar and it was adopted by sugarcane growers of Yang-Chou.

The Hindi word chini is Sanskrit sini, which means white and sini has become chini or white sugar as opposed to brown sugar. The word chini has no connection with China. It deceptively sounds Chinese and makes some think that sugar had its origin in China. Even Pliny refers to the sugar of Bharat as a kind of honey obtained from canes without the agency of bees. Sugar and sugarcane was the prosperity of the Iksvaku dynasty of Ayodhya whose outstanding kings are the epic heroes King Dasaratha and Bhagwan Rama. The dynastic name Iksvaku is from iksu, which means sugarcane.

The flow of technology between the two countries for more than 1500 years has to be studied. A lot can be found in the volumes of Needham’s Science and Civilization in China. The Chinese have always felt that Bharatiyas excel in mathematics and astronomy. In the 8th century the Imperial Board of Astronomy in China was presided over by Bharatiyas. Bharatiyas calculated the time of imperial rites on the basis of zero and trigonometry, which were new to the Chinese but gave more precise calculations.

Chinese annals have preserved accounts of maritime lanes, e.g., of the developed shipping technology of Indonesia. Some of the Chinese pilgrims to Bharat went by sea, took the ship from Sri Lanka, from Sri Lanka to Indonesia and from Indonesia they sailed to China. Though indirect, it was a safe and sure route. Moreover, it had regular sailings from Indonesia to China.

The Sanskrit Chinese dictionary Fan-fan-yu is fascinating for overland routes, shipping lanes, and so on. It is valuable for its word entries from the travel accounts of Chinese pilgrim-scholars which have been lost. It had been transcribed, Sanskrit words restored, and translated by father Prof. Raghu Vira along with his Japanese disciple Dr. Chikyo Yamamoto in 1938. It was lying scattered in notes and scribbles for the last seventy years. I completed it in 2008 as a mark of filial piety in true Confucian fashion. The Chinese text has also been given along with the English, so that Sinologists can make better use of it. The lexicon was compiled in AD 517.