Dr. Ambedkar and his thoughts on reservations 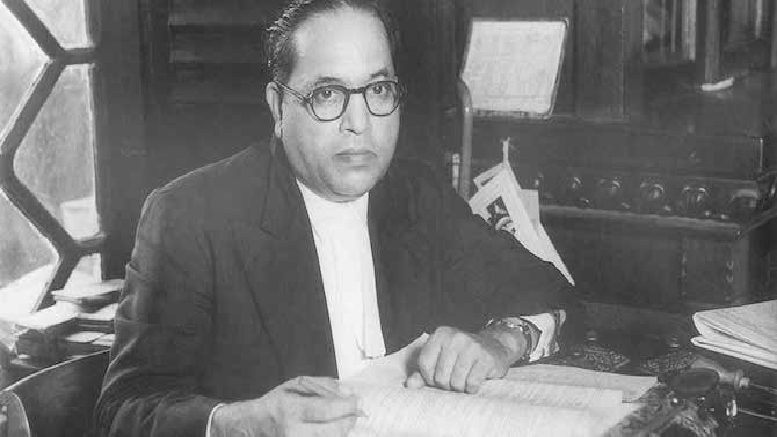 In 2018 Maharashtra had been stirred up by the Maratha community for reservations in employment and education. It is the same matter which has been referred to the Constitutional bench of Supreme Court, recently.

The topic of reservation often attracts ire and hope equally, and almost every caste in Bharat is now seeking special status and reservations for their community as if it is the only way to ameliorate hardships. The Constitution of Bharat, which has empowered the state to carve out special provisions for upliftment of  backward classes and scheduled castes is leveraged for political objectives rather than for the advancement of the backward classes.

The pioneer of this reservation system for backward classes and schedule castes is Dr. Ambedkar, who is more frequently looked up to by political leaders to earn political brownie points rather than truly acting on his vision and mission. He often called as the ‘Maker of Indian Constitution’, which is a myth and this author has attempted to bust this myth in a previous article.

Dr. Ambedkar is the most unexplored politician in Bharatiya history. He was a scholar, astute politician, economist par excellence, great historian and whatnot; but despite his plethora of qualities he has been reduced to a tool for political and personal mileage. An analysis of his views on reservation busts lies surrounding this issue and most importantly shows how Dr. Ambedakar’s reservation policy is reduced to naught by misconceived interpolations.

Dr. Ambedkar’s thoughts on reservation could be traced in his draft, which he intended to submit to the Constituent Assembly. The same draft later on got published under the title ‘State and Minorities’.

He was also in favor of curtailing a right to representation for scheduled castes and other minorities if the candidates failed to fulfill minimum educational qualification, and therefore it would not be mistaken to state that Dr. Ambedkar wanted reservations or representation in public services without compromising on quality of administration.

Most importantly, he did not bat for reservations in education, rather he merely states that the state should take care of financial assistance in education at every stage for the betterment of Scheduled Castes. This is a striking feature of Dr. Ambedkar’s line of thinking.

I think this approach of Dr. Ambedkar towards reservations in educational institutions should not die down without debate in the public domain. The principal bone of contention in the policy of reservation is compromising meritorious candidates and quality in public services.

Suppose there is no reservation in educational institutions and perfectly level playing field for all the candidates, nevertheless scheduled caste students would get special financial assistance from the state. All the students entering in the educational institutions will be solely based on merit. Therefore, they will have by and large equal competency while entering into the public services market after successful completion of their course. In this scenario, though there would be reservations in the services, only meritorious students from scheduled caste communities would enter into the services through a quota system thereby retaining a high standard in the administration.

It is apt to note that the Bharatiya Constitution was devoid of any reservations in private educational institutions when it was enacted in 1950. However, lure of political gains compelled selfish politicians to introduce reservations in private educational institutions by early 90s and this was cemented through the ninety third amendment of the Constitution in 2005 .

Longevity of reservations is a subject of ad nauseam debates and the difference of opinion among the scholars has left common the man perplexes. Dr. Ambedkar has provided an answer to this problem as well. His proposal includes a review of reservation policy in Bharat after 25 years of its implementation which is sufficient time for any honest government to act as a troubleshooter. However, it is unfortunate that the state has failed to ameliorate conditions of scheduled castes and other backward classes in Bharat for more than seventy years.

While speaking on the issue of reservations in the In Constituent Assembly, Ambedkar said –

“……..Supposing, for instance, we were to concede in full the demand of those communities who have not been so far employed in the public services to the fullest extent, what would really happen is, we shall be completely destroying the first proposition upon which we are all agreed, namely, that there shall be an equality of opportunity.

Let me give an illustration. Supposing, for instance, reservations were made for a community or a collection of communities, the total of which came to something like 70 per cent of the total posts under the State and only 30 per cent are retained as the unreserved. Could anybody say that the reservation of 30 per cent as open to general competition would be satisfactory from the point of view of giving effect to the first principle, namely, that there shall be equality of opportunity?

It cannot be in my judgment therefore the seats to be reserved, if the reservation is to be consistent with sub-clause (1) of Article 10, must be confined to a minority of seats……..”

Here he is loud and clear against offering majority seats to minorities in public services; any such attempt, according to him, would grossly commit an injustice to the majority and therefore seats reserved in public services should not be to the extent of militating against a principle of equality and equal opportunities for all.

In the light of Dr. Ambedkar’s thoughts, therefore the reservations applicable to minority communities in Tamil Nadu to the tune of 69% of total seats in education and employment is unjustifiable and against the principles of equality espoused in the Constitution of Bharat. The same argument must be applied to the demand of Maratha reservations in Maharashtra, which would catapult majority seats into the reserved category.

In Bharat, several court cases have been fought in the Supreme Court on the issue of reservations, however the trailblazer was ‘Indra Sawhney Etc. vs Union Of India And Others’ wherein Mr. Nani Palkhiwala, a great lawyer, insisted on merits and argued in favour of confining reserved seats to 30% of the total since reservation is an exception and not the norm.

Had Dr. Ambedkar been alive, he would have confirmed the arguments of Nani Palkhiwala. The politicization of reservations has done more harm than benefit to the backward classes.

The purpose of reservations is defeated as there is competition among various castes to show themselves backward in order to pocket more and more reservations for their community. Instead of stepping out of the morass of casteism, these groups are getting strengthened under the umbrella of reservations and feeling contented with their ‘backwardness’.

Several eminent persons from the backward classes are convinced with the hollowness of reservation and quota system, and therefore it is time to revisit it. When the basic purpose of any system is defeated, or even threatened to be defeated, an overhaul becomes a necessity.