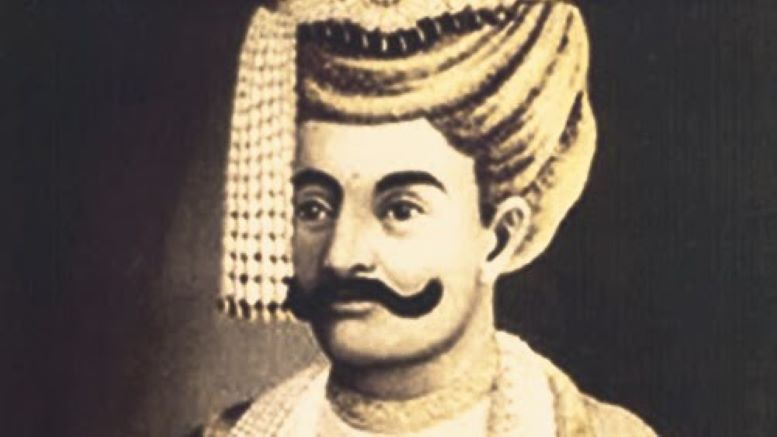 Politics in history writing has always been a part of the discussion in our country. Glorification of invaders, whitewashing their misdeeds and reducing great Hindu kings to a mere footnote and depicting them as greedy rebels are some of the most prominent features of our history writing. Many Hindu emperors suffered due to this politics and Deva Raya 2, Emperor of Vijayanagara is one of the best examples of this.

When he ascended the throne, huge Islamic Bahamani forces, sent by Bahamani king Firuz Shah, under the leadership of Mir-Fazl-Ul-Lah attacked Vijayanagara. In this fierce battle, both forces were fighting aggressively.

In the war, Mir-Fazl-Ul-Lah was attacked and killed by his own man, who was bribed by Deva Raya 2. This incident wounded Firuz Khan mortally and he fled from the battlefield. The rest of the Bahamani forces were massacred by the valorous Vijayanagara army.

After this, Deva Raya 2 focussed on local rebel chieftains. He started subduing them. In 1432, he won the fort of Kondavidu after a fierce battle. He defeated Reddys and recaptured territories lost to the Reddys.

He ultimately defeated the Gajapatis of Odisha in three battles (1427, 1436, 1441) and recaptured all the territories lost to Gajapatis. After winning and making a stronghold in Deccan, Deva Raya 2 turned his attention towards the southern parts, especially Kerala and Ceylon.

He conquered Quilon (Kollam) by defeating the king of Quilon. Many others regional chieftains in Malabar paid tribute to him. Although Zamorin (Samoothiri) managed to repel his attacks, he also feared Deva Raya 2.

From Quilon to Ceylon along with the Burmese King of Pegu, all paid tributes to Deva Raya 2. Under his reign, Vijayanagara Empire was spread from Kalinga to Ceylon and from Gulbarga to Quilon.

After the death of Firuz Shah, Khan Khanan ascended the throne by giving himself the title of Ahmad Shah in 1422. To avenge the humiliating defeat at the hands of Deva Raya 2, Ahmad Shah built a huge army and marched towards Vijayanagara.

As we know that Islamic invaders never fought wars on the basis of Raja Dharma and the Code of ethics. They attacked with huge cavalry on camps of Vijayanagara who were asleep. They attacked Deva Raya 2 when he was sleeping. Fortunately, he survived the attack and returned to his capital. Ahmad Shah chased Deva Raya 2 and, on the way, he destroyed rich temples, killed thousands of Hindus and ravaged all parts. He laid a long siege on Vijayanagara. Deva Raya 2 was forced to sue for peace and he had to pay a large tribute to Ahmad Shah.

In 1435, Bahamani Sultan Ala-ud-din dispatched his brother Muhammad Khan with a powerful army against Deva Raya of Vijayanagar —”who had withheld his tribute for five years and refused to pay the arrears. They laid waste the country in such a manner that the Roy in a short time was glad to procure peace by giving twenty elephants, a great sum of money, and two hundred female slaves skilled in music and dancing, besides a valuable present to Mahummud Khan.”

After getting hold of this wealth, Muhammad rebelled against his brother and captured important provinces like Sholapur, Bidar and others. Deva Raya 2 aided Muhammad Khan in this rebellion. Thus, by capitalising on the enmity between Sultan and his brother, Deva Raya 2 got enough time to recapture his lost territories.

After facing constant reverses from Bahamani forces, Deva Raya 2 organised a general council with all his ministers and officials. After discussing and studying the constant failures of the Vijayanagara army, he undertook the following reformation:

And these reforms were hugely successful. Vijayanagara army comprised of 8000 archers with 80000 cavalry and 200000 infantries. Although his later wars with Bahamani forces were failures but his reign marked as administrative and most prosperous era of Sangam dynasty.

“The great city of Vijayanagara is situated near very steep mountains. The circumference of the city is sixty miles; its walls are carried up to the mountains and enclose the valleys at their foot so that its extent is thereby increased. In this city, there are estimated to be ninety thousand men fit to bear arms.”

Nicolo has also written about the rich Hindu culture and festivals in the empire under the reign of Deva Raya 2. In the grand Ratha Yatra, richly adorned young women sang hymns to the god and were accompanied by a great concourse of people. There were three grand Utsavas celebrated in the empire.

On the first occasion, people of all ages (both men and women) gather and take bath in the river or sea and wear new clothes and spend the entire three days singing, dancing and feasting. On the second occasion, they conduct festivals within their temples, and on the outside on the roofs, an innumerable number of lamps of oil of SUSIMANNI is kept burning day and night. On the third, which lasts nine days, they set up in all the highways large beams, like the masts of small ships, to the upper part of which are attached pieces of very beautiful cloth of various kinds, interwoven with gold.

On the summit of each of these beams each day a man of pious aspect dedicated to religion, capable of enduring all things with equanimity, is placed, who is to pray for the favour of God. The third occasion was the grand Utsava of Maha Navami. Apart from this, other festivals such as Kanarese New year and Holi also celebrated in a grand manner.

Abdur Razzak also visited the city during the reign of Deva Raya II., but about twenty years later than Conti. He was entrusted with an embassy from Persia and set out on his mission on January 13, A.D. 1442

“The city of Bidjanagar is such that the pupil of the eye has never seen a place like it, and the ear of intelligence has never been informed that there existed anything to equal it in the world. It is built in such a manner that seven citadels and the same number of walls enclose each other. Around the first citadel are stones of the height of a man, one half of which is sunk in the ground while the other half rises above it. These are fixed one beside the other in such a manner that no horse or foot soldier could boldly or with ease approach the citadel.”

This was the statement of Abdur Razaqq while he visited the capital of Vijayanagara. It had defence of seven walls which was spread in several miles and guarded by lakhs of soldiers.

Although Deva Raya 2 was unsuccessful in subduing the Bahamanis in the later period, his reign marked by administrative reforms and expanding the empire from Kalinga to Ceylon. He subdued all the local chieftains and saved the great Vijayanagara empire from extinction. He reformed Vijayanagara in many ways such as raising impeccable defences and strong walls around the capital, elaborately constructed water canals and perfect irrigation, huge plantation of sugarcane and rice.

He appointed his right-hand man Lakshamana to increase overseas commerce.  During his reign, the sea trade flourished to great extent. Under his strong administrative policies, the Vijayanagara empire stood rock solid against Islamic aggression. He was the patron of arts and literature. Under his reign, many temples were constructed, especially in the southern part of Tanjore. He patronised many poets and himself was a scholar in Kannada and Sanskrit. He wrote Sobagina sone, a collection of Kannada poems and in Sanskrit, he wrote Mahanataka Sudhanidhi.

But, how many of us have read about this great emperor and administrator whose empire extended from Kalinga to Ceylon and stood rock solid against the Islamic Aggression and promoted the Hindu culture in difficult times.

In politics of History writing, unfortunately, the invaders who plundered, destroyed Bharat and massacred lakhs of Bharatiya are glorified and emperors like Deva Raya 2 who stood against these invaders to safeguard and promote native Culture remain just a lost paragraph of a book.