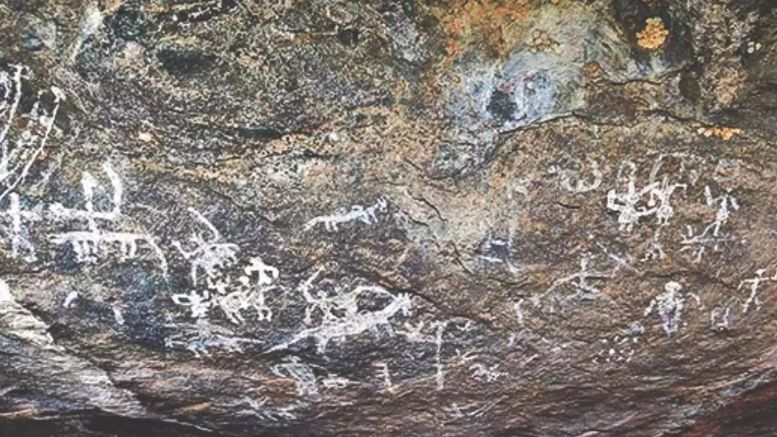 A group of archaeologists who were on a research purpose in a cave near Ikuntham in Kothapalli Village of Krishnagiri has stumbled upon rock arts, black and red ancient pottery, and microlithic tools belonging to different historical periods.

The rock arts which are two metres long and one metre tall, depict some religious activity. In the art, a group of people is seen standing carrying weapons in their hands while offering animals as sacrifices to the gods. Archaeologist, C. Govindaraj who is also curator of Government museum while speaking to IANS said, “In this cave art other than the men offering animals as sacrifice to god, a man, and a woman are seen mounted on a horse and mostly they would be the leaders of the group”.

The eminent archaeologist said that the rock arts would have been drawn before 300 CE as the horses were having saddles and is a relatively new development.

The noted archaeologist also said that the cave could accommodate at least 50 people at a time and said that he would send a letter to the state government recommending this place for excavation to conduct more research.

The black and red pottery found in the cave, according to archaeologists, was of megalithic period.