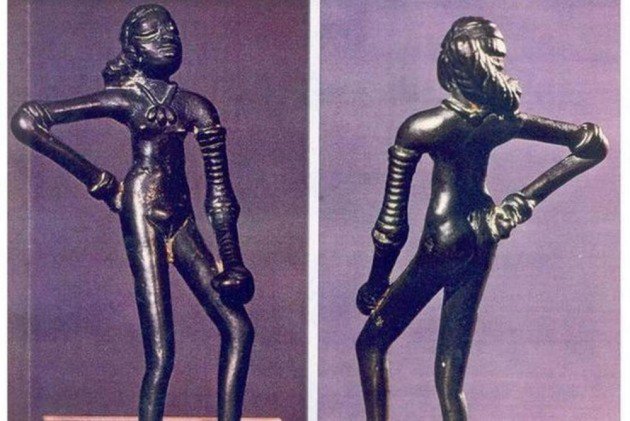 In this post we shall be highlighting few of the many cultural continuities from the bronze age Harappan or Sarasvati-Sindhu valley civilization (SSVC) down to the modern era for at least 5000 years, making Bharat the oldest surviving ancient civilization.

(Harappan terracotta figure wearing a turban like headdress and tikka on forehead,  from the book ‘Mohenjo-daro and the Indus Civilization’ by John Marshall)

Special sort of Anklets Hindu women wear can be traced back to the Harappan culture. 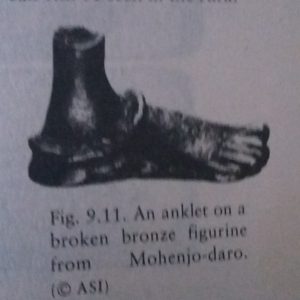 (Taken from the book ‘The Lost River: On The Trail of the Sarasvati’ by Michel Danino) 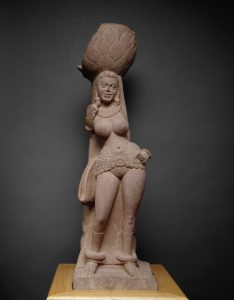 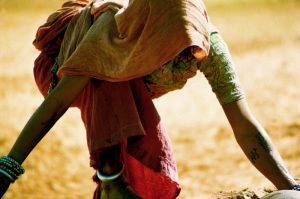 Tradition of wearing bangles, mostly all over the arms by women can be traced to the Harappan culture. 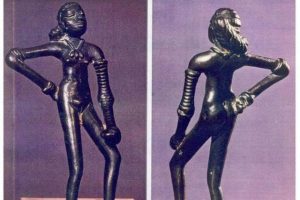 Waist chains worn by Hindu women can also be traced to the Harappan tradition. 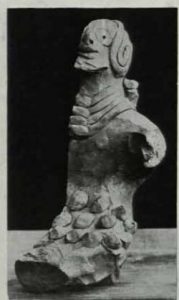 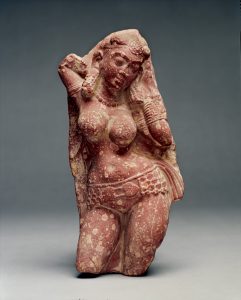 So from above points, it is clear that many fashions of modern Hindu women remain unchanged since bronze age

Swastika was a widespread ancient symbol all over the world, but particularly in Bharat it was a common symbol since ancient era and still remains a sacred symbol.

(Harappan Swastikas, taken from the book ‘Mohenjo-daro and the Indus Civilization’ by John Marshall) 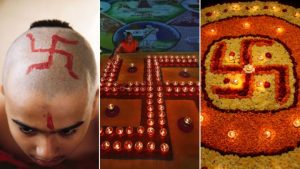 We had written about it earlier on HinduPost. The fenced or railed tree worship of modern Hindus has its origins in Harappan civilization. 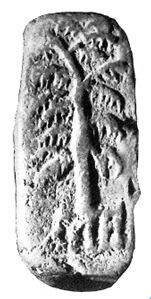 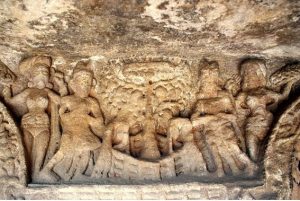 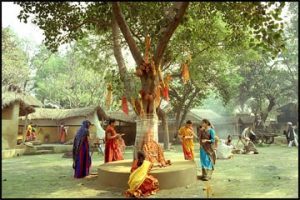 Bathing platforms or tanks can be seen in many Hindu temples, we can trace the origins of this tradition to the Harappan civilization, where bathing platforms like the famous ‘Great Bath’ have been found. 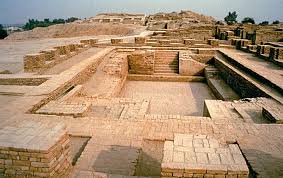 (The Great Bath of Mohenjo Daro) 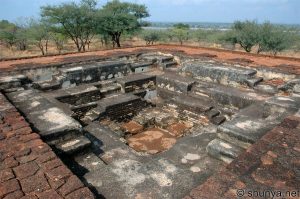 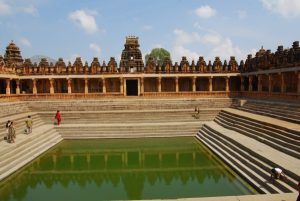 We have already written on ancient roots of Yoga. The most basic Yogic meditative postures are encountered in Harappan civilization, like this terracotta figurine with folded hands in ‘Namaste’ posture: 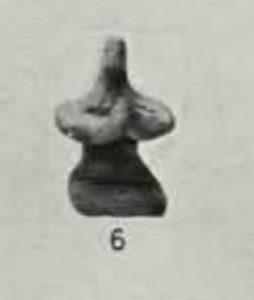 (Taken from the book ‘Excavations at Harappa’ by MS Vats)

Brick made fire altars found in Harappan sites clearly indicate presence of Vedic rituals in Harappan civilization. No Vedic ritual was possible without making use of fire altar. It is yet another continuity from Harappan era. 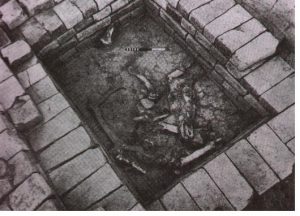 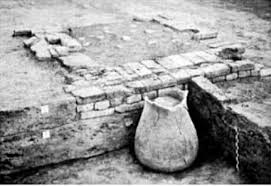 (Fire altar from Lothal site of Harappan civilization, taken from the book ‘The Lost River: On The Trail of the Sarasvati’ by Michel Danino) Thus, it is clear that many of the modern Hindu or Bharatiya traditions can be dated back to the bronze age, 5000 years ago. As inheritors of such an ancient tradition it is our duty to protect it and we must all take a pledge to safeguard the ancient traditions passed down to us by our great forefathers.