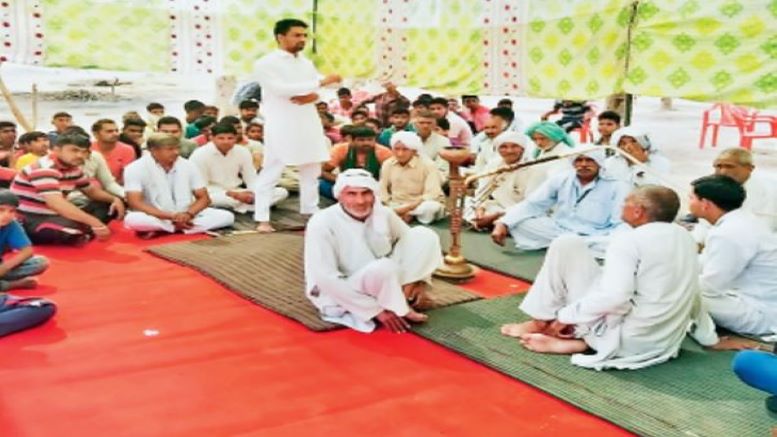 Various types of misconceptions are making the rounds in villages regarding the Chinese Virus pandemic fuelling vaccine hesitancy in rural areas. Due to lack of information or misconception, villagers often make decisions that harm themselves leaving them regretting their decision. A similar occurrence has come to light from Jind’s Roopgarh.

The villagers had boycotted vaccination earlier, but now they have requested the health department to vaccinate people as the number of deaths is on the rise in villages. The village, with a population of about 4500, did not have an infection in early April. The impact of the peasant movement was also felt here. Under these circumstances, the teams who came to vaccinate people had to face the anger of the villagers many times.

An announcement was made in the village that no one would go for the vaccination. According to officials, in the eight camps held here, only 5-6 vaccines were used each time. Meanwhile, after 22 April villagers started dying due to fever. By 14 May, 16 deaths had taken place in 23 days. The cause of death was determined as difficulty in breathing after fever.

The deaths changed the thinking of the villagers. A 36 fraternity panchayat was called to deal with the infection. The outgoing sarpanch Sandeep Ahlawat, who presided over it, has now asked the Health Department to come to their village and start the vaccination drive.

In the panchayat, it was also decided to raise funds and sanitize the village. Covid 19 protocols will also be considered. Hookah drinking in groups and playing cards will also be banned. A committee of 21 people has been formed for monitoring.