UP records less than 1% vaccine wastage 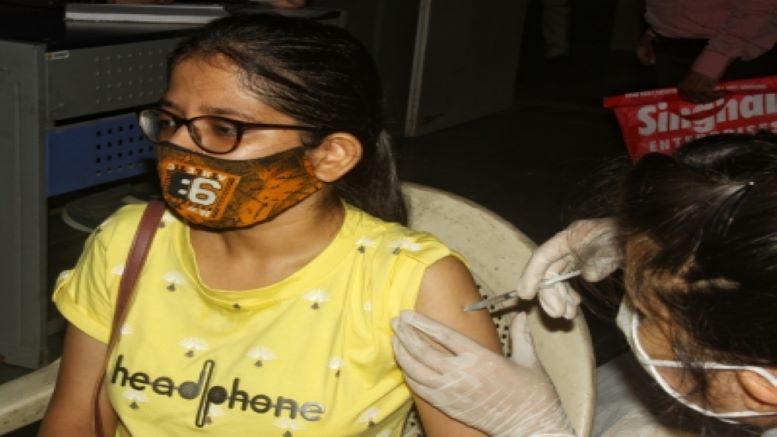 Vaccine wastage in Uttar Pradesh has dropped to even less than 1 percent since the extensive vaccination drive has been started in the state to ensure maximum vaccination coverage.

Wastage of both Covishield and Covaxin has been brought down drastically over the past two and a half months to under 1 percent, as per the health department data of June 12, 2021.

The consistent efforts made by the state government, including increasing the pace of inoculation, has resulted in total wastage of vaccine to 0.89 percent.

According to the government spokesperson, over 36 districts of Uttar Pradesh have recorded a negative wastage figure for Covaxin which shows more people are being inoculated than an intended number.

Vaccine wastage for Covaxin is merely 0.87 percent. When it comes to Covishield, the state recorded only 0.92 total wastage of vaccines with as many as 25 districts showing a negative wastage figure.

Vaccine wastage refers to the number of doses wasted as compared to administered during the drive.

Uttar Pradesh Chief Minister Yogi Adityanath has urged repeatedly on bringing down the vaccine wastage to zero in his high-level Covid review meetings with the officials.

In fact, the Chief Minister has already directed the officials to plan for scaling up of vaccination coverage through available stocks and anticipated supplies.

“Vaccine management is an equally important element and we are very mindful to keep the wastage to the minimum,” said a health official.

The state is clocking around 4 lakh vaccinations a day and is planning to vaccinate around 10 lakh people from July onwards.

“The target is to vaccinate 10 crore people by the end of August. There is a need to intensify the vaccination campaign. For the purpose, new vaccinators must be trained,” the chief minister has told officials.