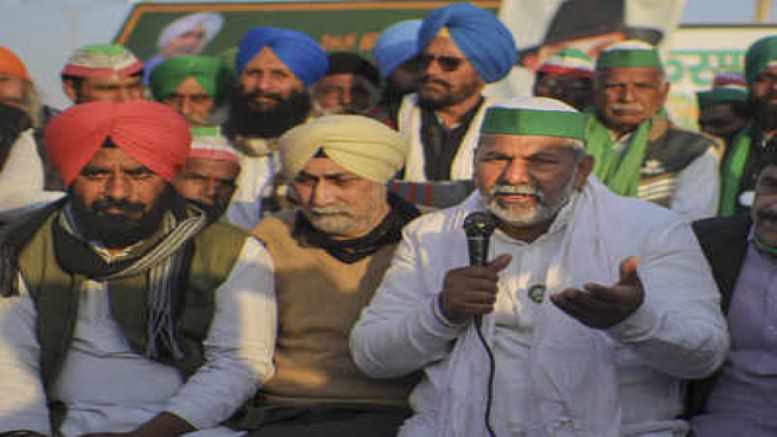 Farmers who have been protesting for several months at the Delhi-Haryana border have refused to undergo tests for the Chinese Virus at a time when Delhi in particular is seeing an exponential surge in cases. Farmers’ unions are coming up with bizarre excuses and unreasonable conditions to continue their protests despite the huge health hazard it poses.

On 19 April Anil Vij, Haryana’s Home and Health Minister, had announced that the state government would undertake testing of protesting farmers for the Chinese Virus. Following the announcement, on 22 April the agitating farmers at Singhu border refused to undergo the compulsory testing.

As per a report by The Print:

After a meeting between leaders of the farmer unions and the Haryana government, which included health and district administration officials, senior farmer leader Dr Darshan Pal told media that if any farmer is feeling feverish or has any other symptoms, the farmer will decide whether he has to get himself tested or not for Covid-19.

“There should be no compulsion about this,” Pal said. “Similarly, there should be no compulsion regarding vaccination. Farmers who want to be vaccinated are free to approach the centres opened by the government near the site or anywhere they want and get themselves vaccinated,” he added. “However, the government is free to put up banners and approach farmers, to which we have no objection.”

“The farmers outrightly refused any move to test them for Covid,” J.S. Randhawa, Senior Superintendent of Police Sonipat, told ThePrint after the meeting. “We will continue the process of trying to convince them and hold another meeting with them very soon,” he added.

“Already 1,100 farmers had been vaccinated through two centres that had been put up near the protest site,” he added. “In the coming days, we will increase the vaccination through mobile vaccination units.”

Contrast the refusal of farmers to undergo tests with Kumbh Mela attendees needing compulsory negative test reports to attend the Mela which was itself called off earlier keeping the pandemic in view. Even those devotees returning to Haryana were to undergo Chinese Virus tests.

Importantly, unlike the Kumbh at farmer protests in Punjab, Haryana, NCR, and Western UP ex-pats returning from UK and Canada are more likely to have carried the foreign strains and along with the protests itself led to the spread of the Chinese Virus resulting in rising cases.

Even as they refused to get tested and vaccinated, farmers are making wild allegations and bizarre conspiracy theories. They alleged that the Chinese Virus is a conspiracy by PM Modi.

A report by The Print in this regard says:

“We are not scared of the virus. We have been sitting here through the harsh winter and will continue to sit here in the sweltering heat. We are strong so Covid doesn’t affect us,” said Daljit Singh from Hoshiarpur who is protesting at Singhu border.

“Did people not suffer from cough and cold earlier? This corona is a sickness of the urban rich who never come out of their air conditioned rooms,” said a Nihang protester at Ghazipur, who did not wish to be named. “They eat too much fried food and spoil their bodies, which is why they’re dying…”

The protesters at both sites also dismissed the pandemic, terming it a conspiracy by the Modi government.

“Don’t people die of cancer, heart disease, and other illnesses? There’s just this corona-corona hype,” said Balbeer Singh, from UP’s Lakhimpur, at Ghazipur. “It’s just a means for Modi to impose a lockdown so people can’t gather, and to disperse the protest.”

“There have been no Covid cases here. If anyone suffers from a cold or has a fever we give them normal paracetamols and they get better,” said Sadhna, a paramedic operating a medical camp at the Singhu border. We don’t do Covid testing because Covid is just an excuse by the Modi government to make us end our protest.”

There have been reports of no protocols pertaining to the Chinese Virus pandemic such as masks and social distancing being followed at protests sites in Ghazipur and Singhu. With all norms being flouted and Delhi suffering from rising cases, it is high time farmers protests are called off because the health of the citizens can’t be put at risk to satisfy the ego of so-called farmers and farmer leaders.