The pros and cons of “Vaccine Maitri” 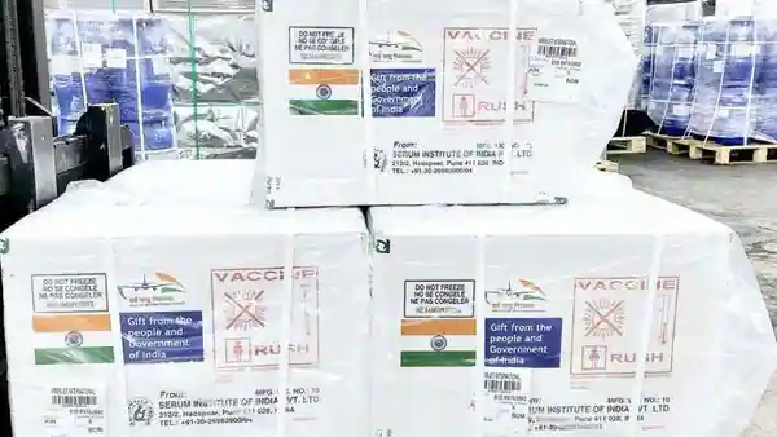 While on one hand the rich industrial nations have been stockpiling vaccines, Bharat has engaged in what is termed as “Vaccine Maitri” whereby many nations were provided with free vaccine doses.

This report and additional sources provide an idea about the number of doses provided by Bharat to various nations:

Several countries have additionally been given our vaccines on a commercial basis. These include Brazil, Morocco, Egypt, Algeria, South Africa, Kuwait, and UAE. Subsequently, other nations such as Paraguay have joined the list of countries receiving vaccines from Bharat.

The question being asked is whether the “Vaccine Maitri” is a good idea. In the light of the recent second wave of Corona infections, many have suggested that all age groups should have been given the vaccine. Some even suggest that all those above 18 years receive the vaccine since it is the younger people who have ended up being “super spreaders.”

Currently, Bharat’s case load of Corona cases is extremely high and some suggest that further waves cannot be ruled out. Would it therefore have been wise to first fulfil our own vaccine needs before doling them out to other nations?

The author cites the case of the 2009 H1N1 situation which led to 284,000 deaths globally while EU nations had booked advance orders for the vaccine crowding out lower income countries.

The foreign policy aspect of “Vaccine Maitri” is also appreciated by its proponents. It is considered a pragmatic step which would help improve bilateral ties, more so with neighbouring countries. Additionally, it is a means of providing an alternative to Chinese vaccines.

Critics of “Vaccine Maitri” point out that it is not wise to put Bharat’s own vaccine needs secondary to those of other nations. We should first have sufficient number of doses for our own population, more so when the vaccine rollout policy used so far is being reconsidered. Should rollout be for all age groups starting from 18 years?  In such a scenario, do we have sufficient vaccines?

When vaccine rollout was only being given to 60+ individuals, people were not forthcoming in coming forward to take the vaccine. This is why medical experts felt that it was wise to send out vaccines to other nations instead of waiting for the vaccination drive to catch on.

But if the age group criteria are relaxed, there is a likelihood of there being supply bottlenecks as witness recently in Tamil Nadu as reported here–once the rollout was opened up for the 45+ age group, a vaccine supply bottleneck was experienced and many in Coimbatore and Chennai had to be turned away.

Similarly, the Maharashtra government has also complained of a vaccine shortage especially in urban centres, but the Union Health Minister has stated that there is no dearth of vaccines while responding to the complaint by Maharashtra and a similar complaint by Andhra Pradesh.