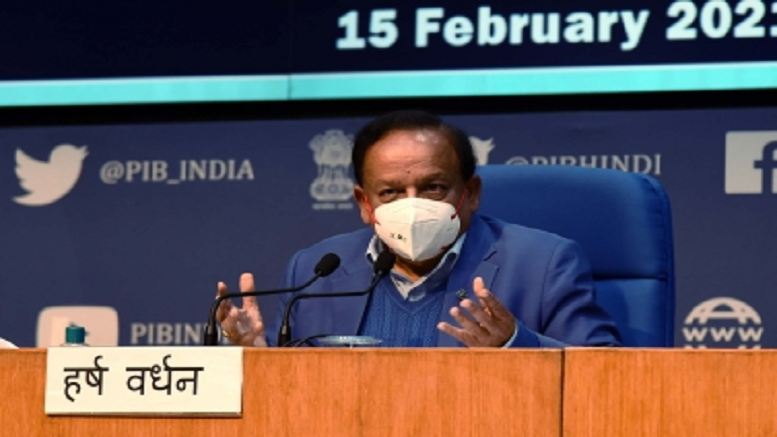 A state unit of Indian Medical Association (IMA) has turned against the national body over its sharp criticism of Union Health Minister Harsh Vardhan for endorsing Patanjali’s Coronil tablet.

The Delhi Medical Association (DMA), a state branch of IMA, has called out its national executive body’s statement against Harsh Vardhan defamatory and an act of garnering cheap publicity. Incidentally, Harsh Vardhan is a past President of the state branch

“The IMA has fabricated the facts to make a sensational case against the Health Minister only to achieve cheap publicity by abusing a sincere dedicated and honest member of IMA who has brought laurels to whole medical community by occupying the position of the Union Minister of Health by his sheer hard work, sincerity and integrity,” the DMA said in a statement.

On Monday, the IMA had questioned Harsh Vardhan about promoting Patanjali’s “unscientific” ayurvedic tablet Coronil as the first evidence-based medicine for Covid-19 and sought a public explanation from him.

“Being the Health Minister of the country and a modern medicine doctor, how ethical is it to promote an unscientific product before the country? How justified is it to release a false, fabricated and unscientific product? If Coronil is so effective, why spend Rs 35,000 crore on vaccinations?” IMA had asked Harsh Vardhan in a letter.

The apex body of doctors also accused the minister of violating the Medical Council of India’s Code of Ethics by promoting a drug with unsubstantiated claims of treatment. The IMA had also said that it would write to the National Medical Commission about the “blatant disrespect” for the MCI code.

The issue started when Harsh Vardhan, along with Minister for Road Transport & Highways Nitin Gadkari, attended an event on Friday called by Patanjali wherein it presented a research paper for its drug Coronil which it touted as an effective medicine in prevention and treatment of Covid-19.

The drug firm also publicised that it has received Certificate of Pharmaceutical Product (CoPP) as per World Health Organisation (WHO) certification scheme, which the UN body denied publicly.

DMA said that Harsh Vardhan attended Patanjali’s event in his capacity as the Union Health Minister and not as a modern medicine practitioner.

“Harsh Vardhan didn’t speak a word about the CORONIL, where is the question of promoting it. He only emphasised time and again that we intend to develop Ayurveda into an evidence based medical system of treatment in Modern India,” the state body said while vouching for Harsh Vardhan.

It added that the IMA has no authority to take action against the members as it is a voluntary body. “Even the medical council can take action against its members only in regard to their professional conduct and not for any Ministerial action,” the DMA claimed.

Meanwhile, the state unit asked its national organization to not interfere in trail of any drug and advised the IMA to focus on its fight against “mixopathy”.

“IMA has no business to question the methodology of trial of an Ayurvedic Drug. How was it conducted? Where was it conducted? How many patients were involved is to be seen by the certifying authority and not the IMA,” it added.

Responding to DMA, IMA national president, J.A. Jayalal said that the DMA has expressed its opinion based on the input from the past state President of the unit while his statement expressed the professional scientific view as a collective consciousness of 3.5 lakh doctors.

“IMA has expressed the ethical view of professional breach of code of ethics as it will make scores of citizens go culpable by the unscientific claim of the Patanjali corporation on the efficacy of Coronil as a cure for Covid-19. It is appropriate to explain and make it known to the citizen by the Health Minister that he is not endorsing the trade of corona as curative medicine and not party to the false claim on the certification of the WHO and DCGI on the efficacy of the drug,” he stated.

“Apart from the professional propriety issue, IMA has no comments on our Hon Health minister and IMA HQ stands by our view,” Jayalal added.