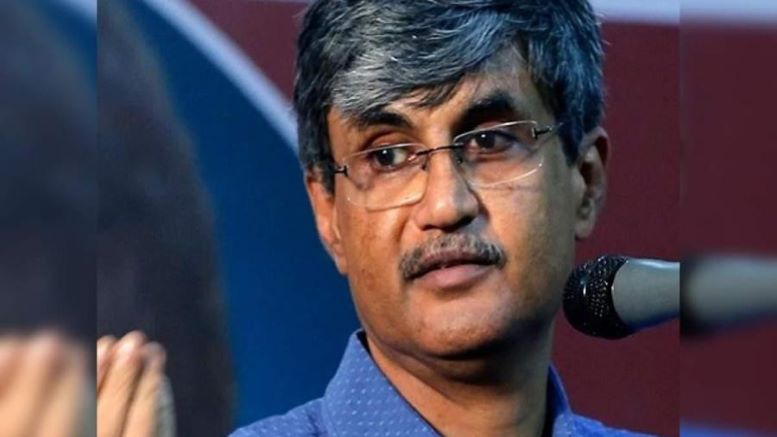 Wearing a mask is said to be one of the important ways of protecting oneself and others from the Chinese Virus. As Bharat grapples with rising cases of the virus during the second wave, one would expect doctors identifying themselves as ‘rationalists’ to follow the protocols. A Congress-leaning ‘rationalist’ doctor Srinivas Kakkilaya, however, refused to wear a mask and entered into an argument with the staff of the supermarket in Mangaluru.

Dr Srinivas Kakkilaya, a physician and expert on public health, was booked under the Karnataka Epidemic Diseases Act after a video, in which he was not wearing a mask at a supermarket and even refusing to do so when asked by the shop owner, went viral evoking strong criticism on social media.

Kakkilaya, a strong critic of many policies of the Centre especially with regard to COVID-19 management, was at Jimmy’s Supermarket in Kadri on Tuesday without a mask. When he approached the cash counter, Ryan Rosario, a partner of the supermarket, asked him to wear a mask but Kakkilaya refused to do so. An argument broke out between Ryan and Kakkilaya in front of other customers.

Ryan is heard reminding the doctor about the government rules and even offered him a mask in case he doesn’t have one. Still, Kakkilaya refused to obey the rule. The incident was captured on the CCTV of the supermarket and was widely circulated on social media on Wednesday evoking strong reaction from the public towards the doctor’s behavior with some of them even demanding his arrest.

On Wednesday, a police complaint was lodged by Ryan against Srinivas with the Mangaluru East (Kadri) police station. The complaint stated that Kakkilaya was risking the lives of both the supermarket staff and other customers by not wearing a mask. Ryan has further stated in his complaint that Kakkilaya supposedly told him that he doesn’t wear a mask while treating his patients and termed the mask rule as ‘foolish.

Kakkilaya is opposed to wearing masks and has openly stated that only those with symptoms have to wear masks. The IMA’s (Indian Medical Association) Mangaluru branch, however, has strongly condemned Kakkilaya and his behavior. In a statement, IMA said that it strongly condemns Kakkilaya for his ‘misleading action’ and ‘irresponsible statement’.

Furthermore, the association statement also stated that it stands by the government guidelines and endorses the wearing of masks by everyone in public places. In the meanwhile, Kadri police have booked Kakkilaya under Sections 4, 4, and 9 of the Karnakata Epidemic Act 2020.

Rationalists are probably the most irrational people as has been proven time and again. Not surprisingly, Kakkilaya is a columnist with the left-leaning portal The News Minute. For all their talk of ‘scientific temper and left-liberals such as Kakkilaya are guided not but logic but by their political leanings. It is unfortunate that a doctor would base his views on the political party he supports even as the country has been reeling under the pandemic and the Centre, as well as medical professionals, are giving it their all in these testing times.