Aurangabad village achieves 100% vaccination of its 45-plus population 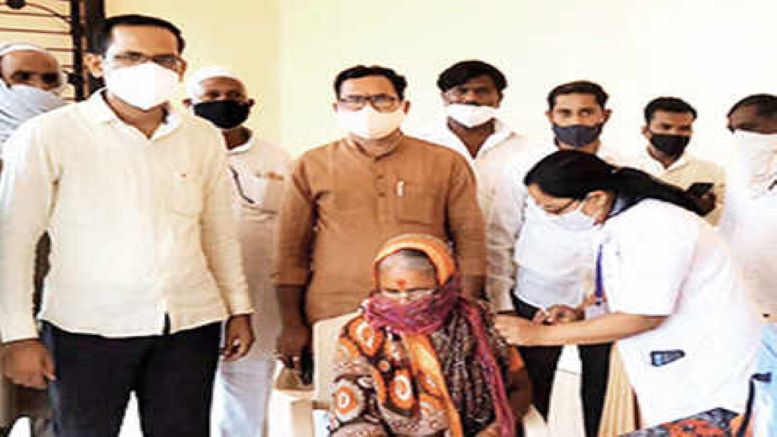 A village in Aurangabad has completed 100% vaccination of its 45-plus population at a time when rural areas are faced with vaccine hesitancy.

According to the Times of India report, considering the superstition and misconceptions about the vaccine that had clouded the villagers’ minds, the 100% result is a landmark achievement. The report further says:

When the village council asked those above 45 to submit their Aadhaar cards for a vaccination drive, only five gave it. A bit of probing and prying gave a glimpse into their misconceptions. While some had watched fake videos claiming people had died after taking the jab, others believed that the vaccine had resulted in people being forced to amputate their arms due to infection. Some villagers also had religious reservations, whereas women had their own set of concerns.

This led to awareness camps, where the doubts of the villagers were addressed with help from health officials from the taluka. “These camps helped bring about a change,” said Sarla Zhalte, who works in the local Anganwadi. She added that health officials visited homes to convince the residents. The women started trooping in first; the men followed. On April 27, on the occasion of Hanuman Jayanti, villagers took their first shot of the vaccine on the premises of the local temple.

It took a month to convince the village, but it has now become a torchbearer of change, said sarpanch Krushna Gawande, adding that today the villagers feel a sense of pride in this achievement. The village has not reported a single case of Covid since last year, said Gawande. But this had led to complacency, making the villagers feel vaccine was not necessary for them. However, when the sarpanch and helpers in the Anganwadi took their first shots, the others were influenced. “After taking the vaccine, we used to deliberately work at the gram panchayat office for longer duration so that people would see that we were all hale and hearty despite taking the jab,” said Zhalte.

Janefal has been following all Covid-appropriate norms. Those who come visiting have to quarantine themselves for at least seven days in a vacant school before going to their houses. Even weddings were held in open fields and only 10 villagers were allowed at the wedding venue at a time to have food.

“This village has become a role model for many of the neighboring villages,” says Dr. Satish Sabale, medical officer of the taluka. “People around have now heard about Janefal. We are now getting demands from other villages around to set up vaccination camps for them too.”

In Janefal, the village panchayat is making efforts to hold another vaccination camp for the 18-44 age group now that they have been made eligible for it. But this time around, there is a bit of a hitch. With online appointments and registration being mandatory, the residents are having trouble. “Most of our villagers are not too savvy with booking appointments online,” said Gawande. “We hope some assistance is given to us so that we can get all eligible villagers vaccinated soon.”

The lynching of Manoj does not count for left-liberals, here’s why