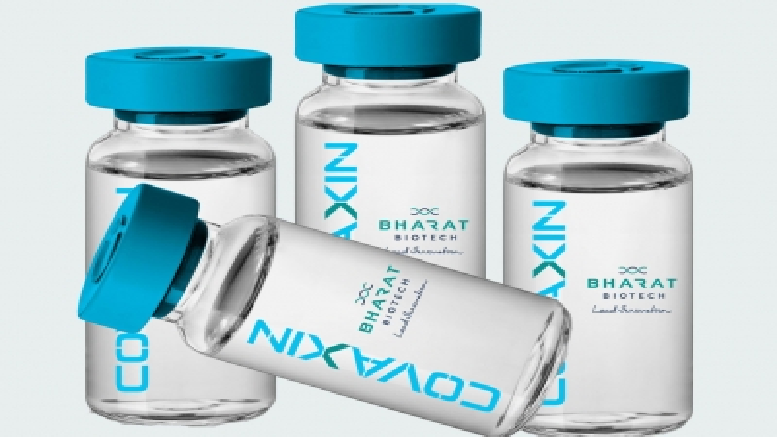 Earlier, in the day Australia recognised Bharat Biotech’s Covaxin along with Covishield for allowing entry of travellers who had received the vaccine. The Therapeutic Goods Administration (TGA), the Australian drug regulator, announced that it has recognised two more Covid-19 vaccines not registered in Australia but used widely internationally, which includes Bharat Biotech’s Covaxin and BBIBP-CorV (manufactured by Sinopharm, China).

The TGA further stated that with recognition of Covaxin, and BBIBP-CorV, along with the previously announced recognition of Coronavac (manufactured by Sinovac, China) and Covishield (manufactured by AstraZeneca), means many citizens of Bharat and China as well as other countries in the region where these vaccines have been widely deployed will now be considered fully vaccinated on entry to Australia.

The TGA stated that this will have significant impact for the return of international students, and travel of skilled and unskilled workers to Australia.

The TGA mentioned that in recent weeks it has obtained additional information demonstrating these vaccines provide protection and potentially reduce the likelihood that an incoming traveller would transmit Covid-19 infection to others while in Australia or become acutely unwell due to Covid-19. “The supporting information has been provided to the TGA from the vaccine sponsor and or the World Health Organisation (WHO),” it said.

In addition, with input from the TGA, Australian Technical Advisory Group on Immunisation (ATAGI) (ATAGI) have determined that those who have received two doses of a TGA-approved or recognised vaccine at least 14 days apart are regarded as fully vaccinated from seven days after the second dose (with the exception of Janssen vaccine, where they are regarded as fully vaccinated seven days after the single dose). This includes homologous (two doses of the same vaccine) and heterologous (two doses of two different TGA-approved or recognised vaccines) schedules.

“From 1 November 2021, vaccinated Australians and permanent residents aged 12 and over may depart Australia without the need to seek a travel exemption,” the statement added.