100% Covid vax, a remote village in MP shows the way 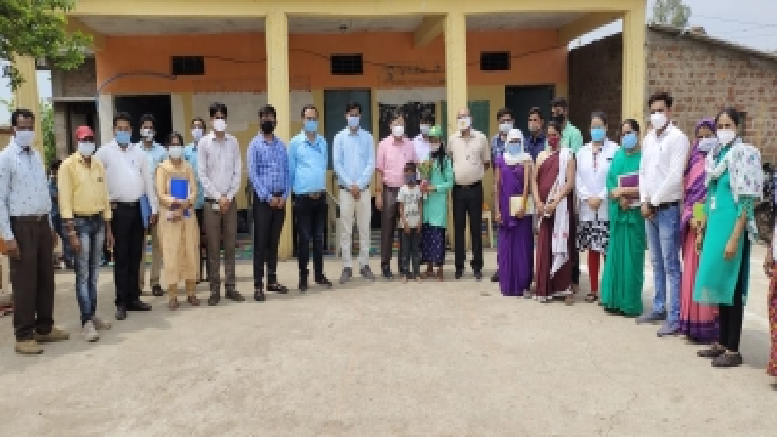 A remote village in Jhabua district of Madhya Pradesh has become the first one in the state to vaccinate all its adult population against the coronavirus disease.

Narasimhunda village, which falls in Rama Block, is the first in the state to have inoculated its entire adult population with both doses of Covid vaccine.

The total population of this village is 178, out of which 110 eligible persons have been inoculated. Of these, 20 are above the age of 60, while 15 are in the age group of 45 to 59 and 67 in the age group of 18 to 44. Apart from this, four health workers and three frontline workers of the village have also received both doses of the vaccine.

Jhabua District Magistrate Somesh Mishra says that efforts are on to get 100 percent people vaccinated in the entire district. There are seven gram panchayats in the district where all the eligible population have received at least the first dose. The health department is working to ensure that all the eligible people get vaccinated in villages other than Narsinghrunda.

In the tribal-dominated areas, vaccination was not less than a challenge, as tribal community members were not ready to be convinced easily. Even in Jhabua district, there were attacks on the parties that went to administer jabs. In March-April this year, Jhabua district was second from the bottom in the state — 51st out of 52 districts in terms of vaccination.

Immunization Officer Dr Rahul Ganawa has said that at present 73 per cent of the eligible population of the district have received the first dose of the vaccine, and efforts are on to finish the job by the end of September. The health department is getting the support of all sections of the society. Also, the search is on for those who have gone out of the district.