On August 23, Adani group began the process of acquiring through shares, 29% of NDTV. This news made waves, with the Left not only in Bharat but at the global level losing its marbles. The same can be seen by the comical ‘news’ pieces published by them ‘fearing’ for Bharat’s freedom of press and democracy, all held up by the baseless pillars of their arguments which we debunk in this article.

By 2009-2010 Radhika Roy and Prannoy Roy, who as promoters own a collective of 32% of the company, in the backdrop of their falling ratings and global financial crisis took an interest-free loan of $50 million in exchange for stock warrants. Even though NDTV has been working on a non-profitable model, often spreads misinformation and began its descent to ruins during the reign of its beloved Congress party, the Washington Post, as NDTV’s white saviour, attributes all the hardships and failures of NDTV to Modi, the BJP, or any other ‘right-wing’ individual they can get their hands upon.

Roy however could not furnish this loan and the loan had to be written off by the bank. The bank on their approval, sold the account to an Asset reconstruction company so that the debt could be converted to shares and sold to the highest bidder and the bank could recover its loan. These warrants were in the possession of Reliance Industrial Investments and Holdings Ltd. until their purchase by Adani, who expressed his intention of converting them into shares amounting to 29% of NDTV. He further expressed his offer to buy another 26% from the open market

Upon these transactions, amidst their legal troubles, the Roys started a hue and cry in the media saying the same was done ‘illegally’ and the deal was done “without discussion, consent or notice”. They claimed that as they were barred from buying or selling shares in Bharat’s securities market till November 2022, the acquisition by Adani cannot be legal.

The above-mentioned warrants were held by the company Vishvapradhan Commercial Private Ltd (VCPL), and on August 23 Adani executed the takeover of this company, acquiring the warrants in the process and exercising his legal right to exchange them for shares in the company.

Since this exchange of debt for warrants happened over a decade ago, and the Roys no longer had a say on the warrants and their handlings, the transaction took place between Reliance Industrial Investments and Holdings Ltd. and the Adani group, upholding its legitimacy. Adani was by no law required to give notice of his change of warrants into equity, as the promoters of NDTV had already approved the same in 2009-10 when the debt was recovered from them in the form of warrants.

The consent of the Roys is irrelevant in the matter because they aren’t party to the transaction and are merely stakeholders in the same, while the company is a separate legal entity.

Gautam Adani, a businessman just conducting his business, was caught in the dirty mud splashing by the left-wing media. Known for his statements asking for the separation of politics and corporates, he is known to be accused of acquiring the shares of the media house only to ‘suppress their journalistic integrity and freedom’ by being a majority shareholder. The same ‘integrity’, mind you, that wasn’t threatened by accepting and the nonpayment of an interest-free loan, and built off of the back of misinformation and spreading anti-national rhetoric.

If anything, the addition of Gautam Adani, a veteran businessman, should ideally be a great addition to correct the Hinduphobic left-leaning productions of the media company, a step that is sure to help cut their losses as a business.

At the forefront of the arguments is Adani, as the fourth richest man in the world, buying off the media house and using it as a means of ‘political appeasement’ towards his ‘political affiliates’. This argument is based on the bold presumption that Adani is best buddies with the current prime minister of Bharat, or as gets more click, an infamous “Modi ally”.

The sole argument that is supposed to back this claim is that both belong to the state of Gujrat and saw their success around the same period of time. Although by this logic, Alia Bhatt too, by virtue of being a Gujrati, and gaining notoriety during the rise in popularity of PM Modi, is a “Modi ally”.

While Adani is criticised for his purchase of the media house, our neighbourhood rich guy Jeff Bezos owned Washington Post writes on how “Fears for independent media in India as tycoon eyes major news channel”. How dare a non-White rich man diversify and own shares in a media house, oh the horror! The only difference between Mr. Bezos’s acquisition of the Washington Post and Mr. Adani’s attempted acquisition of NDTV is the perceived sides of the political aisle that the two billionaires stand on.

Being the flagbearers of the left-liberal West, a billionaire who doesn’t vehemently oppose the right and everyone on it, acquiring shares in a media house, by its nature must be a threat to ‘independent’ media, while those dancing to the tune of the narratives set by the left, or in support of their agenda like Mr. Bezos and his Washington Post, are seen as the golden standard.

This double standard based on political ideologies and assumed moral superiority is a recurring theme, forming the basis of the Global Left’s hue and cry over a non-issue.

While they question the intention, integrity, and morality of Adani, it would be fair for us to take a peek into the credibility they bring to the table as defenders of NDTV, described as the “crown jewel in the media landscape” by Saba Naqvi, a freelance journalist who is also a visiting lecturer at Jindal School of Journalism and Communication.

NDTV as a source itself has never been too reliable, with its reputation as a left-worshipping and habitual fake news peddler only strengthening over the years. What doesn’t help is even more instances of fear-mongering be it in the case of instigating communal feuds, fake statistics regarding a worldwide pandemic, on matters of Bharatiya security and diplomacy, or circulation of anti-national rhetoric.

Coming to the articles by the Washington Post and Reuters, both are based on false pretenses as debunked above and hold little to no credibility due to their own inherent biases.

Media observers and veterans of the field say that ownership by corporate titans has had a negative effect on journalism, but why is this only problematic when owned by the apolitical Adani, and not when Hindustan Times group is owned by the Birlas, Network18 by Ambani; or when corporate honchos like Ratan Tata, Uday Kotak invest, albeit in a personal capacity, in Shekhar Gupta’s The Print; or when political dynasties like DMK own news channels like Kalaignar TV and Sun TV?

This double standard seems to be against an ideology and not a person – and the ideology which rankles is of not submitting to the whims and fancies of the left, a refreshing change in the media landscape. 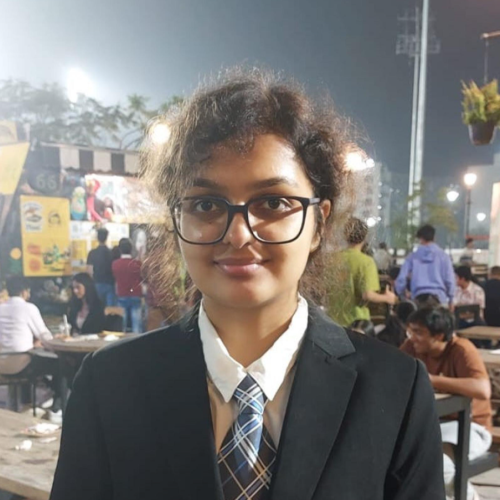